EXO-CBX delighted fans as they appeared on “!t Live” on Naver’s V Live to talk about a variety of topics, including a cute nicknames EXO-Ls have given them, as well as stories related to their “Blooming Day” music video.

EXO-CBX were joined by Super Junior’s Leeteuk and Girls’ Generation’s Sunny on April 15. While talking about the images each member has, with Chen being the model student, Baekhyun being the one full of mischief, and Xiumin being the fairy, the unit group also revealed that they’ve earned a new nickname from fans. They said, “Our fans call us squirrels,” and explained that they think it’s because they seem more petite than the other EXO members. They had everyone laughing when they jokingly added, “We don’t even wear insoles because we want to be as honest as possible.” 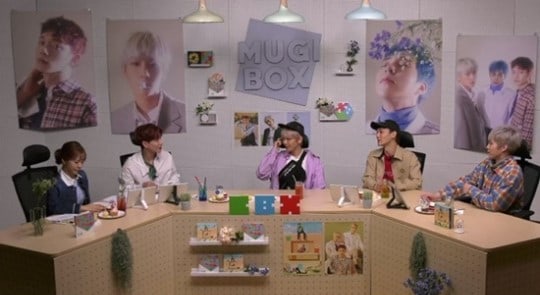 When a fan asked if EXO-CBX could share some stories about their music video, Chen said, “In the music video, there’s a scene where we’re lying down and flowers fall on us. I first thought to myself, ‘How much could flowers actually hurt?’ but it honestly felt like fist-sized hail was raining down. It really hurt.” Xiumin backed his fellow member up as he added, “The flowers were really heavy.”

It was also revealed that the key EXO-CBX used as a prop in their music video had been sold out. Hearing this, Xiumin expressed his gratitude towards their fans as he stated, “I’m so grateful. That’s so cool. The people who truly raise our value are our fans.” 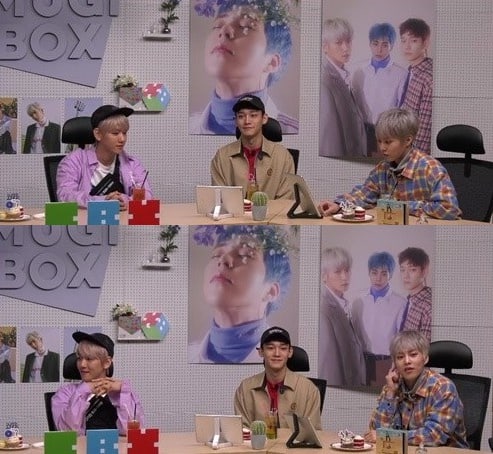 The members also had fun as they played a game where they had to guess new slang words to varying degrees of success. As they wrapped up the broadcast, Baekhyun said, “It was nice to learn new phrases, and I really like the concept of communicating with fans on the spot like this.” Xiumin added, “This is our first round of promotions in a while, so it was nice to be able to learn new things like this. I had so much fun.” Finally, Chen said, “Today was a new way for us to communicate with our fans. If we get the chance, I hope all the members of EXO can come next time and have fun.”

EXO-CBX recently made their comeback with “Blooming Day,” don’t forget to check out the music video!