On April 15, the show aired the second part of the cast’s visit to Vietnam with soccer coach Park Hang Seo. After eating dinner, the four members played a game to choose one member to sleep in the same room with their newest master.

As the room only had one bed, Park Hang Seo proposed, “I’ll give a signed uniform to the person that sleeps on the same bed as me.” He explained that a soccer ball and uniform with the coach and players’ autographs were previously sold for 1 billion won (approximately $933,450) at an auction.

After hearing this, the members said, “This gift is worth at least 300 million won (approximately $280,035,” and became determined to win.

The members competed to see who could eat a whole lemon the fastest. Lee Seung Gi held up his lemon and reminisced about his past experiences on variety shows where he ate lemons. He commented, “This familiar smell. It’s been a while.”

Lee Seung Gi, Yook Sungjae, and Yang Se Hyung, however, were not prepared for how sour the lemons would and expressed the taste with their bodies and facial expressions.

To the rest of the cast’s surprise, Lee Sang Yoon finished eating an entire lemon, twice, without much change in expression at all. The actor easily won the competition, and the signed shirt. In the end, the entire cast and coach Park Hang Seo chose to sleep on the living room floor altogether. 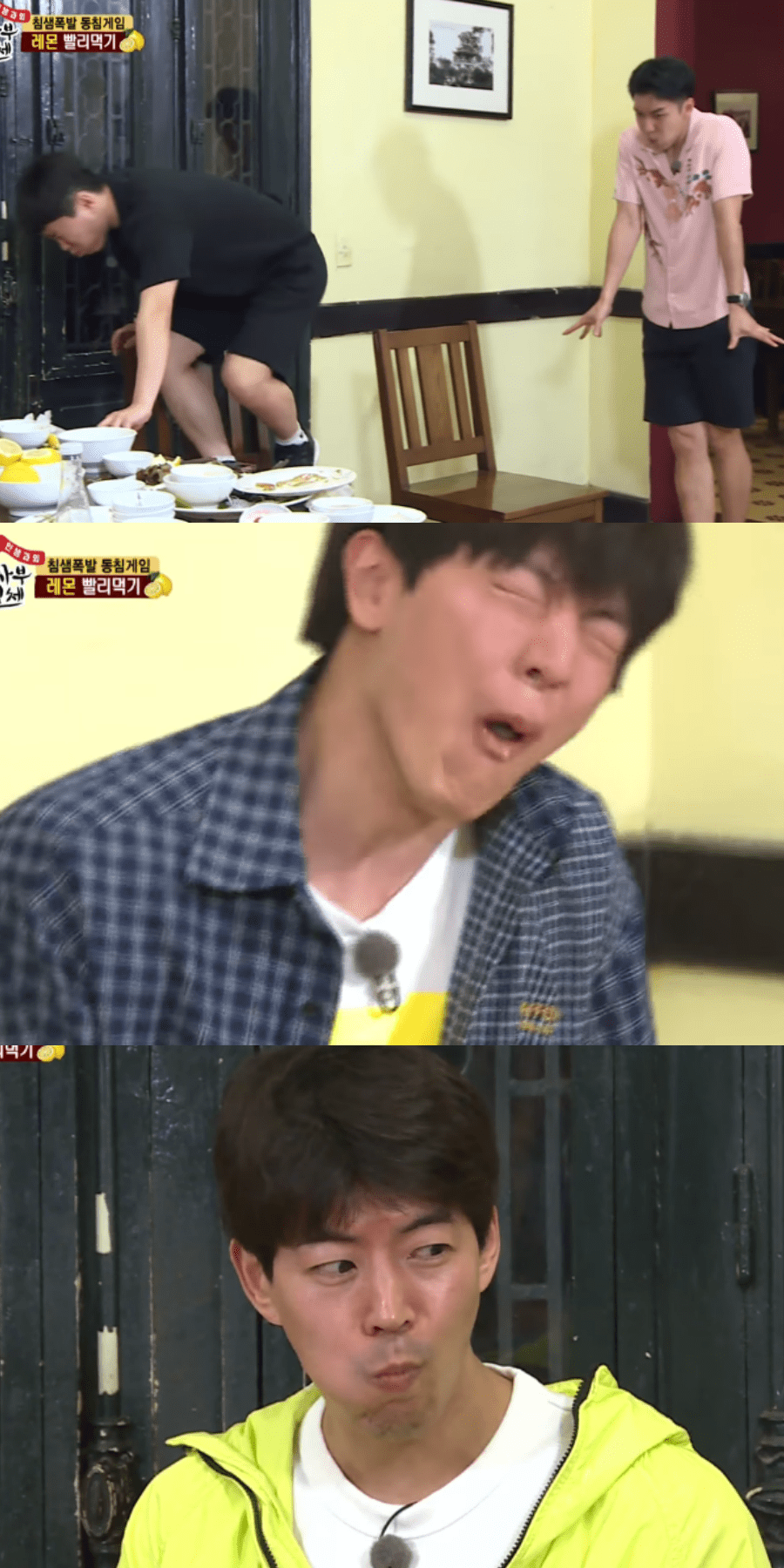 After eating the lemons, the members said things like, “Vietnamese lemons are different. They’re brutal,” “You shouldn’t think of these lemons like the ones that you know,” and “It would be a huge hit if the SBS variety show department imported Vietnamese lemons.”