“Rich Man, Poor Woman” is a remake of a 2012 Japanese drama of the same name. It tells the story of Lee Yoo Chan (EXO’s Suho), a genius CEO who seems almost flawless but has face blindness, and Kim Bo Ra (Ha Yeon Soo), an optimistic job-seeker who has an “Alpha Go-like” memory.

In the drama, actor Oh Chang Suk is Min Tae Ju, the co-founder of Next IN with Lee Yoo Chan as well as its vice president. While he has a bickering relationship with Lee Yoo Chan, Min Tae Ju is known as a caring senior to the juniors in their company. A key figure in her acceptance into the company, he becomes a steadfast and dependable senior to the unpredictable Kim Bo Ra.

Newly revealed stills depict the two characters’ mentor-mentee relationship, as Kim Bo Ra looks at Min Tae Ju with trust in her eyes and he responds warmly. Considering his experience and skills, his guidance of the rookie Kim Bo Ra will be something to look forward to seeing in the drama. 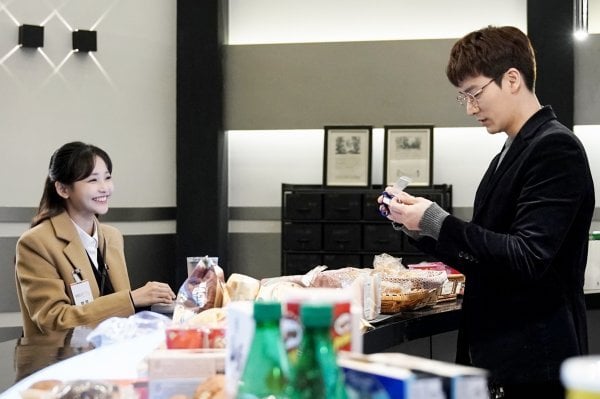 “Rich Man, Poor Woman” will premiere on May 9 at 11 p.m. KST and will be available exclusively on Viki! Check out a trailer below!