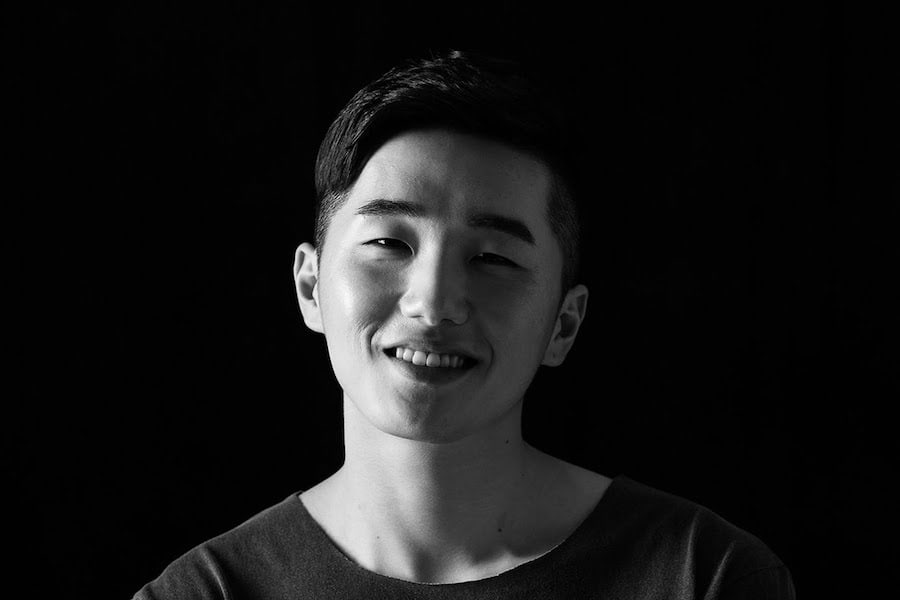 Solo artist Nilo’s song “Pass” is maintaining its top spot on charts as the controversy over its sudden success continues.

Nilo’s agency has been under suspicion of chart manipulation after the artist’s song “Pass” shot to the top of the charts several months after its release, beating out popular artists including EXO-CBX, TWICE, and Wanna One. Much of the doubt about the success of the song stems from the fact that it begins to climb on charts daily during the middle of the night, when songs by idols with large fanbases usually top charts as fans stream while other listeners are sleeping.

On April 17, SBS’s entertainment news show “Night of Real Entertainment” highlighted the track’s controversy through interviews with industry experts as well as representatives from Nilo’s agency.

A source from a music site was asked if it was possible that chart manipulation had led to the song’s success. “There has been no abnormal use on our chart,” they stated. “Even if attempts are made to do so, we have had a system to block abnormal use for the past ten years. It would be hard to attempt that.”

“Night of Real Entertainment” pointed out that despite these claims, the comments on the song on music websites are almost entirely negative and show users’ suspicions about its top spot on the charts.

Gaon Chart chief researcher Kim Jin Woo, who released an opinion piece analyzing the controversy, was interviewed as part of the segment.

He said, “To be honest, almost all people in the music industry know about this, but the period during the early morning on music charts is when idol fandoms come together to listen to their music. It’s a time period when it’s difficult for most songs to reach No. 1. Suspicions have arisen because a singer who’s not well known has entered with a ballad during that time.” 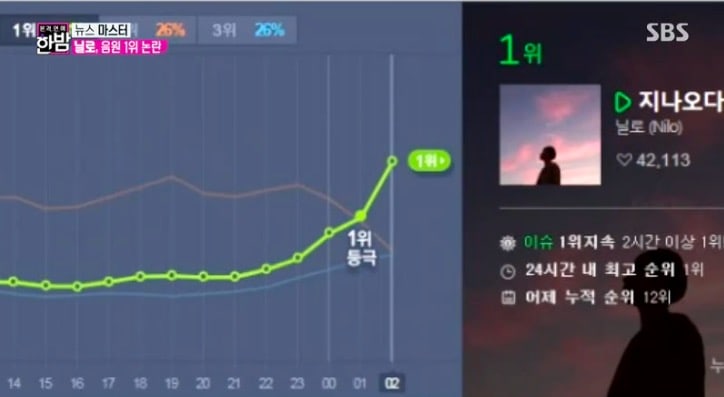 When the show interviewed representatives from Nilo’s agency, they asked them directly if they had engaged in any form of chart manipulation.

Agency head Lee Shi Woo replied, “There has been none at all. We have no understanding of the system itself, to the point that we found out that there hadn’t been any abnormal activity because we heard through a report by a music chart.” 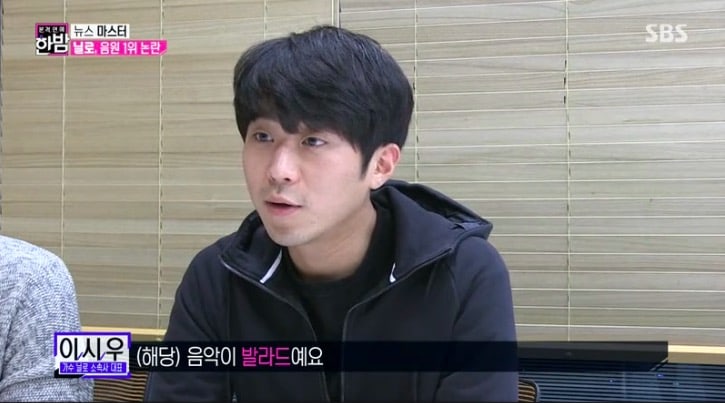 “In regards to the graphs, we’d never even thought of music charts as being graphs,” he stated. “We also aren’t unable to understand how this has happened.”

Nilo’s agency has previously responded to the controversy by stating that the success of the song was due to “viral marketing,” with news of the song spreading via social media posts. When asked if it’s possible for a song to reach No. 1 just through the power of social media, researcher Kim Jin Woo replied that it would be difficult to do so with only that.

The agency had also stated that they had particular “know-how” that had led to the song’s chart success. The reporter brought up this comment to the agency representatives, who replied that they’ve been actively promoting their obscure artists through social media, as they write and share posts that would appeal to the public.

“We’re a company that does that well,” said Lee Shi Woo. Fellow representative Song Joon Ho said that it has been due to good luck, good sense, and coincidence. 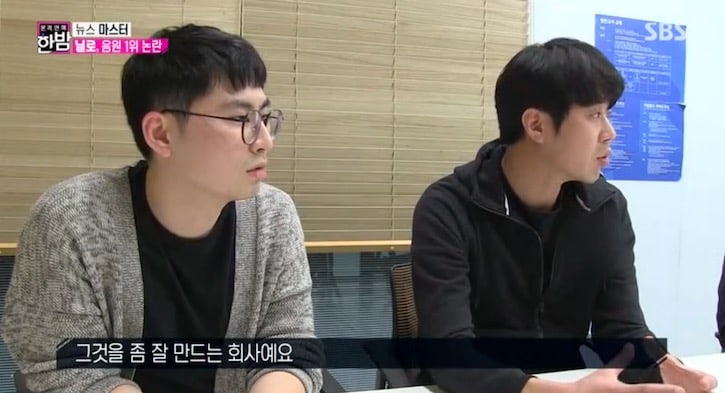 “Night of Real Entertainment” also interviewed a lawyer about the way the agency promotes its music on social media as though they’re someone not connected to the artists. He stated that such activities could be seen as a form of deceptive advertising, and therefore illegal.

Representative Song Joon Ho responded to this by saying that they use that method on social media to approach the public in a more intimate way.

The show also pointed out that a petition has been filed online to the government requesting an investigation of the matter by the Ministry of Culture, Sports, and Tourism.

“We are also curious and we are also upset,” said Song Joon Ho. “Even though the song came in first place, it’s a very upsetting situation. We want to know too. We would rather be investigated.”