On April 17, WINNER guested on SBS radio program “Park So Hyun’s Love Game,” where they shared stories related to their second album “EVERYD4Y.”

The group released their second album on April 4, their first full album in four years. The album contains a total of 12 tracks, and every member participated in the album’s production. Their title track “Everyday” has been receiving a lot of love, as it achieved a certified all-kill soon after its release, and has been winning on various music programs.

Lee Seung Hoon added, “Our promotions this time overlaps with TVXQ, Super Junior, and EXO-CBX. They gave us a lot of advice and also congratulated us. We dreamed of being artists while watching them in the past, so being congratulated by them was very moving.”

Not only did the group participate in the musical production of their album, but they also contributed photos as well. Song Mino brought a camera with him to the radio studio, and picked Kim Jinwoo as the member he thought was the most fun to photograph. He also chose Lee Seung Hoon as the member that he photographed the most, explaining that he was the most natural when being photographed. 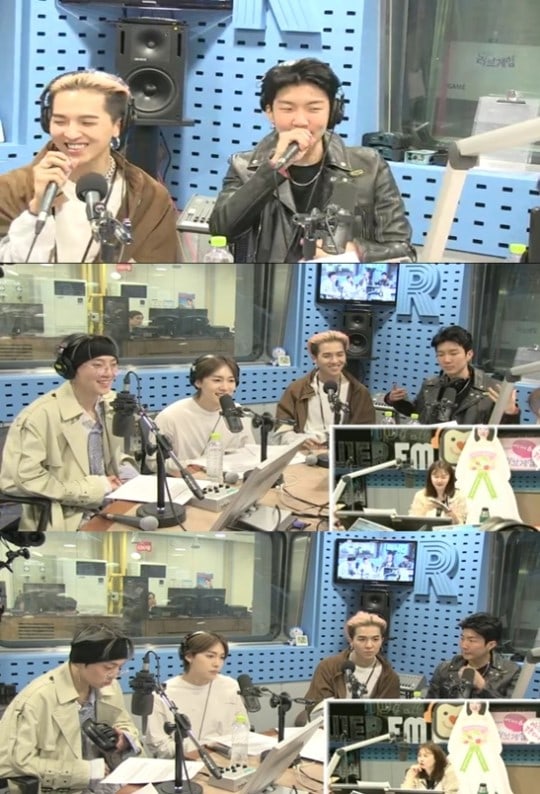 DJ Park So Hyun then requested that they sing a cute and lovable version of “Everyday,” and they even winked and acted cute in front of the camera. Afterwards, Park So Hyun applauded them, saying, “WINNER is a group that is very good at singing live. I asked for a totally different type of live singing and so I’m thankful.”

The members were then asked which track from their second album they liked the most. Kang Seung Yoon picked “Hello” which Song Mino had composed. He explained, “I’m attached to all the songs that I made, but ‘Hello’ is really good.”

Park So Hyun then asked, “If ‘Hello’ had been the title track, wouldn’t Song Mino’s royalties be different?” Kang Seung Yoon shared, “Song Mino doesn’t have to worry about royalties. He’s participated in a lot of songs as a lyricist, so he gets more royalties than me. I’ve calculated it.” Song Mino added, “I haven’t calculated it,” making everyone laugh.

Kim Jin Woo picked “Movie Star” as his favorite track in the album. This song was one that the members had created for INNER CIRCLES, their fans. WINNER then sang the song for their fans and the listeners. Song Mino picked “Luxury” and Lee Seung Hoon chose “Raining” as their favorite songs.

Watch WINNER being congratulated by TVXQ, Super Junior, and EXO-CBX when they took their third win for “Everyday” on “Inkigayo” below!

WINNER
Park So Hyun's Love Game
How does this article make you feel?