Apink Looks Back On Their 7 Years Together On Anniversary

On April 18, “Apink’s Lying Down Live” was broadcast with all members in attendance. The six members congratulated each other on their seventh anniversary and shared their thoughts, using the theme of “Miracle” as it’s the title of their upcoming single.

Apink’s leader Park Chorong said, “It’s like a miracle that we’ve released albums for seven years without any big incidents.” Out of the four Apink concerts in the last seven years, Park Chorong chose the members’ solo stages as her favorite moment. She said, “I still monitor the members’ solo stages. I’m proud.” Hayoung said that it’s always fun to be together for everyday things.

In order to celebrate their seventh anniversary, each member took photos with a different concept. Jung Eun Ji said, “Every year on April 19, we release a song to the fans as a gift. I like that it’s full of sincerity.” Chorong told fans, “We won’t be doing any broadcast promotions for the special single.”

The Apink members also shared their version of everyday miracles. Park Chorong picked winning a bet against Yoon Bomi, and Jung Eun Ji said hers is being near a bathroom when she has to go to one.

Son Naeun replied, “It’s a miracle when you’re in line at a popular bakery and you get the last piece of bread.” Namjoo added, “This moment right now is a miracle. Talking to Pandas [Apink’s fans] like this and singing ‘Miracle’ is a miracle.”

The girl group then played a game of rock, paper, scissors to choose the luckiest member. Jung Eun Ji and Hayoung won and danced to Celeb Five’s “Celeb Five.”

Son Naeun talked about her dream of becoming a painter and shared the miracle-like story of her debuting with her members. Yoon Bomi also said that it was a miracle she became a member of Apink. 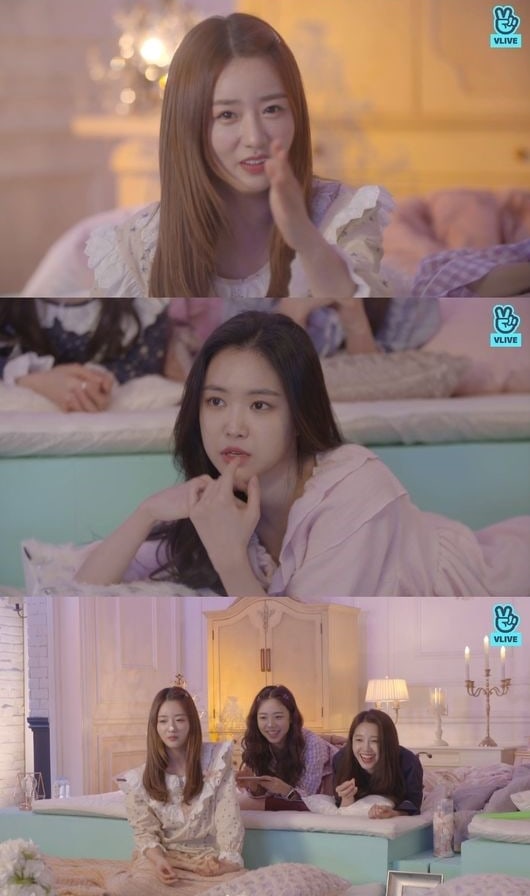 Jung Eun Ji moved her members when she said, “I pray a lot for the members before I go to sleep. I don’t pray for anything big, but for my members’ health.”

They also talked about what they would be doing if they weren’t members of Apink. Yoon Bomi said she’d be a taekwondo athlete, Namjoo would be doing something related to broadcasting, Jung Eun Ji said something in the art world, and Son Naeun said she’d have opened a gallery as an artist.

When it became midnight and officially April 19, the members celebrated their seventh anniversary with a cake. The six members gathered together to pray and shared the cake.

They then described what Apink means to them. Jung Eun Ji described Apink as her roots, Park Chorong said her badge, Namjoo said a tree, Yoon Bomi said her family, Son Naeun said her youth, and Hayoung said Apink is Apink. She added, “It’s my family as well as a new concept. I’ll continue to live as a member of Apink.”

The group also engaged in an informal talk time where Park Chorong became the youngest member and Hayoung became the oldest. Hayoung took this time to air her complaints to the members and even spoke informally to the CEO and director of Plan A Entertainment.

Park Chorong then playfully revealed things about some of her members. She shared that Jung Eun Ji has been late for seven years now and that Yoon Bomi doesn’t come to the dorms often. Yoon Bomi explained, “I hang out with my friends every day.”

The Apink members all said they enjoy mukbangs and listening to ASMR before bedtime, and made their own ASMR using meringue cookies. The broadcast concluded with them singing Apink’s “April 19” to their fans.

Chorong said, “It’s not easy to get together every anniversary, but I’m happy we’re all together.” 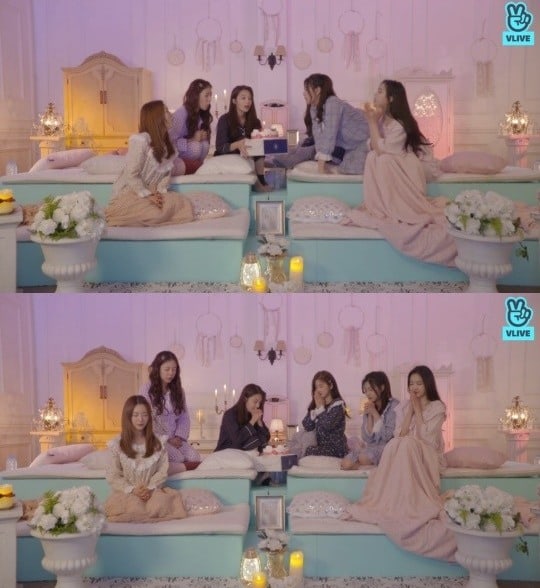