Former MIXNINE contestant Yeim, who recently made a solo debut, talked about Red Velvet and her difficult path to fulfilling her dream.

Yeim became a hot topic after appearing on season five of “I Can See Your Voice” starring Red Velvet. She had been chosen as the tone-deaf singer in the first round but made Red Velvet frustrated with regret when she sang Kim Sejeong‘s “Flower Road” perfectly. Not only did her beautiful live singing catch the viewers’ eyes, but the video of her mother from Japan also made everyone tear up.

Yeim shared, “I had no idea a video of my mother would appear. I was supposed to skip the second verse and go onto the bridge. I was singing the first verse, but the MR moved onto the second one. I looked up at the screen, and my eyes became wide. I thought I did something wrong. However, the moment the video played, I burst into tears. I had teared up during the rehearsal, so I told myself to not think of my parents during the official performance, but in the end, I couldn’t hold back. I couldn’t stop crying.” 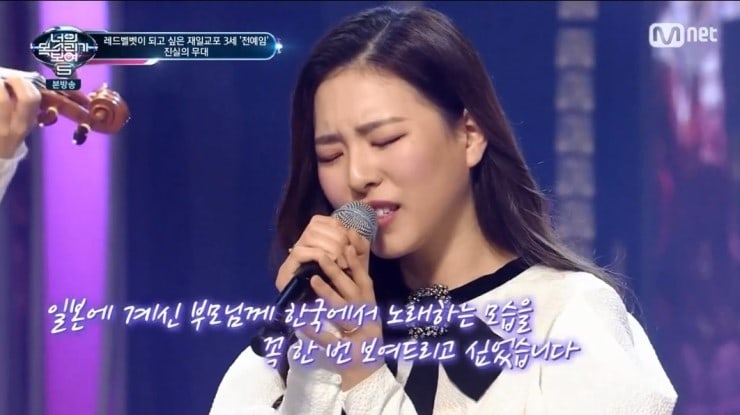 During the episode, Red Velvet felt sorry to have guessed that she was a tone-deaf singer and expressed their regret for having lost a talented singer. The girl group had also been touched by her mother’s video. Yeim recalled Red Velvet Wendy’s reaction who told her they should stand on the stage together one day. Yeim said, “She even came to me after the filming and apologized for choosing me as the first one to be eliminated. She also told me, ‘I know how you feel, so I feel more empathy. I wish you success.’ She asked me if she could give me a hug and then hugged me. I am sincerely grateful to her for saying such kind words to me.”

Yeim also revealed the obstacles she faced on her path to becoming a singer. She stated, “In Japan, I entered an agency and practiced every day, but two to three months later, the team suddenly fell through. Our song was out, and we were supposed to record it a few days later, but this suddenly happened, so I felt desolate. I heard the company itself wasn’t working well, so it closed down. The practice room I went to every day suddenly disappeared, so I was very shocked. The trainee I worked with at that time was TWICE’s Mina.”

Since then, she was in charge of her own composition and production of music and performed music in Japan. She was frustrated with the idea that she had to give up her dreams. 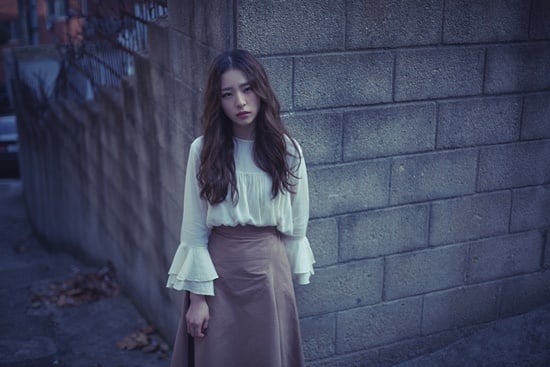 Yeim said, “I thought I did all that I could in Japan. I thought I wouldn’t regret it if I quit here. I had always wanted to try my dreams in Korea, but it wasn’t easy. I came to Korea with the thought that I would regret it if I didn’t make an attempt. For the first year, I kept going to auditions, but I never made it. That kind of life continued, so I had a very difficult time last year. Then I met the president of my agency right now.”

Yeim talked about Mina’s success, saying, “I was so happy and envious that Mina got good results and was able to perform on stage after fulfilling her dream. At one point though, I became very sad because I couldn’t succeed even though I tried. Then someone told me, ‘Envying others means you’re not trying hard enough.’ So I thought about those words and practiced harder.” 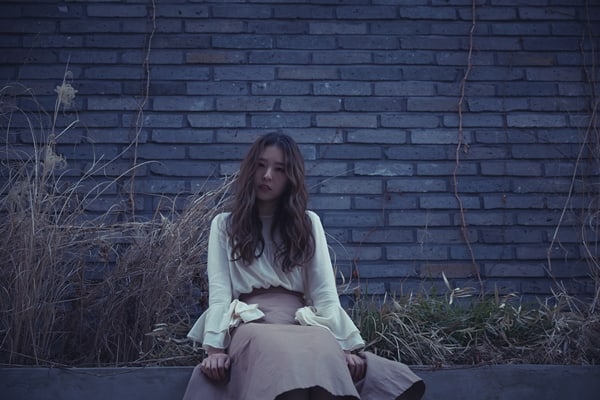 The singer also talked about the differences of being a trainee in Korea and a trainee in Japan. She said, “The biggest difference is that the idol groups in Korea come out in a perfected state, so life as a trainee is harder. [In Korea], they pursue perfection, so it’s not certain whether you’ll debut or not. In Japan, you make your debut after you practice at some point. It’s like growing up with your fans. I think that’s the biggest difference.”

Red Velvet
Yeim
How does this article make you feel?