“Suits” is about a legendary lawyer named Choi Kang Suk (played by Jang Dong Gun) who hires a genius named Go Yeon Woo (played by Park Hyung Sik) as his associate despite the fact that he doesn’t have a college degree or license to practice law. It is a remake of the popular American legal drama series of the same name.

The description alone previews a bromance, where viewers can expect the chemistry and relationship of the two leads as a highlight of the drama.

Park Hyung Sik said, “The on-screen relationship of Choi Kang Sik and Go Yeon Woo was really original. It felt like something I haven’t seen in any other projects. I think this played a big part in me choosing this drama. Director Kim Jin Woo, writer Kim Jung Min, the staff, and casting of the actors including Jang Dong Gun were really appealing and amazing, so I’m really looking forward to it.” 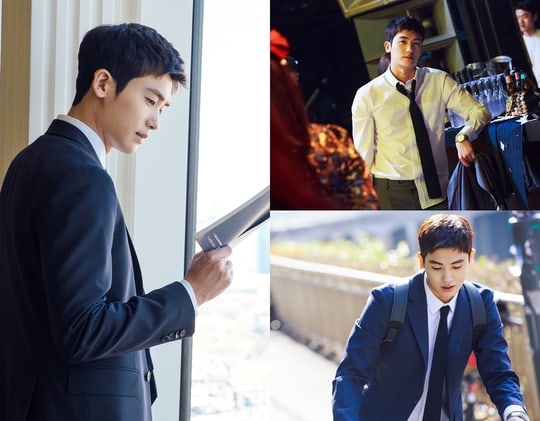 Park Hyung Sik’s character Go Eun Woo has a photographic memory and a strong ability to empathize with others. Because of this, Park Hyung Sik needs to be both bright and dark as well as sharp and smooth.

About his character, the actor said, “It felt like I was looking at a stray cat. He looks like he’s always on edge, is never satisfied with the world, and is doubtful and careful of others’ kindness.”

When asked what he was doing to better portray his character, Park Hyung Sik replied, “I put a lot of emphasis on the tone and manner in the drama, and my character. I talked with the director and writer about Yeon Woo and repeated that process. Since Yeon Woo has a photographic memory, I also thought about and worked hard to portray that part.”

Many are looking forward to seeing Park Hyung Sik and Jang Dong Gun working together as the leads of “Suits.” In a previous interview, Jang Dong Gun described his co-star as “an actor of many strengths” and boasted of their “good chemistry.”

Park Hyung Sik replied, “Our bromance started since our first meeting. Senior! It’s an honor to work with you.” 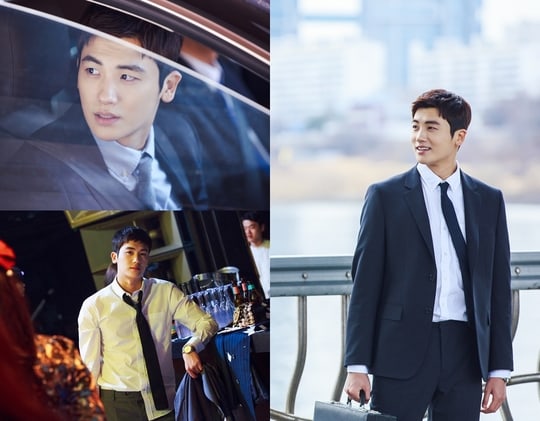