BTOB’s Hyunsik and Im Ji Hoon have shown that they respect each other not just as family, but also as artists in the music industry.

The idol and his father, who is a veteran folk singer, recently took part in a photo shoot for the May issue of Ceci.

Im Ji Hoon released an album for the first time in eight years with Hyunsik featuring in one of the tracks. During the photo shoot, their relationship as father and son was evident as Hyunsik naturally stood by his father’s side and Im Ji Hoon smiled proudly at his son. 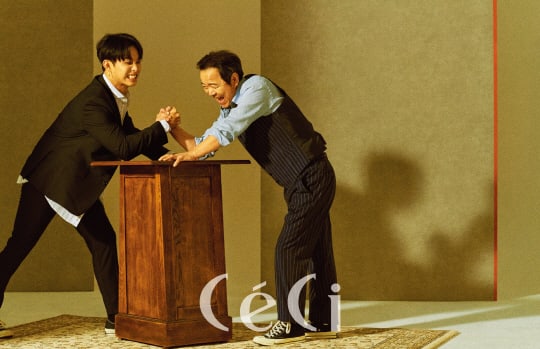 The two sat down for an interview, where they were asked about their collaboration stage at a year-end ceremony. Hyunsik commented, “After the performance, many fellow singers and acquaintances contacted me. The singers at the ceremony told me that the performance was great.”

Im Ji Hoon also shared that he had initially been opposed to Hyunsik pursuing music when the idol joined a band in middle school. He told his son that he should only start music if he could throw his entire life into it. 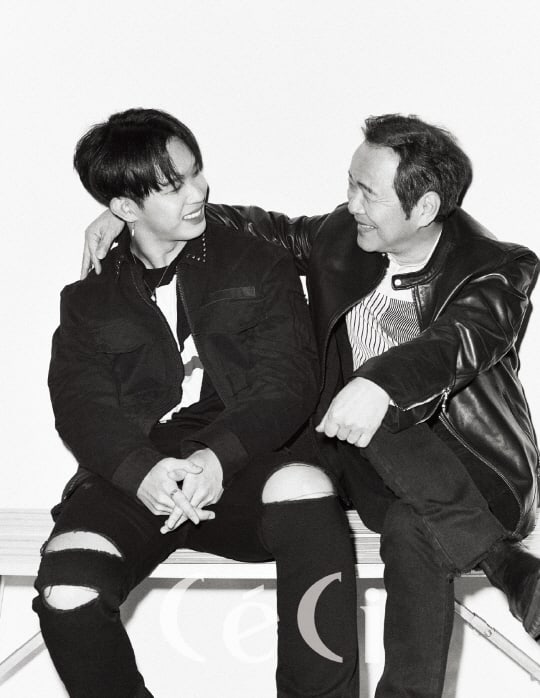 They were then asked what they wanted to say to each other. Im Ji Hoon gave advice as a senior in the industry by saying, “Hyunsik is doing well now. I hope that by dreaming higher, he’ll be able to do even better, and that he’ll be able to approach the public in a sincere way.” Hyunsik shared, “I’m going to work harder to become a great musician like my father.”

BTOB
Hyunsik
CeCi
Im Ji Hoon
How does this article make you feel?