Jung Hae In has had a busy two years, appearing in one production after another. He starred in dramas “Yeah, That’s The Way It Is,” “Night Light,” “While You Were Sleeping,” and “Prison Playbook” as well as films “The King’s Case Note,” “The Age of Blood,” and “Heung Boo: The Revolutionist.” Now, he is currently acting as the male lead of JTBC’s “Pretty Noona Who Buys Me Food.” 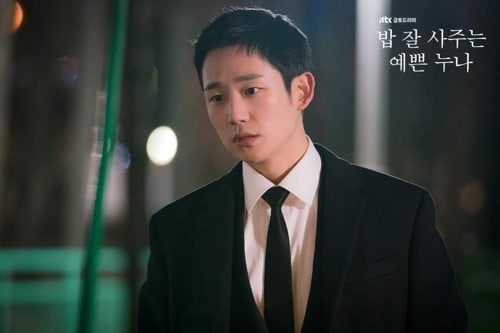 His agency FNC Entertainment shared, “Jung Hae In was so exhausted that he asked for just two months off after ‘Prison Playbook.’ However, the script and role for ‘Pretty Noona Who Buys Me Food’ was too good to pass up. When Jung Hae In read the script, he immediately said he wanted to do it and his casting was finalized. He was lucky.”

Jung Hae In had not been the first person who received an offer to play his character Seo Joon Hee, but after several others rejected the role, it fell into his hands. 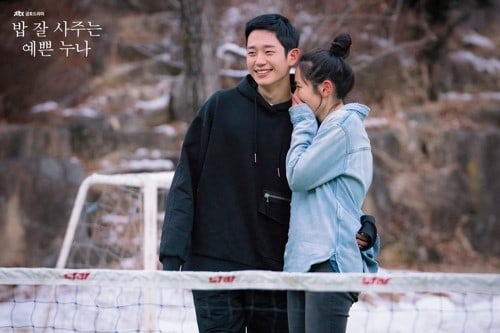 The actor is receiving a lot of love for his role as the younger, dependable man in a relationship with an older woman in “Pretty Noona Who Buys Me Food.”

Since its first episode, the viewership ratings for the drama have been increasing, and the drama has been receiving a lot of attention from viewers in their 20s to 40s, widely considered the target audience for broadcasting stations. According to the advertising industry, the drama has easily surpassed other JTBC hit dramas such as “Strong Woman Do Bong Soon,” “Woman of Dignity,” and “Misty” in terms of ad revenue. One industry insider shared, “Advertising companies are lined up trying to get their ads on ‘Pretty Noona Who Buys Me Food.’ This is also the first time that there has been this kind of reaction in JTBC history, so they are surprised as well.” 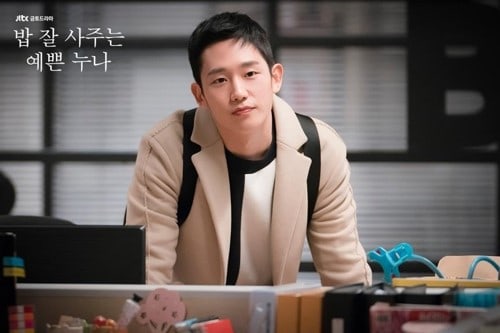 Another advertising industry insider also shared that Jung Hae In’s commercial value has also risen sharply. The insider shared that prior to the drama, the actor would have been guaranteed 150 million won (approximately $140,000) for a year-long contract. However after the drama, the insider estimated that the actor would now be guaranteed performance fees of around 500 to 600 million won (approximately $469,000 to $563,000) for a year-long contract.

They added that considering the attention given to the first few episodes of the drama, the actor should have received many advertising offers. FNC Entertainment responded, “It’s hard to confirm any details about performance fees. It is true that he has been receiving a lot of offers for advertisements.” 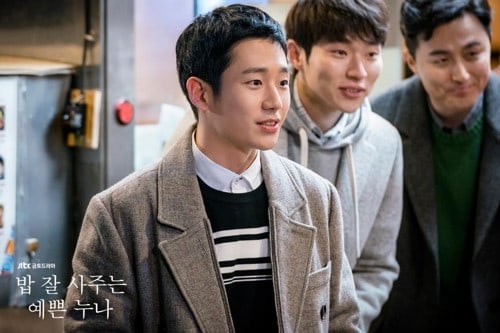 A source from the drama stated, “Under director Ahn Pan Seok’s direction, the filming is happily going along well. The viewership ratings are continuing to increase, and the actors as well as production staff are working excitedly.”

Jung Hae In
Pretty Noon Who Buys Me Food
How does this article make you feel?