A remake of the 2012 Japanese romantic comedy of the same name, the drama will tell the love story of Lee Yoo Chan, a cocky CEO (played by EXO’s Suho), and Kim Bo Ra, an optimistic young woman determined to land a good job (played by Ha Yeon Soo). Lee Yoo Chan is a renowned genius with one fatal flaw: his prosopagnosia (inability to recognize people’s faces). Meanwhile, Kim Bo Ra’s greatest strength is her impressive memory.

The newly released stills from the drama show Suho in character as Lee Yoo Chan, along with actor Oh Chang Suk in his role as Min Tae Ju, the vice president of Lee Yoo Chan’s company. Lee Yoo Chan is in charge of the company’s research and development, while Min Tae Ju handles its business affairs.

The photos hint at the differences between the main characters’ personalities, with the two executives exuding completely different vibes. Lee Yoo Chan is dressed casually, with his hands stuffed nonchalantly in his pockets, and he bears himself in a cheeky, self-assured manner that betrays his “I do what I want” attitude. Min Tae Ju, on the other hand, is dressed in a more formal style and appears to have been shocked by something Lee Yoo Chan has said. 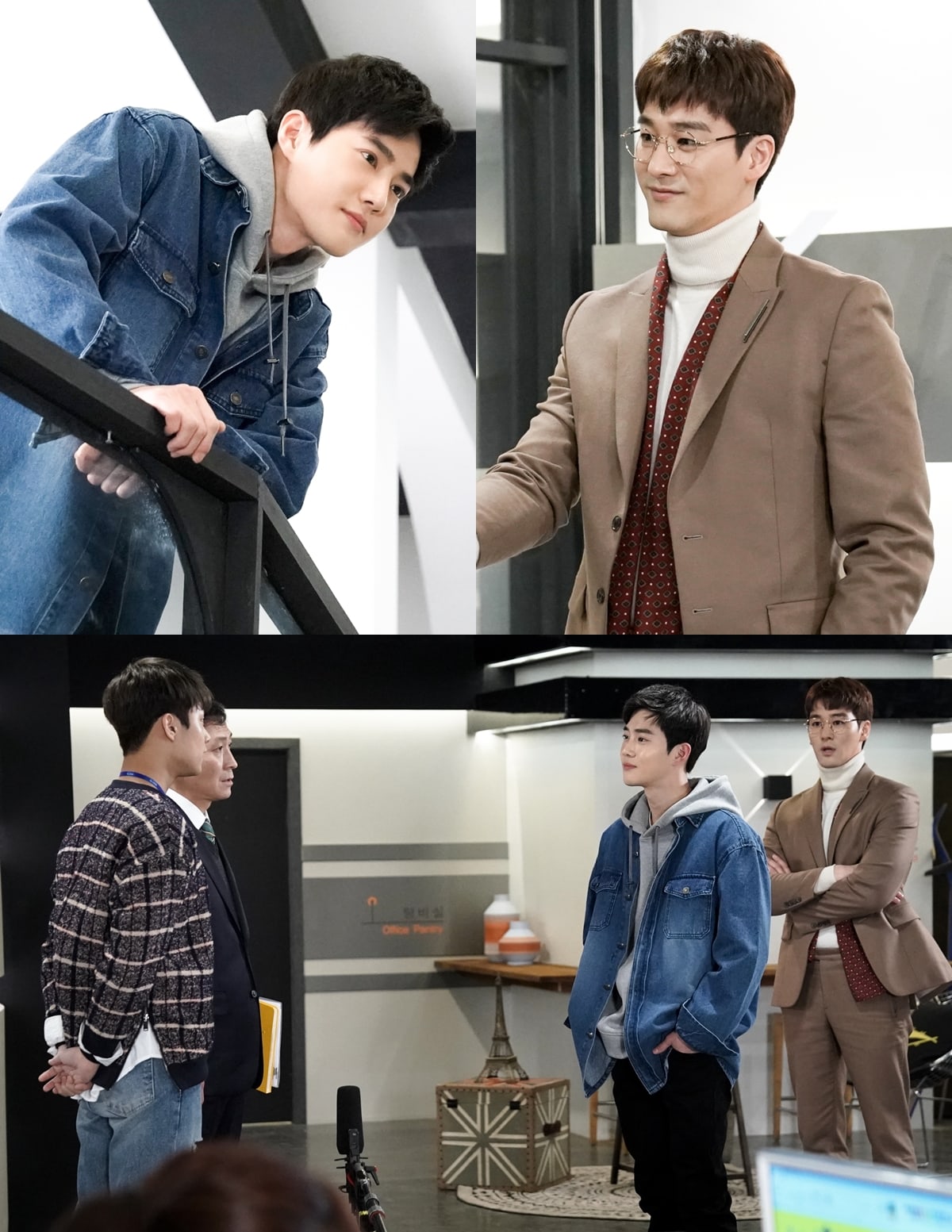 However, there is more to the two characters than meets the eye—although Lee Yoo Chan appears brash and brilliant on the outside, he has a hidden childlike innocence on the inside; and Min Tae Ju is both a relentless perfectionist when it comes to his professional life and a sweet, caring soul when it comes to his personal life.

“Rich Man, Poor Woman” will premiere on May 9 at 11 p.m. KST. The drama will be available with English subtitles exclusively on Viki.