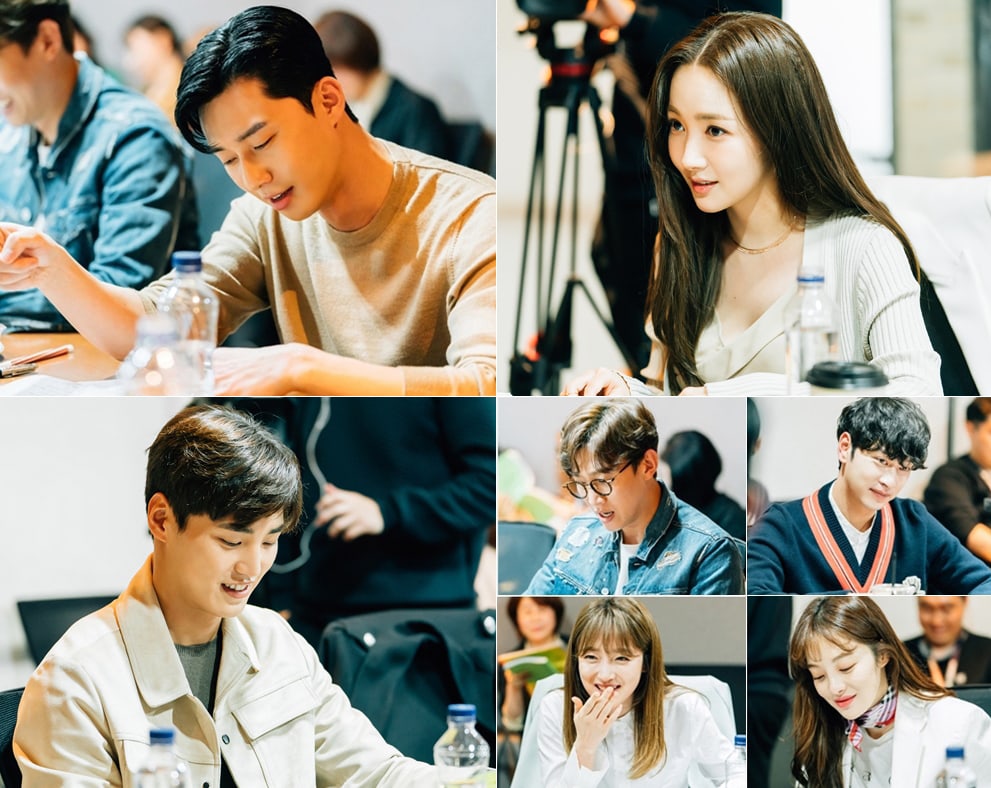 Park Seo Joon will play vice-chairman Lee Young Joon, and he had everyone enthralled at the script reading. He not only perfected his character’s narcissism, but he also made sure to go over every small detail to create the perfect scenes. Along with him was Park Min Young, who was energetic and lively as “the legend of the secretary world” Kim Mi So. Despite this being her first romantic comedy drama, she surprised everyone with her lovely charms and her chemistry with Park Seo Joon will be one to watch.

Joining them is Lee Tae Hwan, who plays best-selling writer Lee Sung Yeon, and Kang Ki Young, who plays Park Yoo Sik, the head of a company who is also best friends with Park Seo Joon. Kim Hye Ok and Kim Byung Ok played a realistic couple and cast members like Pyo Ye Jin and Hwang Bo Ra, who will play employees in the drama, had everyone laughing with their funny line delivery.

The first script reading was full of energy, and director Park Joon Hwa stated, “It’s a good drama. I hope we’re able to complete it with no incidents. I hope everyone has fun filming this.” The production staff stated, “All of the actors worked very well together despite this being their first script reading. The project is now in full force, and the cast and crew will work hard to happily greet viewers in June.”

“What’s Wrong With Secretary Kim?” is set to begin airing on tvN in June.