On the next episode of SBS’s “Running Man,” Ji Suk Jin proves that he’s close friends with BTS’s Jin!

During the upcoming April 22 broadcast of the variety show, the cast of “Running Man” will be given their second chance to conceive and direct the brief clip at the beginning of each episode that announces the program’s content rating (“viewers ages 12 and up”). Yoo Jae Suk won the first competition back in January, and he enjoyed his victory to the fullest by making his fellow cast members dress up in a diverse array of hilarious costumes during the 5-second clip. 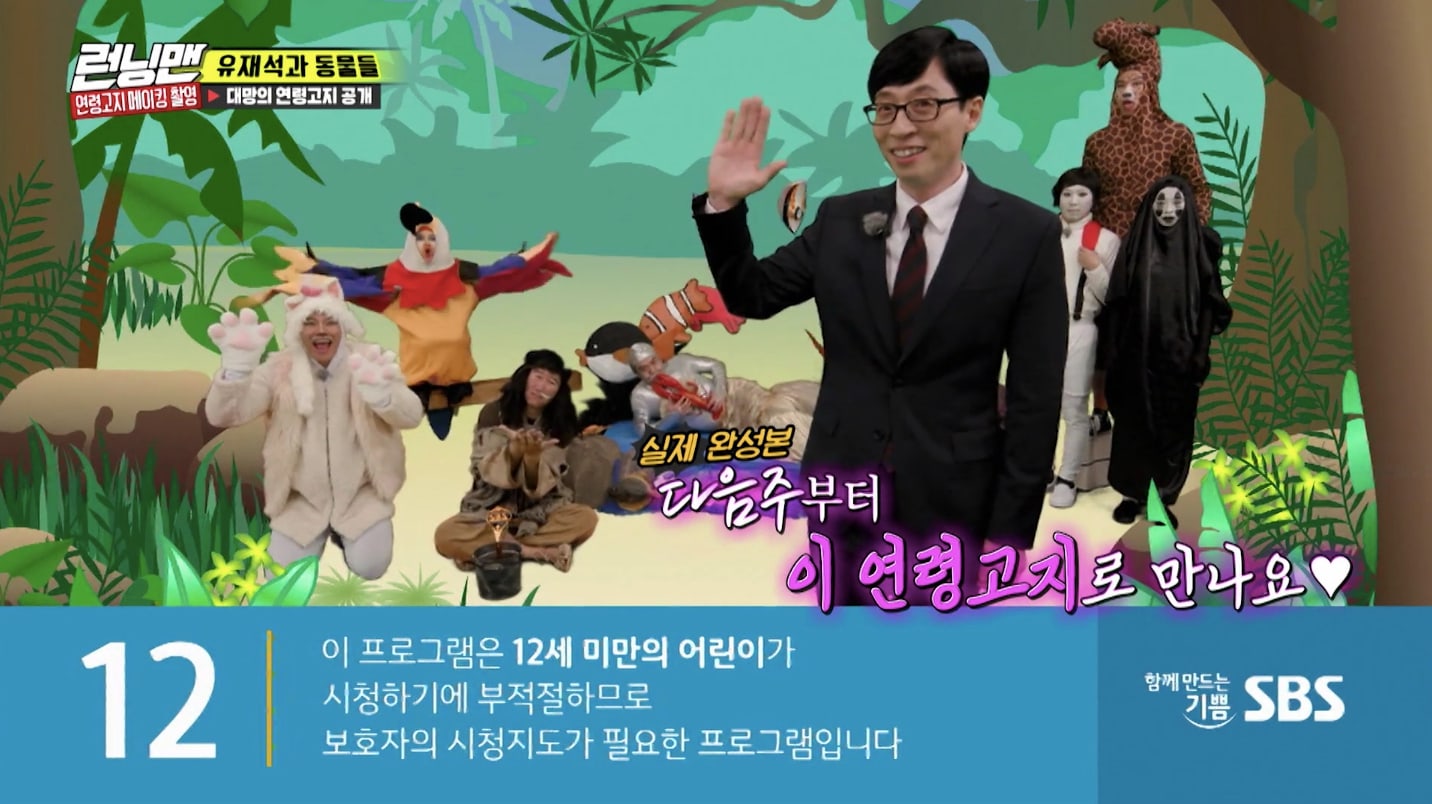 The second contest to direct the content rating notice clip will up the stakes even further by adding photos and a poster from the video shoot to the show’s official website. With each of the cast members more determined than ever to win the competition and exact revenge for their humiliation, the eight stars will embark on a heated battle to secure the role of director.

In the midst of a special “surprise guest mission,” Ji Suk Jin decides to play an impressive hidden card by proving his friendship with Jin. Pointing out that they share the same name, he declares, “Jin’s given name is Kim Suk Jin, and we’re close enough to contact each other personally! Suk Jin [Jin] even sends me photos from LA.”

Although the other “Running Man” members express doubts that the two could be close friends with such a significant age gap, Jin surprises everyone by happily answering Ji Suk Jin’s call with a familiar “Hyung!”

To find out whether Jin manages to help Ji Suk Jin succeed in his mission, tune in to the next episode of “Running Man” on April 22 at 4:50 p.m. KST!

In the meantime, catch up on the latest episode of the show below: