GOT7’s JB completed his solo track with the support of his JYP family!

On April 20, KBS 2TV’s “Hyena on the Keyboard” aired the second episode showing the process of JB creating a new track.

JB first visited Park Jin Young to ask for his thoughts on his song “Rainy.” He nervously sat across from Park Jin Young as the song played on the speakers. Watching the playback of the clip, JB commented that he still felt nervous.

Park Jin Young grooved to the beat, then smiled. He commented, “I think it’s really good because it’s the piano chord progression that I like.”

He added that it reminded him of his song “I Have A Woman” (literal title) and Uhm Jung Hwa’s “Invitation,” which were both written by him. He then praised JB and advised him to complete it by adding good lyrics. 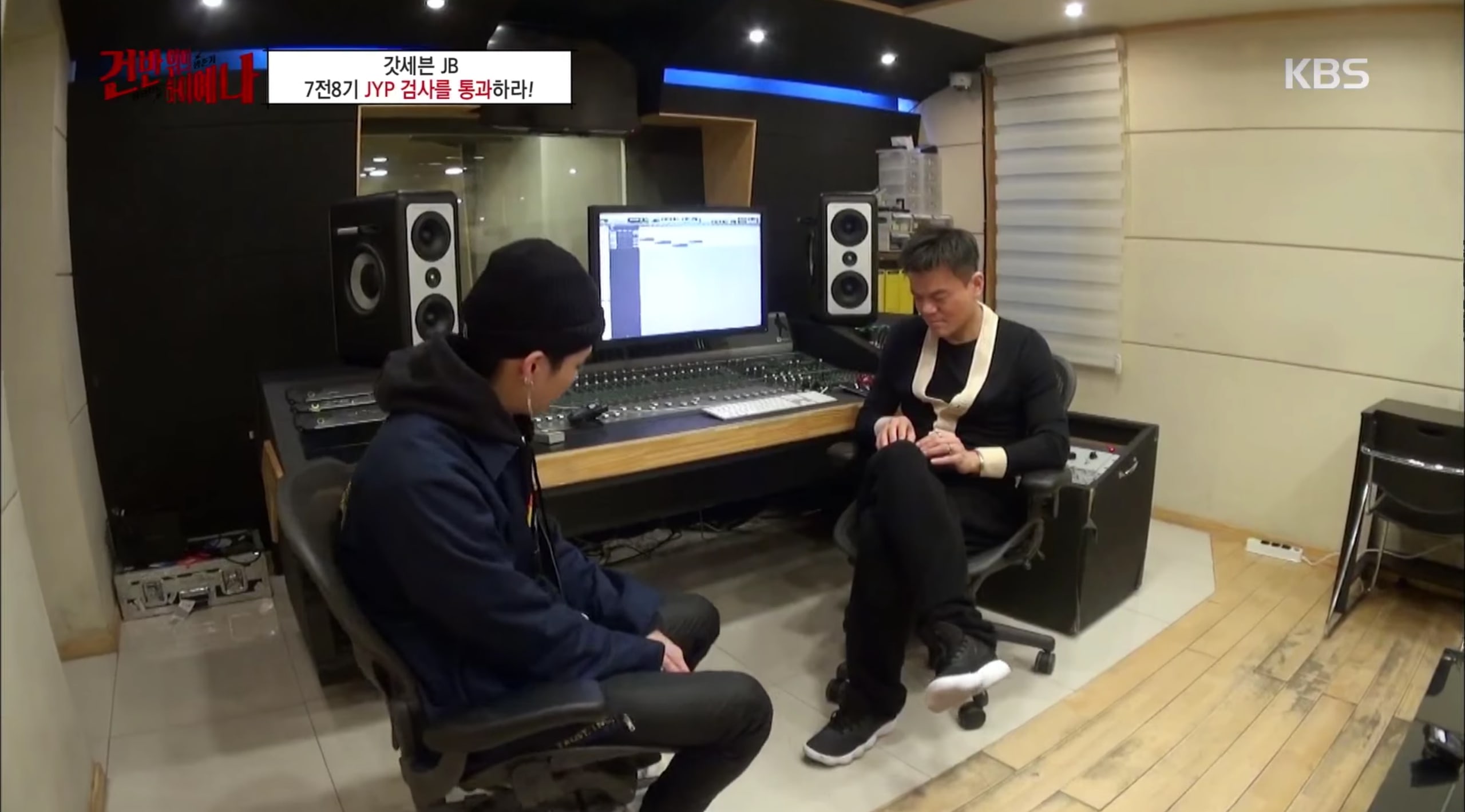 JB also enlisted the help of his trusty GOT7 members in their “Music Bank” dressing room. He described the track and Park Jin Young’s feedback before letting them listen to it.

They began to brainstorm ideas and looked at photos that JB had gathered to help his storytelling. Yugyeom proposed, “How about spring showers?” JB replied, “It’s not the feeling of where it starts to rain and stops shortly after. It’s a feeling where it rains for 365 days.” 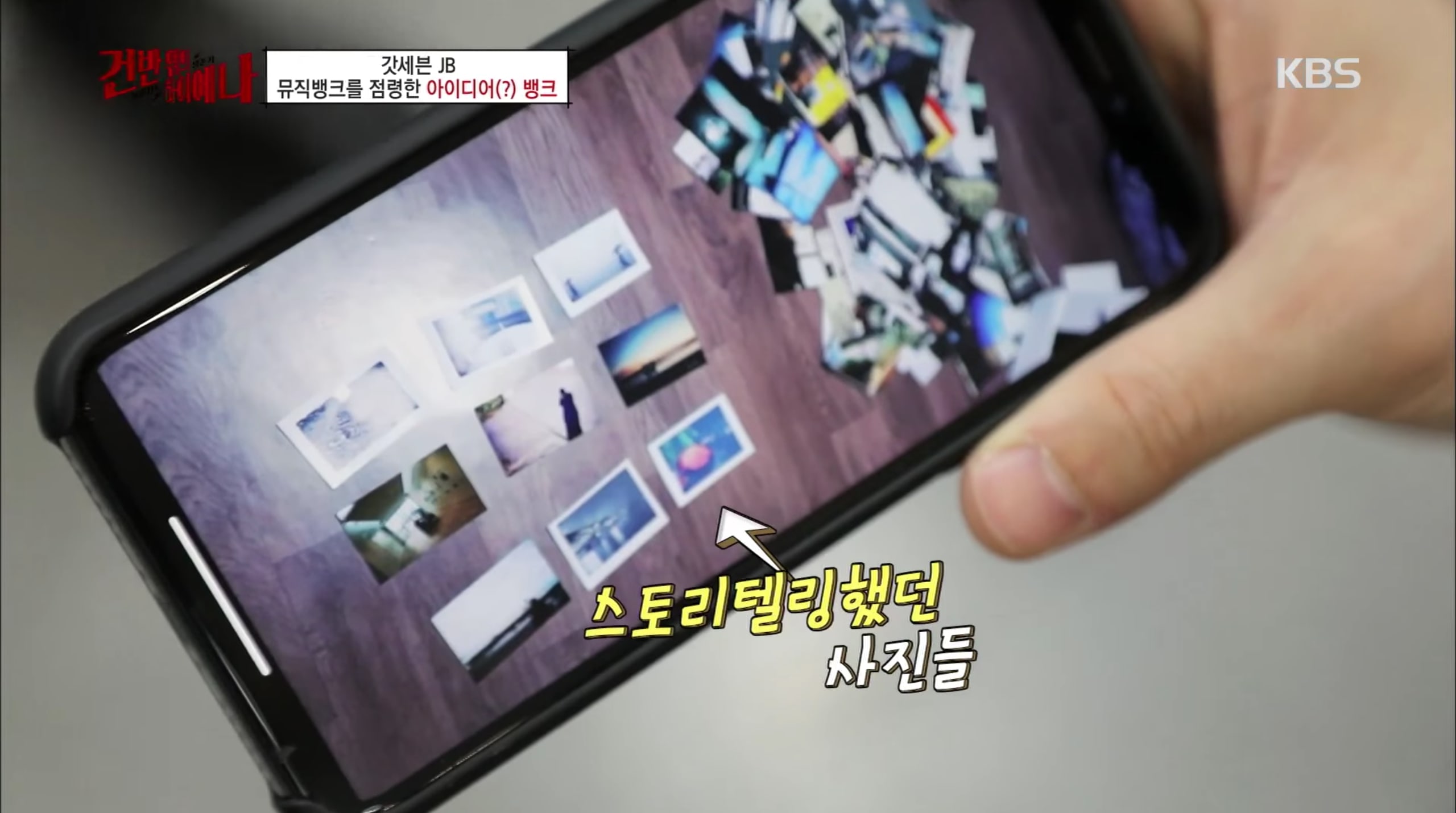 Youngjae suggested, “Rainy chord, because [your photos] look like a piano chord.” Yugyeom then made everyone laugh by throwing out random words that ended in -비 (bi) which means rain in Korean.

JB read out some of the lyrics that he had previously written on his phone. He said, “Since I’ve parted from you, it’s always raining. The whole world is bruised and it’s cloudy all day” and depicted the feeling of loneliness after a break-up. 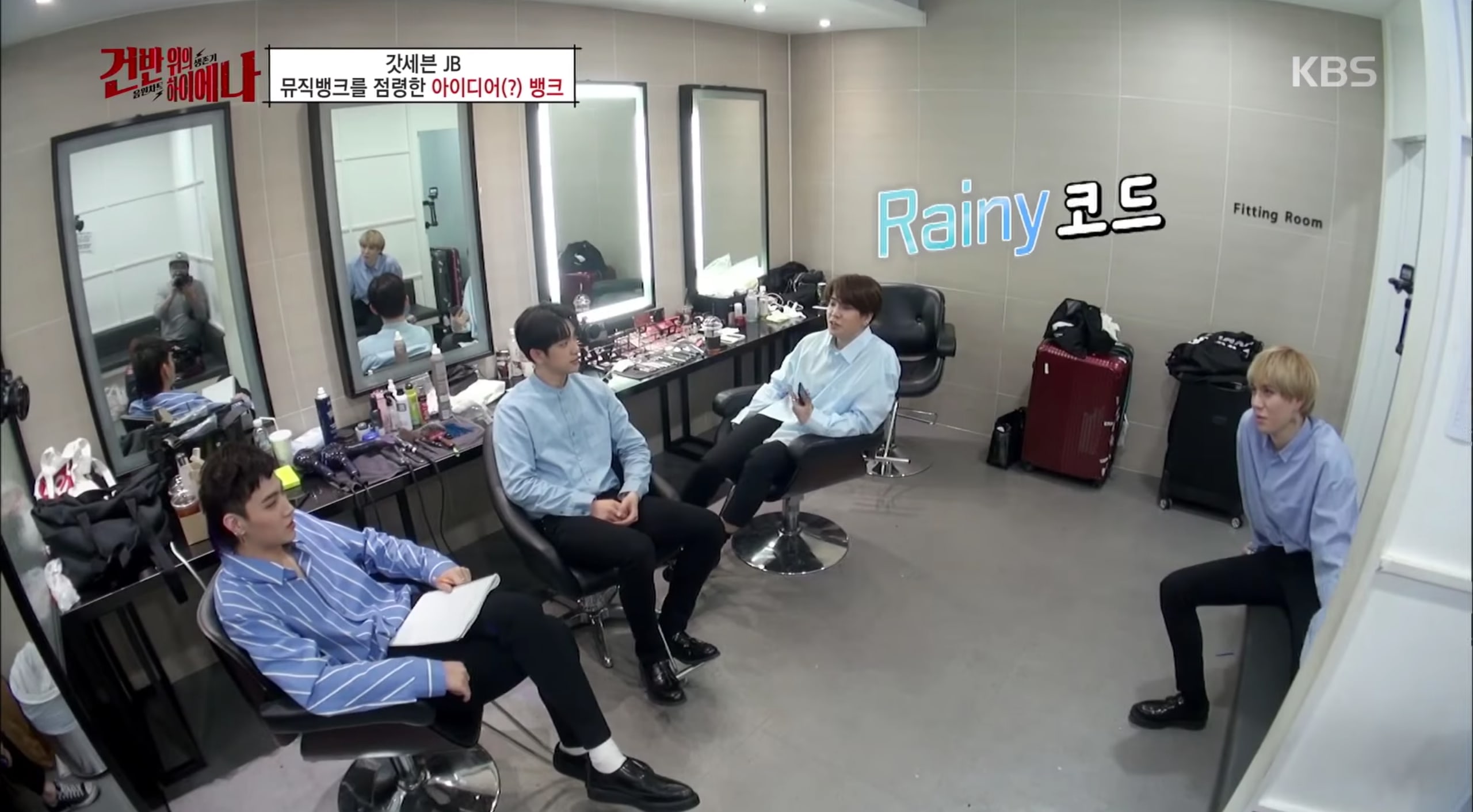 “Rainy” will be released on music sites on April 21 at 6 p.m. KST. Check out JB’s performance below!

GOT7
JAY B
Park Jin Young
Hyena on the Keyboard
How does this article make you feel?