On the April 19 episode of KBS’s “Happy Together,” Yoon Mirae continued her appearance on the karaoke segment of the show with Tiger JK, Kim Yeon Ja, and Han Dong Geun.

This week, Yoon Mirae shared some behind-the-scenes stories from her time in a hip-hop girl group. Between her debut with the group Uptown and her debut as part of hip-hop duo Tashannie, she was signed to be part of a bigger girl group called Uptown Girls – with Lee Hyori as one of the members. 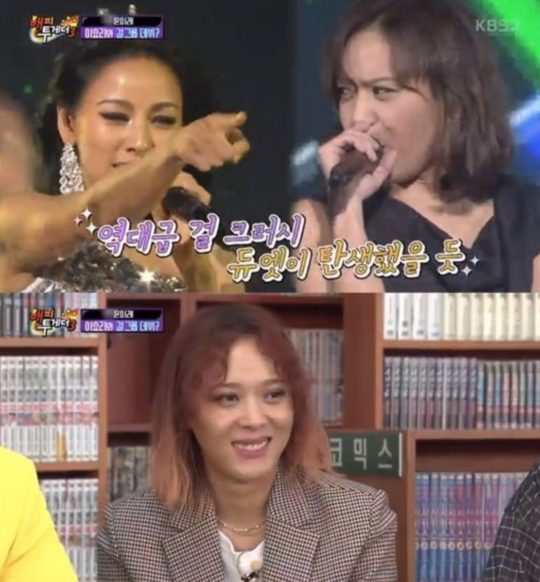 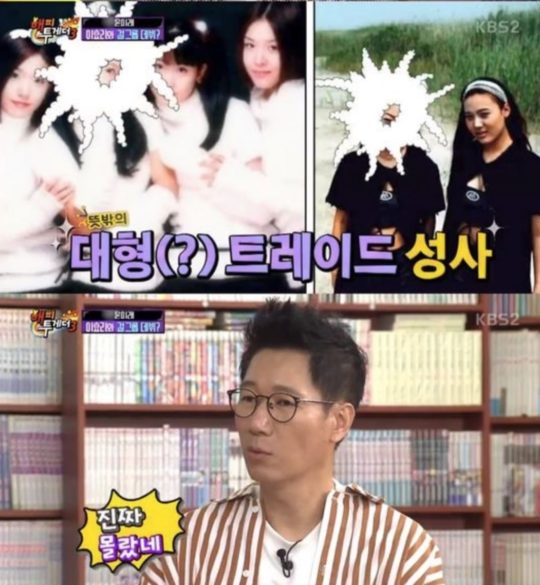 On the show, Yoon Mirae said, “One day I turned on the TV and Lee Hyori was there as Fin.K.L’s leader. The interesting thing is that Annie, who did Tashannie with me, was originally supposed to debut with Fin.K.L.” She shared that instead Annie came to Yoon Mirae’s group and Lee Hyori went to Fin.K.L in a kind of one-to-one “trade.”

You can watch the latest episode of “Happy Together” on Viki below:

Happy Together
Lee Hyori
Yoon Mirae
How does this article make you feel?