In the pictures, both actors are carrying and studying their scripts everywhere they go. Woo Do Hwan is holding up his script and practicing how to deliver the detailed emotions through his eyes in one still, while another shows him studying the script by himself. 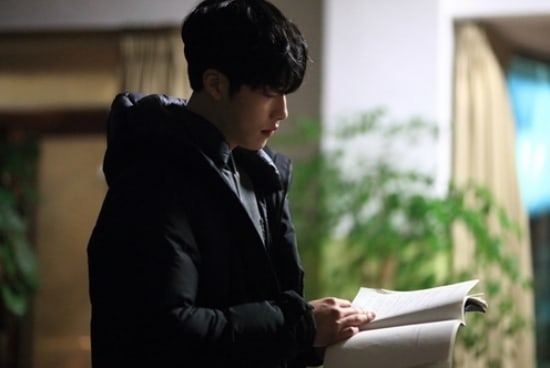 Joy is also completely focused on her script as she goes through it carefully line by line. She’s unable to take her eyes off the script even when she’s shooting a scene outdoors with several people around her. 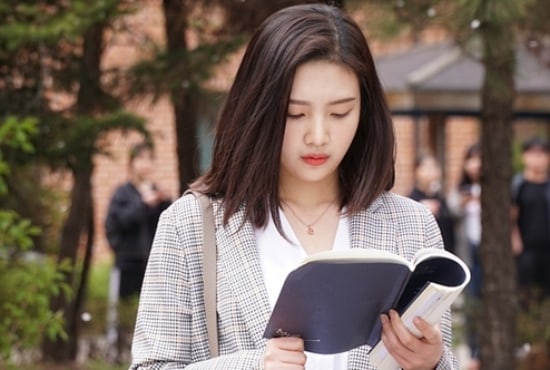 The production staff of “Tempted” shared, “Woo Do Hwan and Joy have been consistently passionate and devoted, practicing their acting skills with scripts in their hands whenever and wherever they have a moment to spare, even up to now when the filming is coming to an end.”

In the latest episodes of “Tempted,” Shi Hyun (Woo Do Hwan) and Tae Hee (Joy) broke up after they realized the relationship between Seok Woo (Shin Sung Woo) and Young Won (Jeon Mi Sun). Attention has spiked to see whether Shi Hyun and Tae Hee will be able to overcome the difficult situation and get back together.