UNB Discusses Criticism Over Their Vocalists, Support From Friends, And Future Goals

UNB recently sat down for an interview to talk about their team identity, strengths and weaknesses, and feelings on debuting again.

The members of UNB revealed that what set them apart from other idol groups was their performance. According to UNB, they put in extra effort to the performance of their new title track “Only One” to fully show what they can do. They tried different things to create a better final result and in that process, their choreography changed 10 times.

When asked about the criticism that their vocal abilities are not as impressive as their performances, Jun replied, “In our opinions, we think that our voices don’t stand out as much because the performance is so strong. The members are continuing to practice their singing. We want to change the prejudices the public has about our vocal abilities by showing them our capabilities on stage.”

Chan also said, “When I heard that our vocal abilities weren’t great, I was upset as the main vocalist. So I think that led me to become more determined. Because our team’s performance is strong, I think we haven’t shown off various kinds of voices that we have. We’ll try harder to grab opportunities to display our singing skills in the future.” 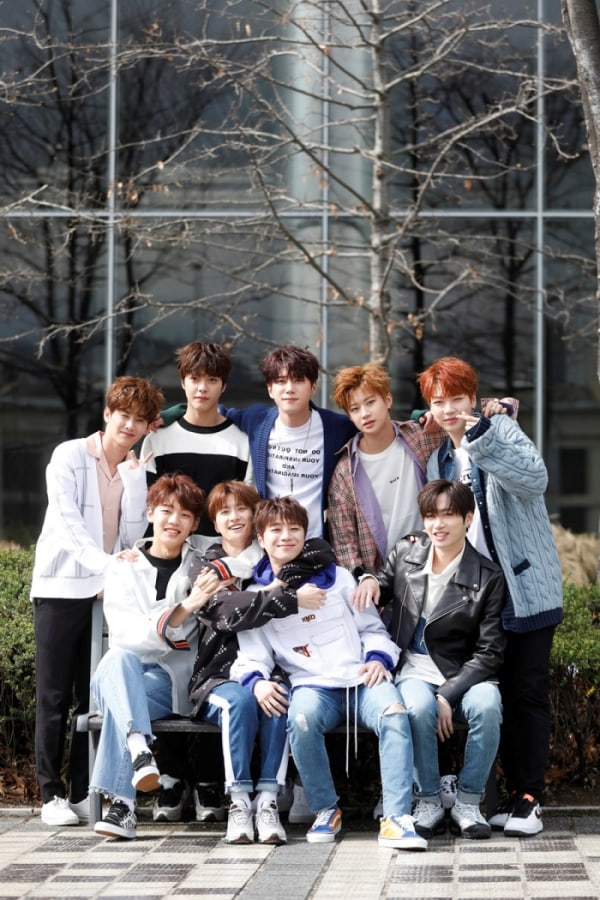 Because UNB is a project group formed through KBS’s idol rebooting show “The Unit,” all nine members have already debuted in their respective groups. Their debut as UNB, therefore, is the members’ second debut.

“We still don’t know how to become popular,” they said. “This isn’t something that all the members talked about, but we think we have the same goal. We can’t say that UNB is successful yet. There are members who don’t know if they’ll resume even though they have their groups. We hope that promoting as UNB will serve as an opportunity for each member to pursue their dreams.”

UNB went on to share that all the members’ original groups were giving them full support as well. “IM’s Hangyul left a message to other UNB members to take good care of me,” Kijoong said. “When I found out about it later, I was really moved. It made me realize that he really cares about me. I video called him last night and he said he supported me.”

Euijin also said that he was always cheered up when he received phone calls from BIGFLO members. During their calls, they would brag about how they saw someone who was a fan of Euijin, which motivated him to work harder.

UNB members concluded the interview by sharing the goals they wanted to achieve with their new album. “I’ve always wanted to hold a concert as a group,” Hojung said. “I wish UNB would become really successful and hold a concert in a big concert hall. I also want to give a solo performance in the concert.”

Daewon added, “I’d like to thank the Unitmakers. Our lives are just beginning now. We’ll try our best and show what we can do on stage.”

UNB made their debut on April 7 with their mini album “Boyhood.” The two title tracks are “Feeling” and “Only One.”