Reasons Why There Is A Remake Fever In Korean Dramas

Following “The Good Wife,” “Entourage,” and “Criminal Minds,” “Suits” is up next in the series of American dramas to be remade in Korea. KBS2’s “Suits” is set to premiere on April 25 as a remake of a popular American series of the same name. Centered around the bromance between two lawyers of two very different backgrounds, the drama remake gained attention when actors Jang Dong Gun and Park Hyung Sik were confirmed to join.

The trend of remaking popular overseas dramas isn’t limited to just the United States. OCN’s upcoming drama “Mistress” set to air on April 28 is also based on BBC’s “Mistresses.” American network ABC has previously remade the series as well. OCN’s “Mistress,” featuring Han Ga In, Choi Hee Seo, Shin Hyun Bin, and Goo Jae Yi, is a mystery thriller that focuses on the twisted relationships between four mysterious women and men who are around them. The drama shows how an everyday cafe owner, psychiatrist, teacher, and legal office manager get caught up in a series of murders.

OCN’s upcoming drama that plans to air this summer is also a remake of BBC’s “Life on Mars.” With its huge popularity, the British television series was remade in both the United States and Spain. The Korean remake tells the story of a present-day detective waking up to find himself in 1988. Jung Kyung Ho, Park Sung Woong, and Go Ah Sung have confirmed to appear.

Remakes of Japanese dramas are ongoing as well. tvN’s “Mother” that recently came to an end is based on a Japanese drama with the same title. The Korean remake received positive reviews overall. MBN’s upcoming drama “Rich Man, Poor Woman” is also a remake of 2012 Japanese romantic comedy. 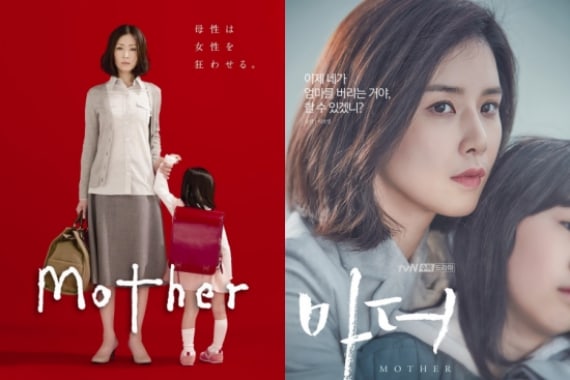 What could be the reason behind this remake fever? While the terrestrial networks (KBS, MBC, SBS) led the game in the past, cable channels and comprehensive programming channels are now stepping up their game with dramas. In other words, the competition is fiercer due to increased and diversified platforms. In a war over securing interesting contents, remaking an overseas drama is one of the most attractive options because its popularity and quality have already been confirmed.

A source in the broadcasting industry shared, “As drama productions increase in number, there are frequent comments that there’s a lack of scenarios. In this process, works that gained popularity abroad are viewed as stable because they’re less risky. They’re seen as confirmed by the public.” They added that remakes also have advantages in terms of publicity and creating a buzz at the beginning stage.

However, not all remakes have been successful. This is because it’s difficult to satisfy fans of the original work and the overall high expectations. Remakes of “Entourage” and “Criminal Minds” mentioned previously recorded low ratings and were criticized.

Regarding this, the broadcasting industry official said, “It’s not easy to produce something that satisfies those who haven’t seen the original work and fans of it. It’s also important how well you adapt the drama to suit the domestic culture and society. In the end, it’s about improving the quality of the drama.”

Mother
Suits
Life on Mars
Rich Man Poor Woman
How does this article make you feel?