Watch: Lee Seung Gi Amazes Cast Of “Ask Us Anything” With His Physical Fitness

Lee Seung Gi brought the laughs on JTBC’s “Ask Us Anything”!

On the April 21 episode of the variety show, Lee Seung Gi claimed that his strength was “experiencing hell,” referring to the strenuous training from his recent military service.

Lee Seung Gi went on to talk about how he had joined an elite special forces unit that requires high-level training during his time in the military. He then challenged the cast to a contest to see who could complete 10 burpees in the shortest amount of time. 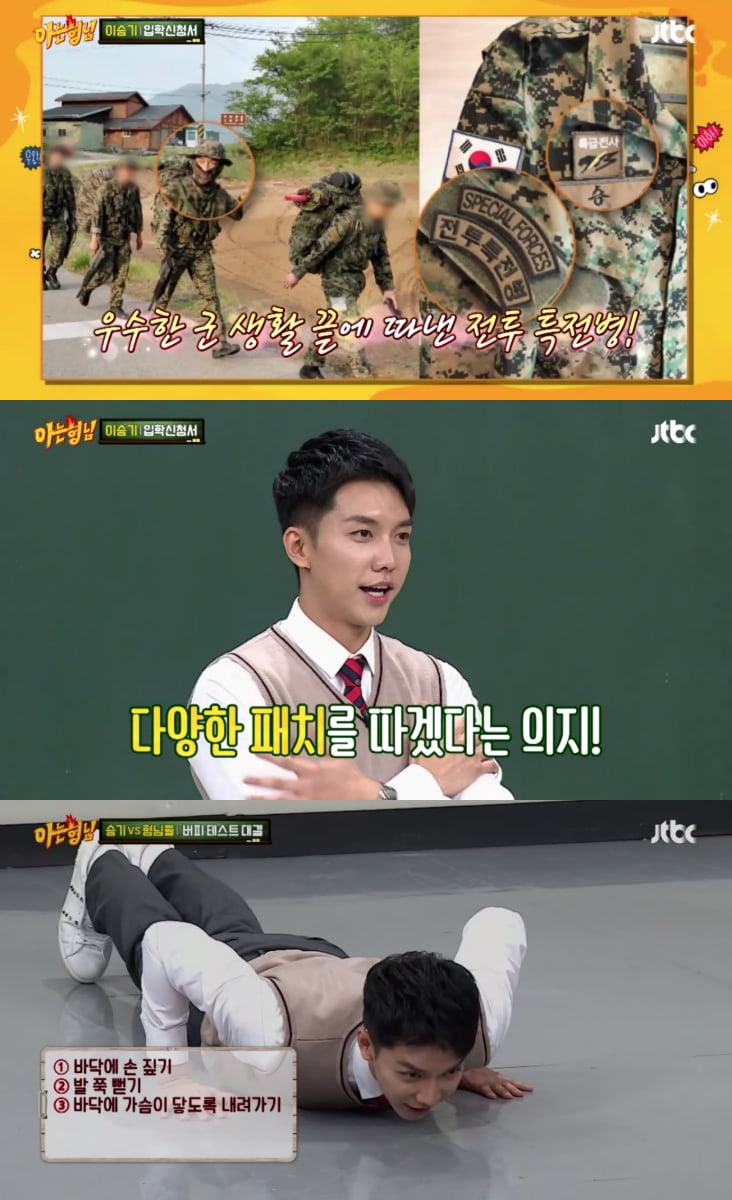 Min Kyung Hoon completed his set in 26.91 seconds, while Kim Young Chul took 25.47 seconds. Seo Jang Hoon commented that this was much more difficult than the traditional burpee test, and Lee Seung Gi replied that in the special forces, they added another level of difficulty by having the soldiers jump over a low bar for each burpee.

Lee Seung Gi was the last to go, and the members were in awe of his endurance and physical fitness.

Towards the end of his set, Lee Seung Gi mistakenly thought he had completed all 10 burpees when he still had one left, and he rushed to finish it after the cast members pointed out his error. Kang Ho Dong laughed and said, “This is the Seung Gi [we know]!”

With 19.19 seconds as his final time, Lee Seung Gi came in first place. 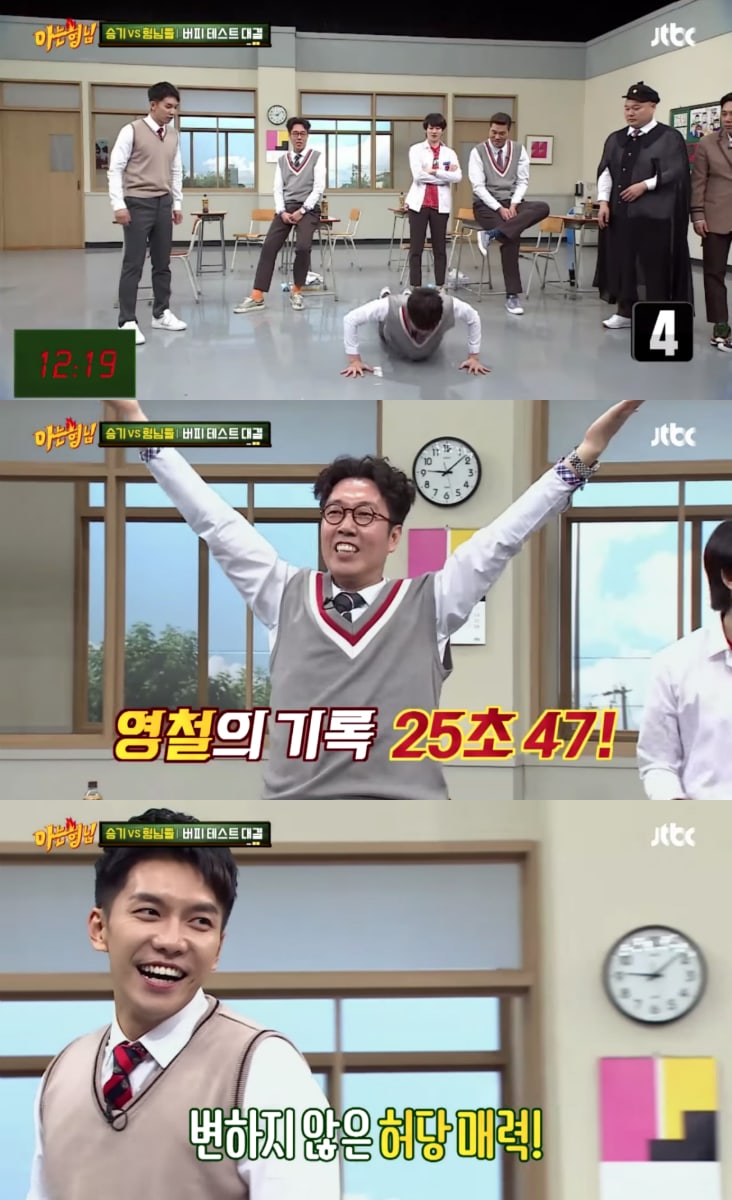 Check out the clips of Lee Seung Gi showing off his fitness below!

Lee Seung Gi
Ask Us Anything
How does this article make you feel?