iKON Talk About Becoming Their Own PDs For “iKON TV”

iKON described what it was like to become producing directors (PDs) for their new self-produced reality show “iKON TV.”

On April 21, the boy group held a Naver V Live broadcast to talk about their show, with the members promising, “We will show you sides of ourselves that we haven’t shown before.”

iKON repeatedly pointed out that the show was entirely real, explaining, “There’s no script and no rules.” B.I stated, “None of it’s staged,” before jokingly teasing Yunhyeong by saying, “None of it is staged, except for Yunhyeong, who is acting. He became so funny that [the rest of us] don’t stand a chance.”

Donghyuk added, “I think this is at an entirely different level from what we showed on our survival programs.” 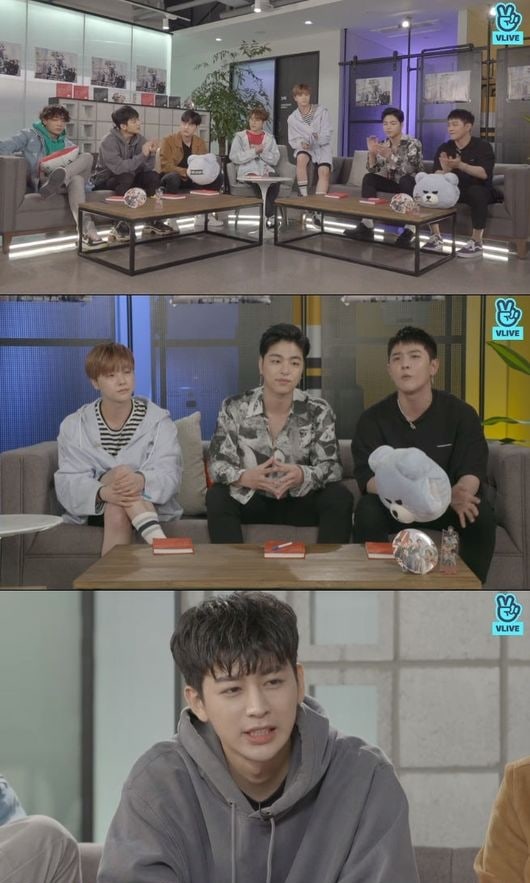 The idols emphasized that “iKON TV” is a reality show that shows everything as it is. They described Jinhwan as a sexy PD, B.I as a B-grade sentimental PD, and Chanwoo as a passionate outside PD. They remarked, “Since each of us became a main PD, the show ended up being boisterously fun. We realized that nothing is easy in life.”

iKON also talked about their fun face-off in the first episode with comediennes-turned-girl-group Celeb Five. The members said, “On the first episode, Celeb Five did everything for us,” with B.I adding, “It was hard to cast them, and I want to thank them once again for helping us with the show in a fun way.”

The new self-produced reality show “iKON TV” will air on Saturdays for a total of 10 episodes. The show premiered on YouTube and Naver’s V Live at 10 p.m. KST on April 21 before airing on JTBC at 12:30 a.m. KST on April 22.

iKON
iKON TV
How does this article make you feel?