Lee Seung Gi caught Super Junior’s Kim Heechul off guard during the latest episode of JTBC’s “Ask Us Anything”!

During the April 21 episode of the variety show, Lee Seung Gi shocked Heechul by mentioning that he had found out one of his secrets during his recent military service.

The actor revealed, “Although I’ve had a pretty long career in the entertainment industry, I haven’t actually had much personal interaction with Heechul. But after enlisting in the military, I ended up learning one of Heechul’s secrets.” 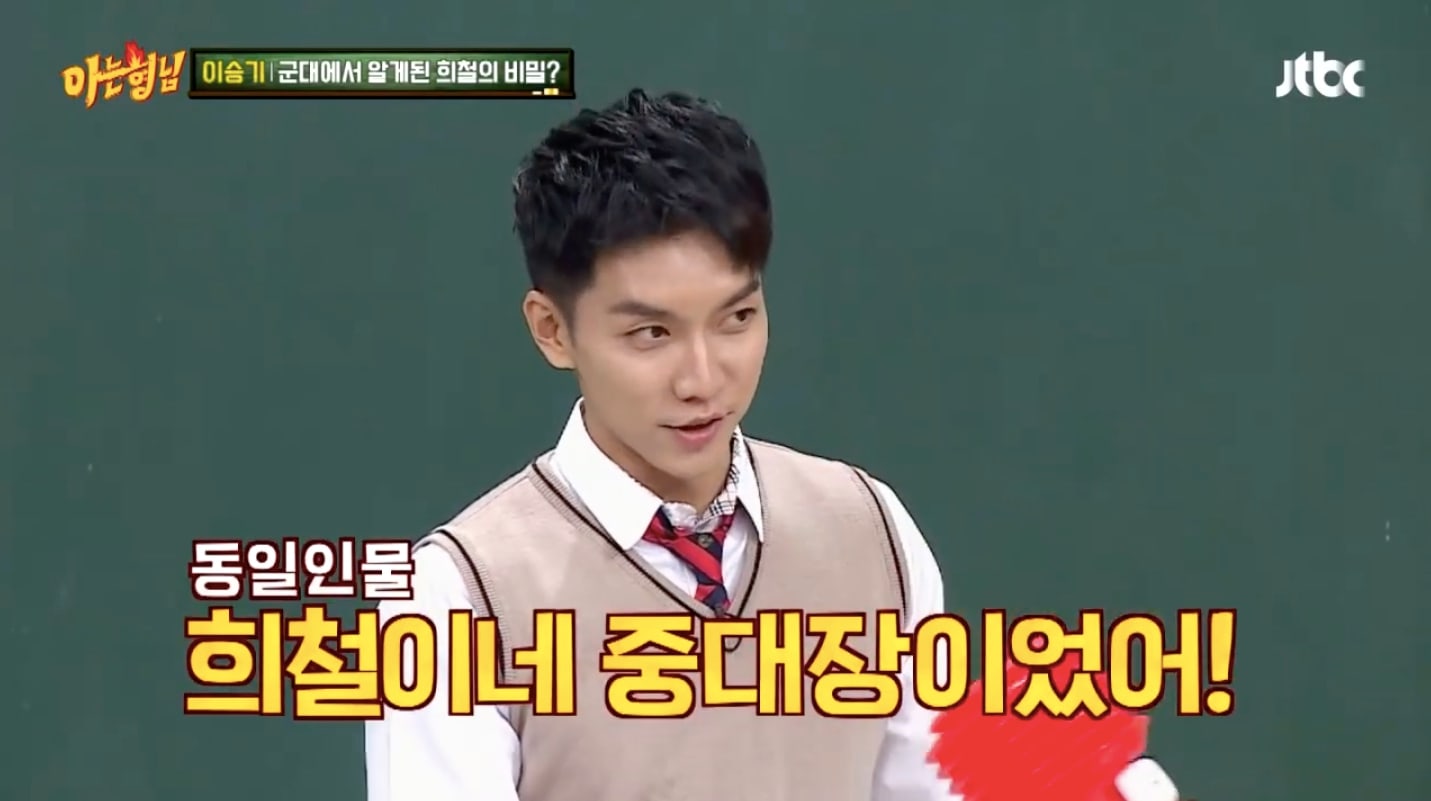 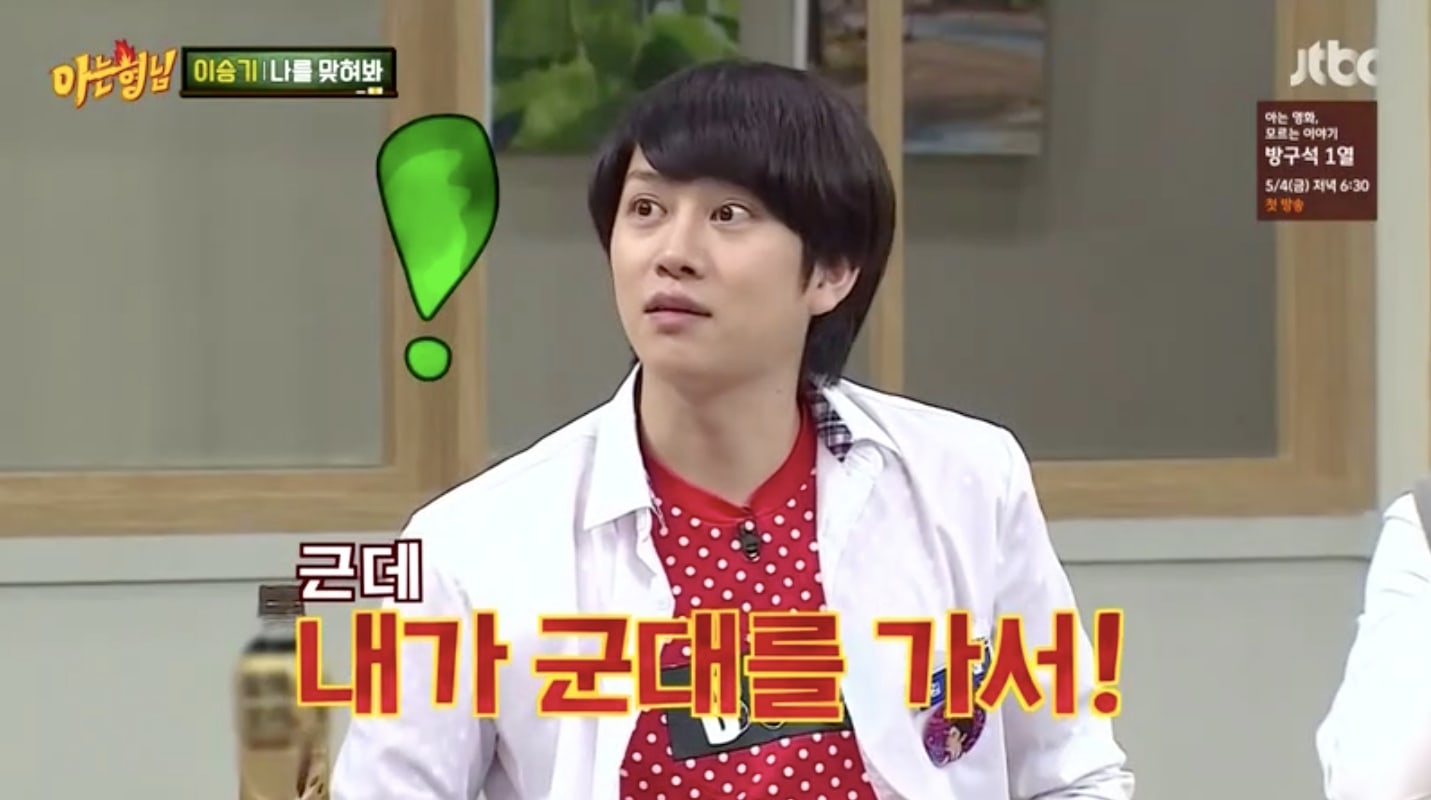 Lee Seung Gi then asked the cast members to guess what the secret was. When they struggled to guess the correct answer, he elaborated, “[What I learned] was completely opposite from the image that I’d had of Heechul. I thought it was cute.”

He went on to explain, “You know how everyone has a captain at military training camp? I had the same captain as Heechul. Do you remember him? He’s really funny.”

After a flood of incorrect answers, Min Kyung Hoon finally managed to guess, “He’s a crybaby.”

Heechul immediately rushed to explain himself. “I completed my military service as a public service worker because of my injury,” he said, “but I hated hearing people talk about celebrities entering public service in order to get out [of serving as an active duty soldier]. So at training camp, I did everything by the book.”

He continued, “I marched even though though my leg hurt, even though I had entered public service because of my leg injury. So I ended up hurting my leg even more, and I had to go around on crutches.”

Lee Seung Gi sympathetically chimed in, “That’s right. [I heard that] he was frustrated because he wanted to do more but couldn’t because of his leg, and so he cried a lot.” 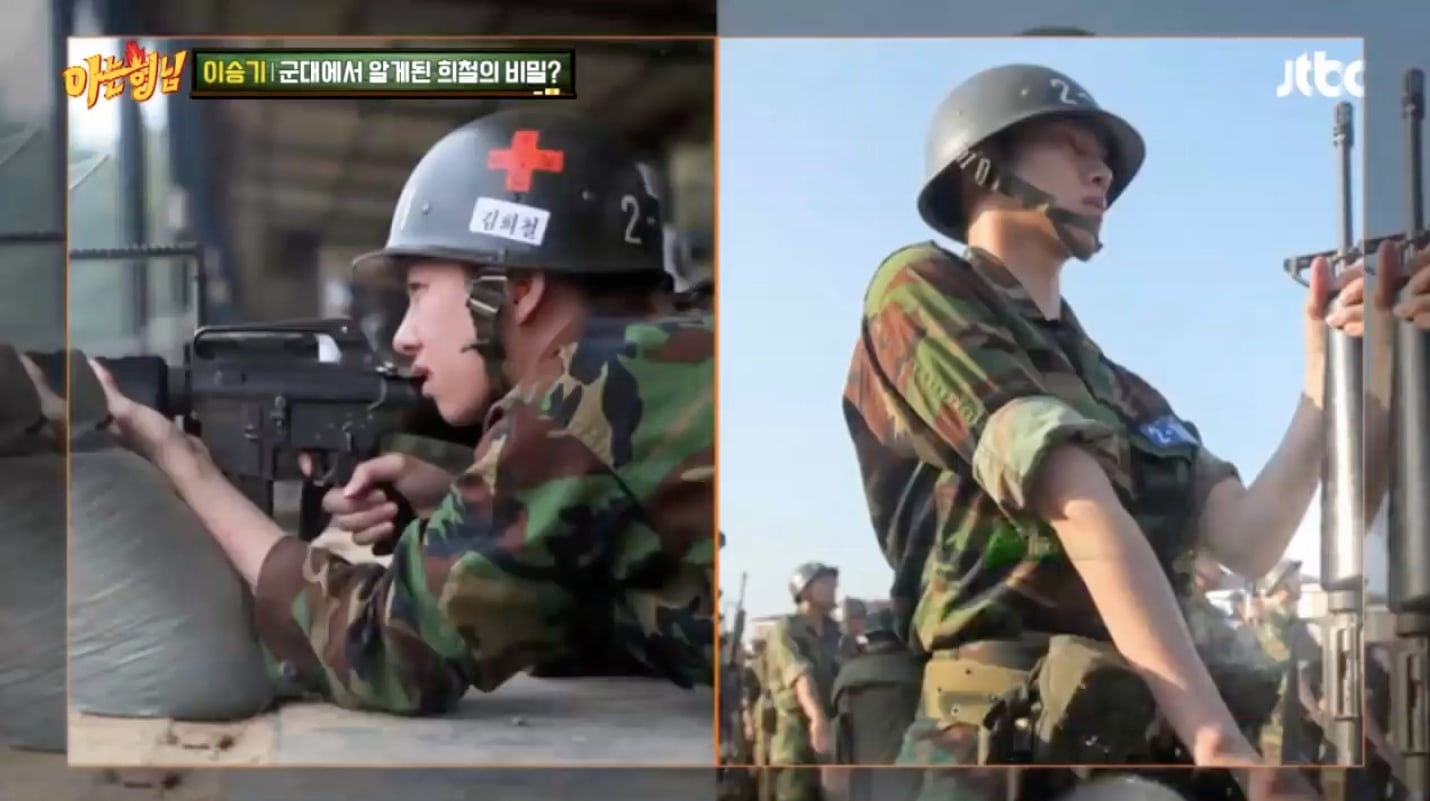