During the April 21 broadcast of the music talk show, Eric Nam and Wendy performed their 2016 duet “Spring Love” live. When host Yoo Hee Yeol expressed his disbelief that it was only their second time performing the song together, Eric Nam explained that even though the song was two years old, they never actually performed it until this year.

“This is only our second performance together after ‘Music Bank‘ last week,” said Eric Nam. “Back when we released the song digitally, it had already been determined from the start that we wouldn’t be promoting it. And then last year, our schedules didn’t fit together very well, so we couldn’t [perform together]. But this year, I had promotions planned [for my new mini album], and it just so happened that Wendy was available, so we ended up performing together.”

Yoo Hee Yeol replied, “I think the song is too good to just let pass without any promotions.” When asked to share her thoughts, Wendy expressed her gratitude for the opportunity, saying, “I’m thankful, of course, since I get to perform together with Eric Nam.” 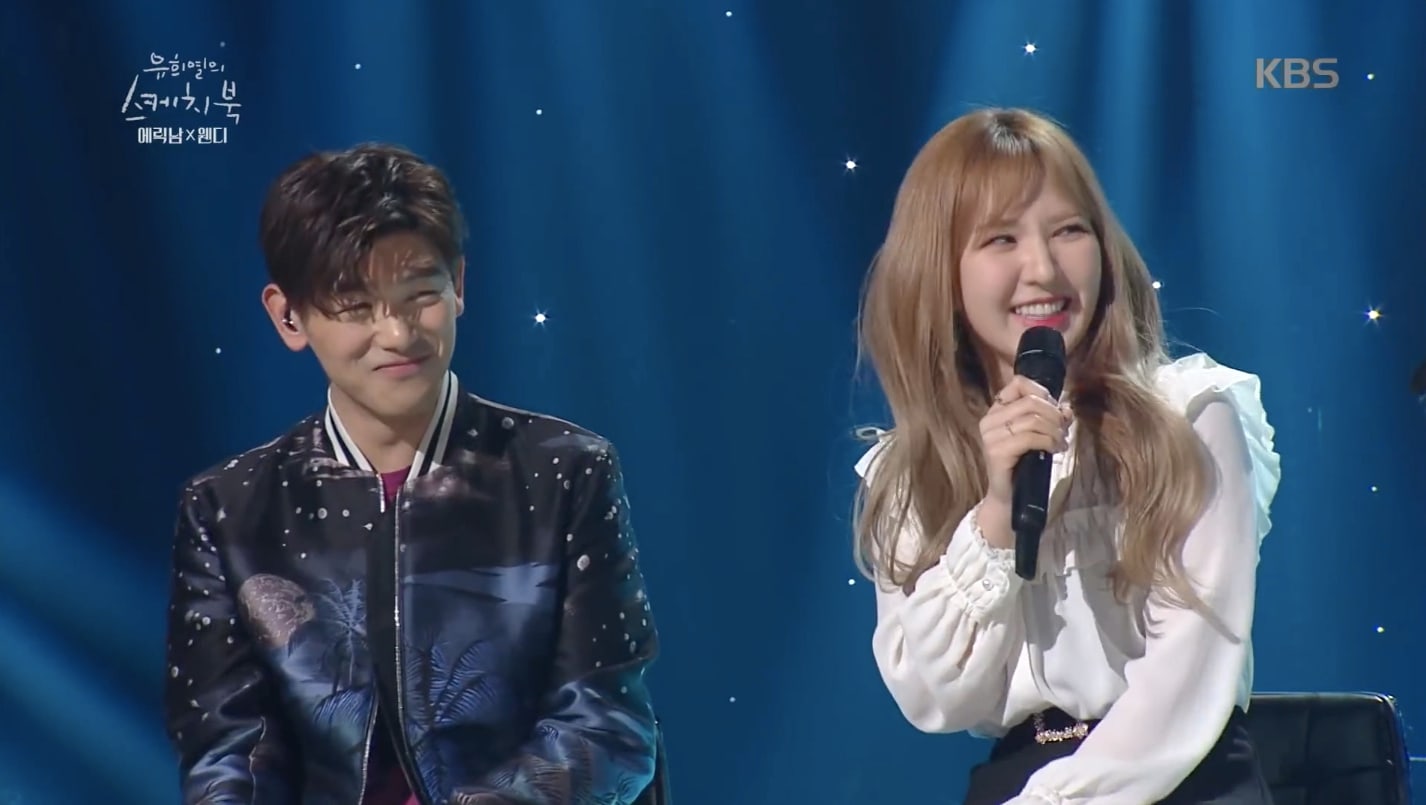 The two singers also graced the audience with brief covers of their favorite breakup songs. Eric Nam sang a heartfelt rendition of Urban Zakapa’s “There’s Us,” while Wendy put her own spin on Lee Eun Mi’s ballad “In the Process of Breaking Up.”

Check out the videos of Eric Nam and Wendy’s performances below!