The April 22 episode of MBC’s “King of Masked Singer” featured a showdown for the 75th champion title.

The reigning champion, Invincible East, had won the past four consecutive titles and was contending for the fifth. Challenging her was the contestant Royal Guard.

During this episode, Royal Guard sang Park Hyo Shin’s “Fool” in Round 2 and sang Ailee’s “Don’t Touch Me” in Round 3. Invincible East’s choice of song this week was Cho Yong Pil’s “Song of the Wind.” 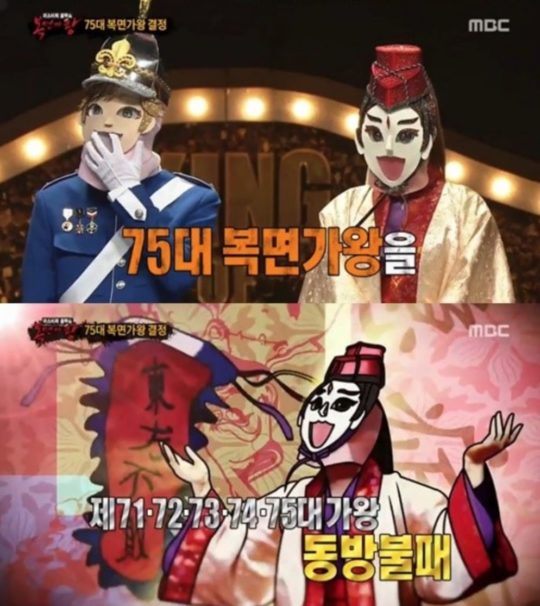 In the end, the audience voted Invincible East the winner of the 75th title, marking her fifth consecutive win. Royal Guard then took off his mask to reveal himself as Wanna One’s main vocalist Kim Jae Hwan.

Right before he took off the mask, Kim Jae Hwan said, “I didn’t sleep well while preparing. I’m really happy and grateful that I was able to come this far in the rounds today.” 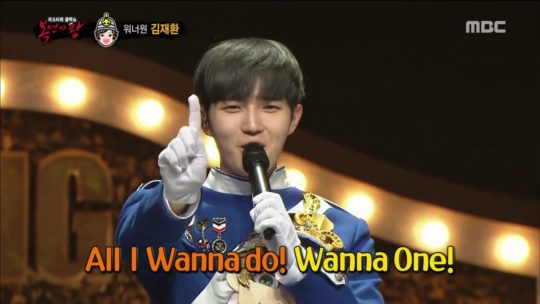 After he took off his mask he added, “I’ve never received such high praise in my life before. There are a lot of members who sing well [in Wanna One] so I don’t sing verses. So I thought many people wouldn’t recognize my voice. Also, I tried to sing in a different voice on this show than I usually do. I was really nervous.”

He concluded, “My dream is to become a singer that can move people like the Kings on this show. My luck was good here. I think that I was able to show myself singing wholeheartedly so I’m happy. Please continue to listen to my voice and music in future.”

Watch the latest episode of “King of Masked Singer” below:

Wanna One
Kim Jae Hwan
The King of Mask Singer
How does this article make you feel?