From April 21 to 22, JBJ held their final concert “Epilogue” at the SK Olympic Handball Gymnasium.

JBJ debuted in October 2017 as a fan-selected group of former “Produce 101 Season 2” trainees. The group participated in reality programs like “Just Be Joyful” and released three albums, “Fantasy,” “True Colors,” and “New Moon.”

After the opening performance, Noh Tae Hyun said, “It’s an honor to be able to perform in a big arena.” The members then looked back on their first promotions with “Fantasy.” Kim Sang Gyun said, “There were difficulties while preparing for the album. But it was fun because it was the first.” Kim Yong Guk (Longguo) said, “When I think of my debut, I think I was pretty awkward. I was so nervous during music shows but the members helped calm me down.” Kwon Hyun Bin added, “There was a time on a music show when my necklace caught on my mic. But I was able to resolve it.” 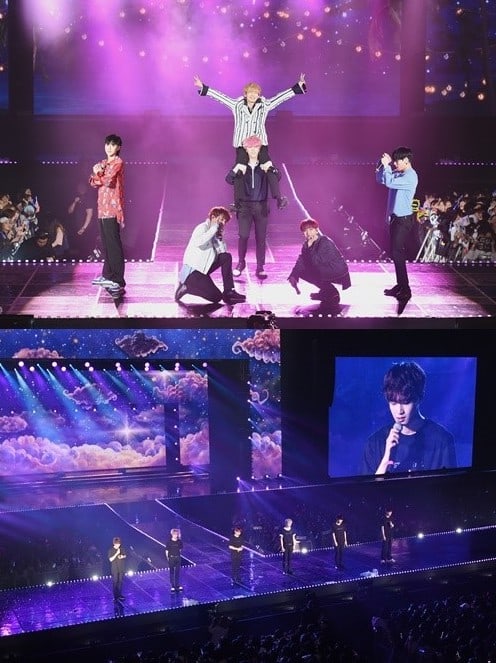 During the concert, JBJ not only performed their own songs but put on special stages solo or in subunits. Kwon Hyun Bin and Kim Yong Guk teamed up for their self-produced track “Love U” as well as a cover of Heize’s “Jenga.”

About his performance, Kenta said, “I really like the song ‘Flower Road’ and I wanted to perform it at our February concert. The lyrics are so good and I wanted to express them to our fans.”

Later Kenta said about their new album “New Moon,” “The moon changes from the crescent moon to the new moon. When you think it’s over, it’s actually a new beginning. That’s similar to our situation now.”

Kim Sang Gyun added, “Last year we thought that ‘Produce 101 Season 2’ was the end, but it was the beginning.” Kim Yong Guk said, “We are together at the beginning and at the ending. But I don’t think that it’s a complete ending yet.” 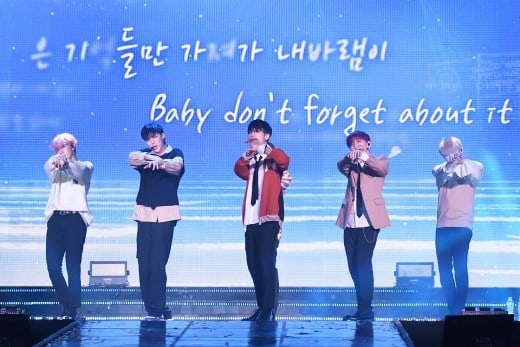 Near the end Kenta said, “This is the moment that will remain in my memory. I was a trainee a year ago, but now I’ve done a concert tour, appeared on broadcast, and it’s all thanks to you. I don’t want anyone to forget this moment. I won’t forget it either.”

Kim Yong Guk said, “The moment that left the deepest impression is probably right now. I won’t forget this time.” Kim Dong Han said, “It was fun and I was happy. Thank you to Joyful [fan club name], who made it possible for us to do everything.”

Noh Tae Hyun said, “Like this album concept, if there is a beginning, there is an end, and there is a another beginning. I don’t know shape this beginning will take, but I hope that in the future the six JBJ members and Joyful will always be happy.”

Kim Sang Gyun said, “I want to say that I’m so grateful. There are a lot of regrets [about saying goodbye].” Kim Yong Guk said, “I was happy thanks to everyone. Every second and every minute was precious.” Kwon Hyun Bin, his voice choked up, said, “I was sincerely happy, thank you so much.” 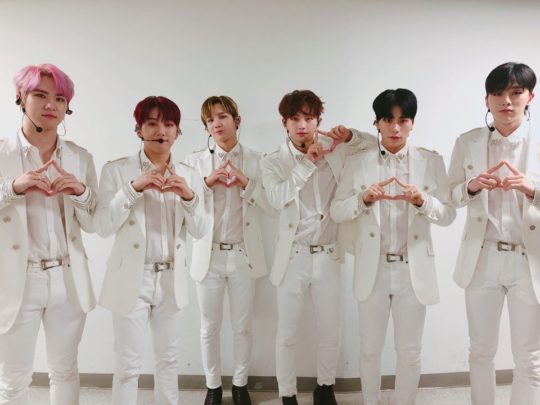