On April 22, the variety show aired the second part of its “Kim Joon Ho Luck Creation Special,” in which the members ensured that he would have the best day ever. The members and staff worked together to prank Kim Joon Ho so that he would believe that he was having the best possible luck that day, with everything going in his favor seemingly by chance.

Kim Joon Ho began to get suspicious when he saw that he had won the popularity contest, but the members quickly changed the subject and diverted his attention. After winning the game missions, Kim Joon Ho was then treated to a home-cooked meal for dinner. As he enjoyed the various dishes, he commented that it tasted like his mom’s cooking.

His mom and younger sister then suddenly appeared and took him by surprise. Wearing matching T-shirts with his face on them, they revealed that the food was indeed his mom’s cooking.

When asked how they were doing, Kim Joon Ho’s younger sister joked, “[My brother’s recently] become lonely, so we see each other often these days.” 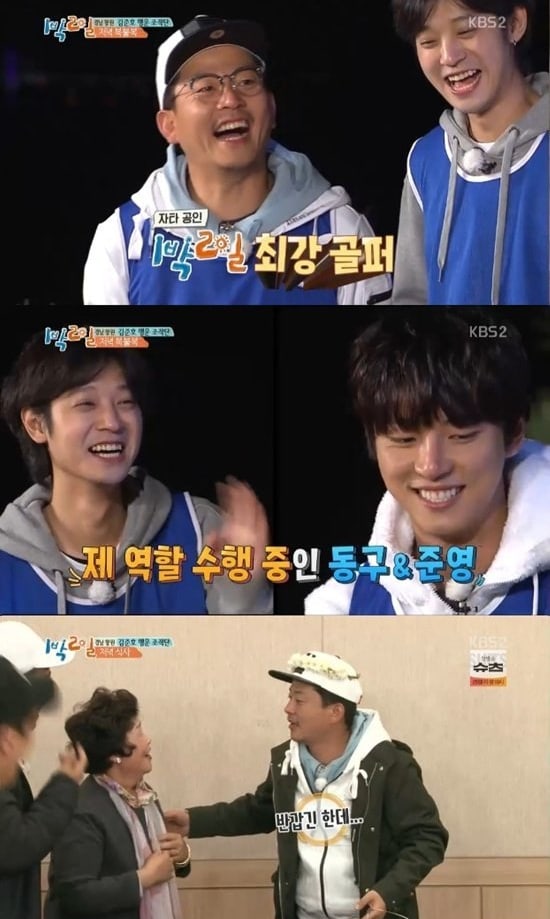 For dessert, the staff handed him rice puffs with a written message that finally informed him of the prank. Rather than feeling betrayed, Kim Joon Ho seemed happy and even went on to say, “Let’s continue doing this.”

On the next day, Kim Joon Ho enjoyed a date with his mom and younger sister. His mom looked happy as she held her son’s and daughter’s hands while walking outside in the beautiful spring weather.