IMFACT Talks About Their Experience On “The Unit”

IMFACT shared their difficult times as idols and growing experiences as participants on “The Unit.”

The five-member boy group debuted in 2016, and this is their second year as idols. Despite the fact that they received much interest for having debuted in Star Empire, the same agency as ZE:A, they weren’t able to receive as much success as initially hoped.

However, IMFACT didn’t give up and continued to challenge themselves in order to rise to the top. Therefore, they participated in KBS’s idol rebooting program “The Unit,” which brought a new turning point in their lives.

When asked about their happiest moment since their debut, Ungjae answered, “I was the happiest when I debuted. I can’t forget the joy of going on the stage after suffering from hard times as a trainee. I thought I finally achieved my dream.”

On the contrary, Ungjae shared the most difficult time, saying, “It was hard during the break before the previous album came out. While we were in Japan for our schedule, all of our plans had come to a complete halt. We tried our best to prepare for the next album, but it kept being pushed back. It was tough and tiring. However, we’re promoting with good music right now, so we’re content.” 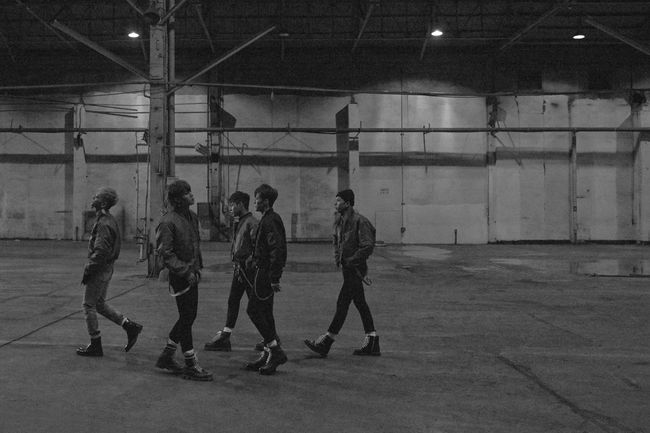 Only four out of the five members had participated in “The Unit.” Concerning the program, Jeup said, “When we received the offer to be on ‘The Unit,’ we thought about it a lot. We had to make a choice, but it wasn’t hard. Appearing on the show was a valuable time for us. There were many parts we regret, and we felt pressure as well. However, none of us regret it. We think it’s a challenge we should’ve taken at one point in our lives.”

When asked what was their goal for their comeback this time, Jian replied, “Of course, it’d be great if we get great outcomes, but we would like to be imprinted as a fresh shock to others. I think our priority is to let others remember us as the group IMFACT. It seems too early to dream of being No. 1 on charts.”

Last but not least, the group discussed their plans for the rest of the year. Taeho said, “We want to promote without regrets this year. The company has given us full support because of our losses in the past. I think this is our start now. We will endlessly do our best.”

Ungjae added, “If we had done well from the beginning, we could’ve went down quickly. I want us to be a long-running group as we’ve been longing for a long time. We personally experienced many hardships. We would like to stay on stage for a long time as we remember the past two years.”