Rapper Loco and MAMAMOO’s Hwasa have topped all major charts with their duet!

The pair recently collaborated for the show “Hyena on the Keyboard,” where they produced the song “Don’t” (literal title). Shortly after its online release on April 21, the song topped many realtime charts.

It’s gone on to sweep all the major charts! As of April 23 at 4:30 p.m. KST, the song reached No. 1 on all six major Korean music sites’ realtime and daily charts, as well as iChart’s realtime and weekly chart. This means it grabbed a “perfect all-kill”! 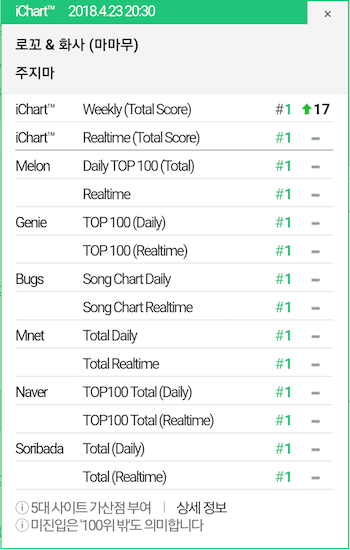 Congratulations to Loco and Hwasa!

MAMAMOO
Loco
Hwasa
How does this article make you feel?