“Four Sons” is a mystery thriller about a man who gets swept up in a conspiracy as he investigates his mother’s suspicious death and meets people who have the exact same face as him. Park Hae Jin will play the lead role of Kang Il Hoon, the chief secretary at a large company, as well as three other characters with the same face. The cast includes Park Hae Jin, Nana, Kwak Si Yang, Lee Ki Woo, Kim Chang Wan, Park Geun Hyung, and more.

In the released photos, Park Hae Jin and Nana have a romantic time in a field of beautifully blooming flowers. Nana is dressed in a long, white dress with a crown of flowers adorning her head, while Park Hae Jin is dressed in a clean button down. They hold hands and dance, as well as embrace and kiss, making them look like the bride and groom of a gorgeous outdoor wedding. 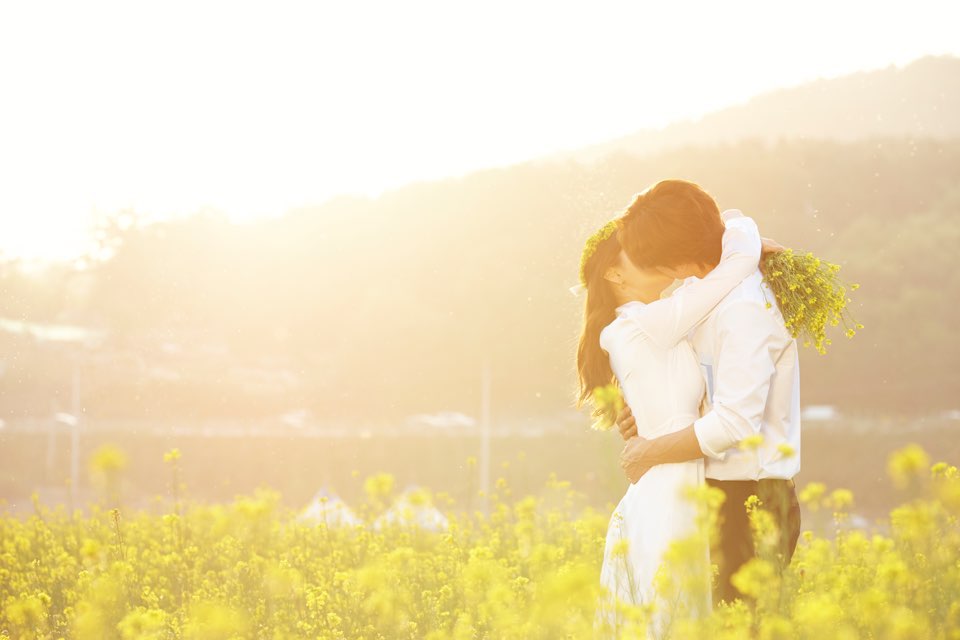 “Four Sons” is being led by director Jang Tae Yoo, who previously directed “Painter of the Wind,” “Tree With Deep Roots,” and “My Love From the Star,” and it is a completely pre-produced drama. It will air in the latter half of the year.

Nana
Park Hae Jin
Four Sons
How does this article make you feel?