Former “Weekly Idol” hosts Jung Hyung Don and Defconn have begun filming for their new variety show “Idol Room,” and they went live with their first guests: Wanna One!

Their live broadcast on Naver’s V Live with all the members of Wanna One began after midnight KST on April 24. As fans sent in their questions for the guys to answer, Wanna One started things off by doing impressions of each other while introducing themselves.

The hosts mentioned that Wanna One was their first idol guest on the show, and asked how the recording was going. Kang Daniel cracked everyone up when he answered, “I experienced something very shocking today, but…” Jung Hyung Don and Defconn joked that they wanted to explain but that it would be a spoiler for the show.

“However, it was great to meet DoniConi for the first time in a while,” continued Kang Daniel. “I think it’s a show that will do very, very well!” 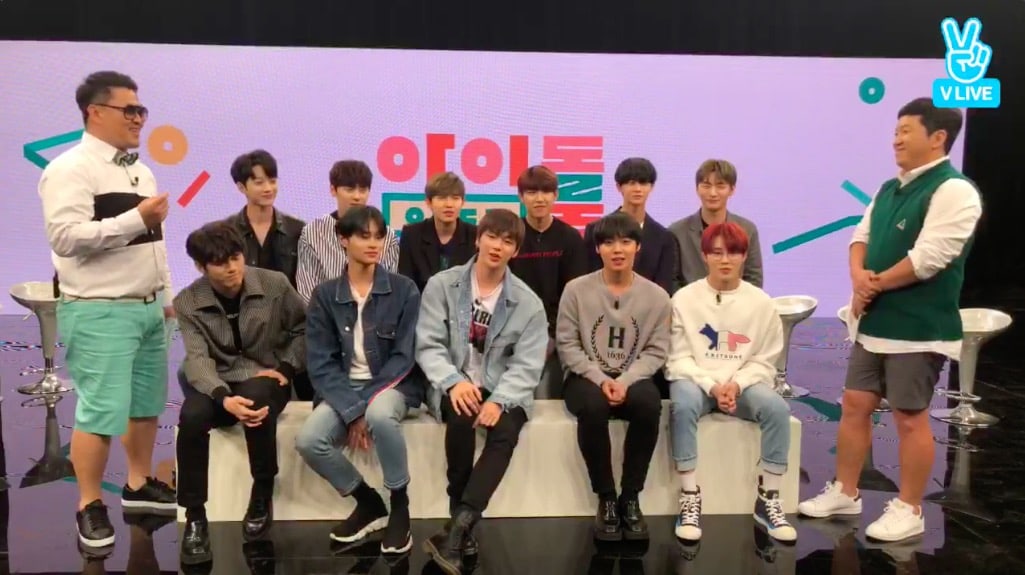 The two MCs then announced that they’d prepared a special segment where they’d reveal for the first time what names the members had used when saving each others’ numbers on their phones. Wanna One said that even they didn’t know what they were saved as on each other’s phones.

Ha Sung Woon was first up, and he revealed that he’d saved all the members by their real names. However, he also added numbers afterwards for how many times the person had changed their number, because he doesn’t delete their old numbers.

Kang Daniel said he has a system similar to Ha Sung Woon’s, except instead of using numbers, he just repeats the person’s last name when they change their number. He also admitted that some of them were just saved as whatever he’d felt like, such as Lai Guan Lin being “Lin Lin.” He later shared that he’d first saved leader Yoon Ji Sung on his phone as “boss.” 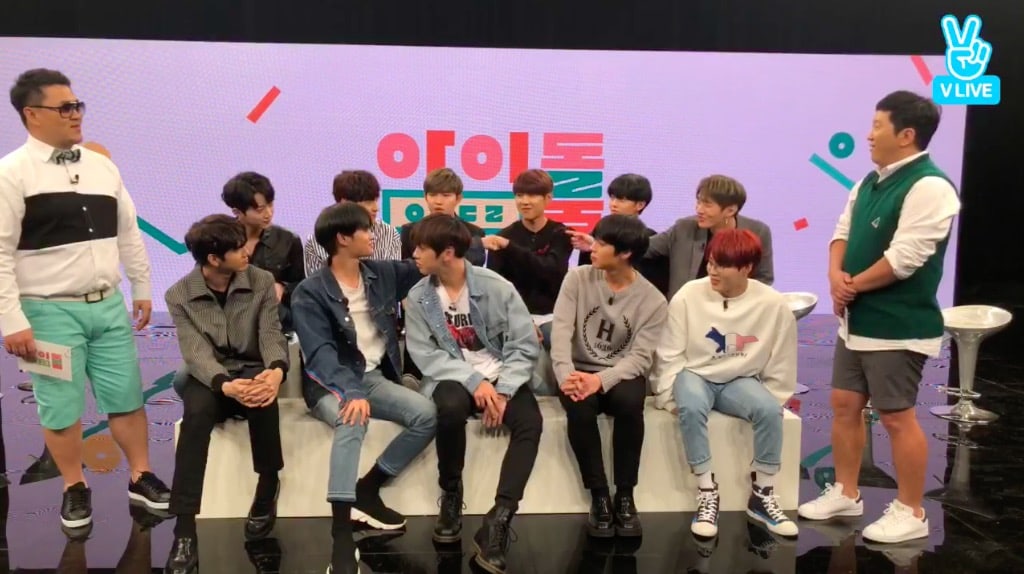 Ong Seong Woo said he uses a basic name format when he saves numbers too, but that he was really excited when he entered everyone’s names starting with “Wanna One” because it meant they were really a group.

Hwang Min Hyun revealed, “I’m also the type that just saves people as their names, but recently, Jin Young said the names were too formal so he changed his on my phone to ‘Our Bae Jin Young’ with a heart.”

When it was Kim Jae Hwan‘s turn, he made the hosts laugh when he explained how he’d saved Yoon Ji Sung in an interesting way. He said that Yoon Ji Sung’s name “Ji Sung” had reminded him of the phrase “Sincerity moves heaven,” because the first word in Korean begins with “Ji Sung.” He’d therefore saved Yoon Ji Sung with that phrase on his phone.

Park Woo Jin explained how he’d put the members’ numbers into his phone using spellings of their name that made them sound cute, and then surprised everyone when he said he’d saved Park Ji Hoon as “My love Hoon.”

As everyone laughed, Jung Hyung Don asked Park Ji Hoon, “How does it feel to be suddenly proposed to?” Park Ji Hoon hesitated slightly before replying, “Oh, it’s great!” 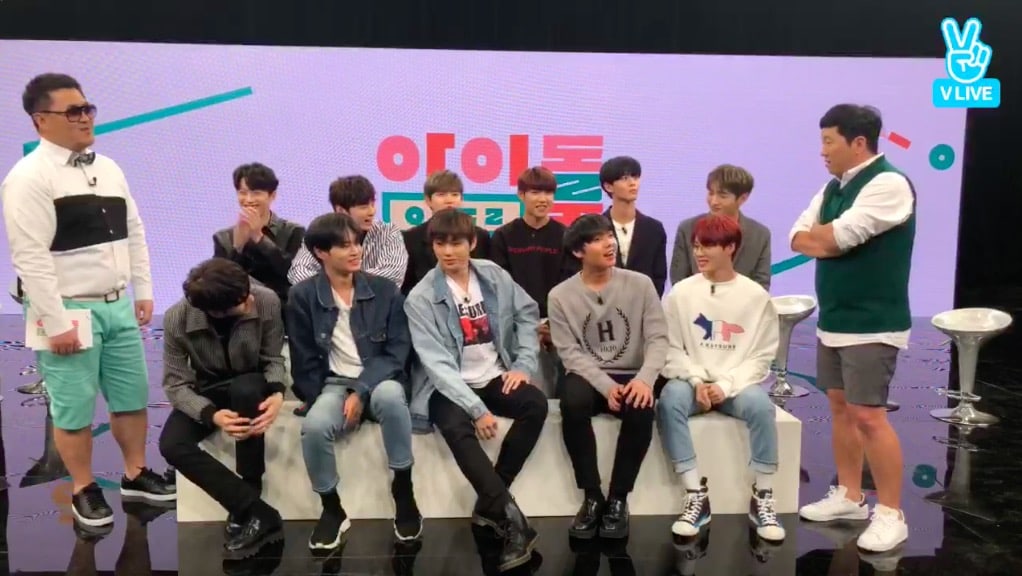 Finally, Yoon Ji Sung said he uses nicknames for the guys, like calling Ha Sung Woon by his nickname “cloud.” He added, “I put Kang Daniel in as Daniel with a monkey emoji.” He explained that Kang Daniel had really seemed like a baby when he’d first met him, so he’d picked a cute baby monkey. He then cracked everyone up when he admitted that he’d saved everyone with funny photos of them.

Jung Hyung Don and Defconn’s new show “Idol Room” will premiere simultaneously on JTBC and V Live on May 12 at 4:40 p.m. KST.

Wanna One
Defconn
Jung Hyung Don
Idol Room
How does this article make you feel?