With their new film “Burning” coming out soon, actors Yoo Ah In and Steven Yeun shared what it was like to work together!

Co-stars Yoo Ah In, Steven Yeun, and Jeon Jong Seo attended a press conference on April 24 for “Burning,” along with the film’s director Lee Chang Dong.

Although Yoo Ah In and Steven Yeun’s characters engage in a tense psychological battle in the film, in reality they became good friends.

Yoo Ah In said at the event, “Steven Yeun is older than me, but we just call each other by our names like it’s done in America. That might be why it was more comfortable and we quickly became close. We also had really great chemistry.”

Steven Yeun said, “Yoo Ah In is an awesome actor. He’s really great at acting. It was great to be able to work together with him.”

He also said that they’d first met when their characters were first meeting as well, and they got to know each other like they characters did over time. “Since we worked together for four months, we became friends,” said Steven Yeun. “He’s a really amazing actor. I felt that it gives an actor freedom to be able to trust the person they’re acting with in a scene.”

Director Lee Chang Dong also praised the pair for their performances in the film, saying that Yoo Ah In had put a lot of work into researching the character and preparing, and that he’d done a great job acting the difficult role. He also praised Steven Yeun for doing so well with the Korean script.

“Burning” is a mystery thriller film that has already been invited to the competition at this year’s Cannes Film Festival. It will hit theaters in Korea in May. 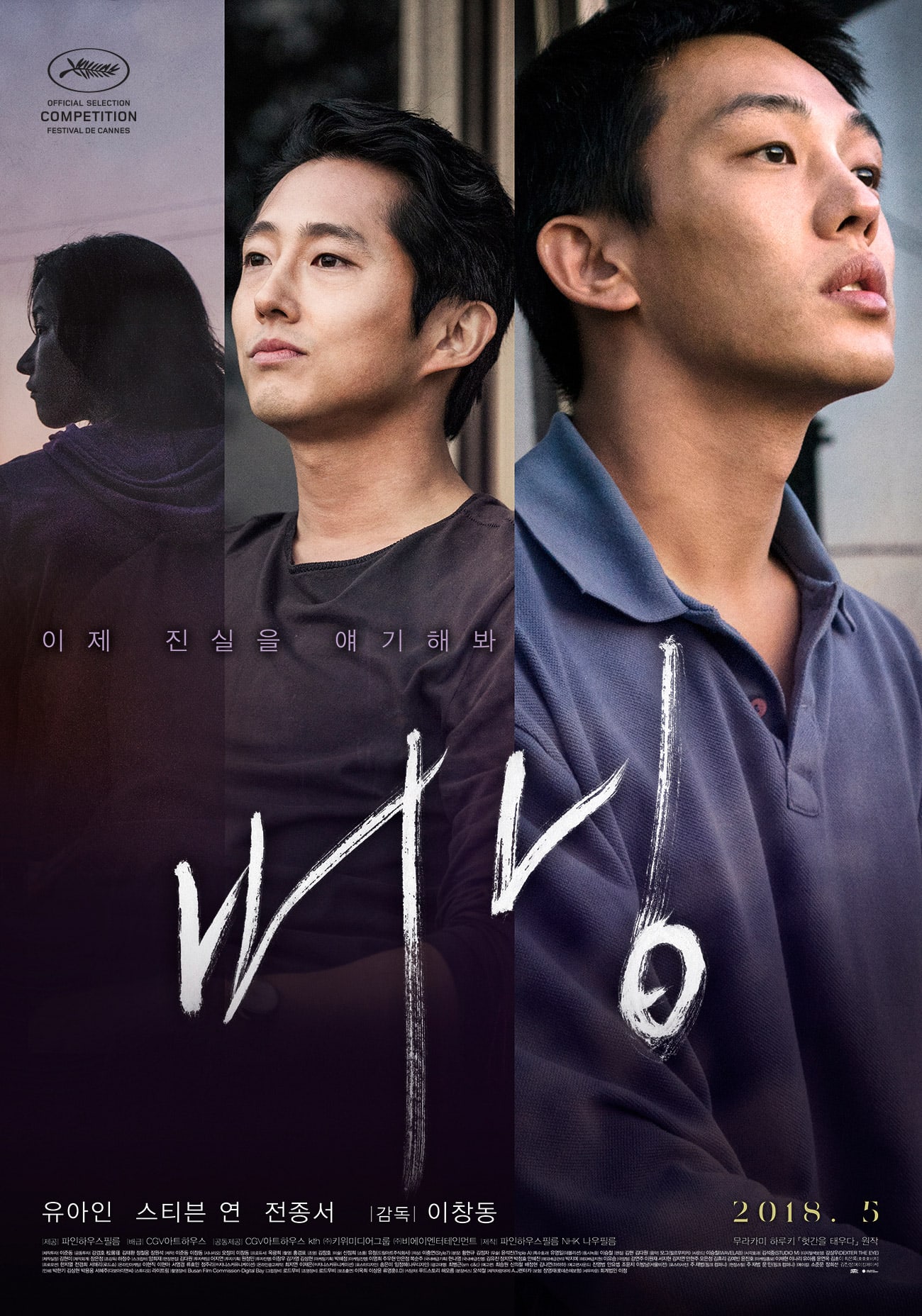 Steven Yeun
Yoo Ah In
XPN
Burning
How does this article make you feel?