The cast of OCN’s newest drama “Mistress” held a V Live broadcast ahead of the show’s premiere.

“Mistress” is a mystery thriller and remake of the 2008 BBC original series “Mistresses.” It will explore the lives of four women, their complicated relationships with men, and their psychological anxiety as they experience upheaval due to a murder case.

On April 25, Han Ga In, Choi Hee Seo, Goo Jae Yee, and Shin Hyun Bin gathered to talk to viewers about their drama via V Live.

With three days left until the premiere, Han Ga In commented, “I usually get nervous before the premiere, so I’m more nervous.” “Mistress” is Han Ga In’s first drama in six years after she last appeared in MBC’s “The Moon Embracing the Sun.”

She continued, “These days, filming is so fun. I feel like I’m in a different world. At home, I usually take care of my child and do housework. I’m experiencing new technology and filming on V Live. I don’t know newly coined words.”

When asked what the four actresses talk about, they replied, “We talk about ordinary things that women talk about when they get together. We talk about food, clothes, and also about men. We also talk about filming.” 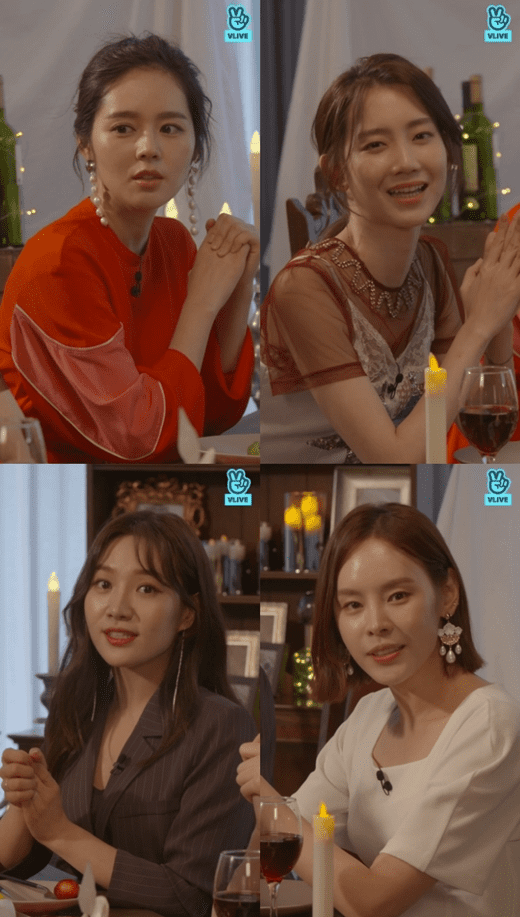 The cast was then asked to describe “Mistress” in a few syllables. Han Ga In’s co-stars laughed when she used an older slang expression to say it’s really fun. She explained, “It’s because I’m late on being updated.”

Choi Hee Seo answered, “This is it,” and added, “I haven’t seen many projects yet, but out of the scripts that I read, I wanted to try this one. I felt like it was worth doing it.”

Goo Jae Yee replied, “Get goosebumps. It’s a drama that has twists and turns.” Shin Hyun Bin said, “What did you say?!” as her answer. She explained, “I was shocked after I saw the script for the end of the fourth episode.”

They also took turns predicting viewership ratings for their first episode. Go Jae Yee stated, “I can’t dare to make an assumption, but I think the viewers will really enjoy it.”

When asked if they had a feeling about whether the drama would be successful, Choi Hee Seo shared a story. She said, “During the first week of filming, I was carrying coffee to the set and poured it all over myself. On my way to to the press conference today, I also poured coffee on myself and ruined my clothes. Since I got bad luck out of the way, I think our drama will do well.” 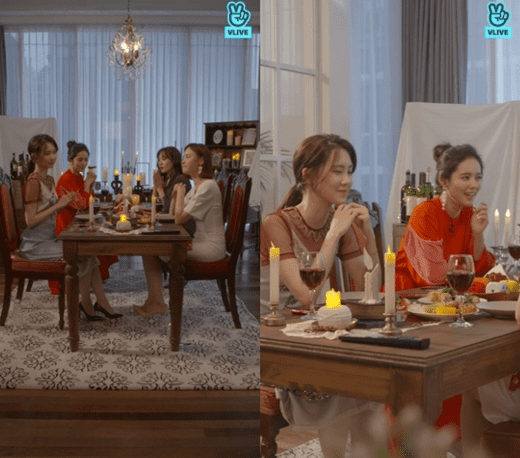 The actresses concluded the broadcast by coming up with ideas for a ratings promise. Shin Hyun Bin suggested, “Han Ga In learned how to make coffee. What if Han Ga In makes coffee and we serve it? I want to invite viewers to a cafe.”