GFRIEND Reveals Official Colors As They Get Ready For Comeback

GFRIEND has announced their official colors!

On April 26 at midnight KST, GFRIEND revealed that their official colors are Cloud Dancer, Scuba Blue, and Ultra Violet. 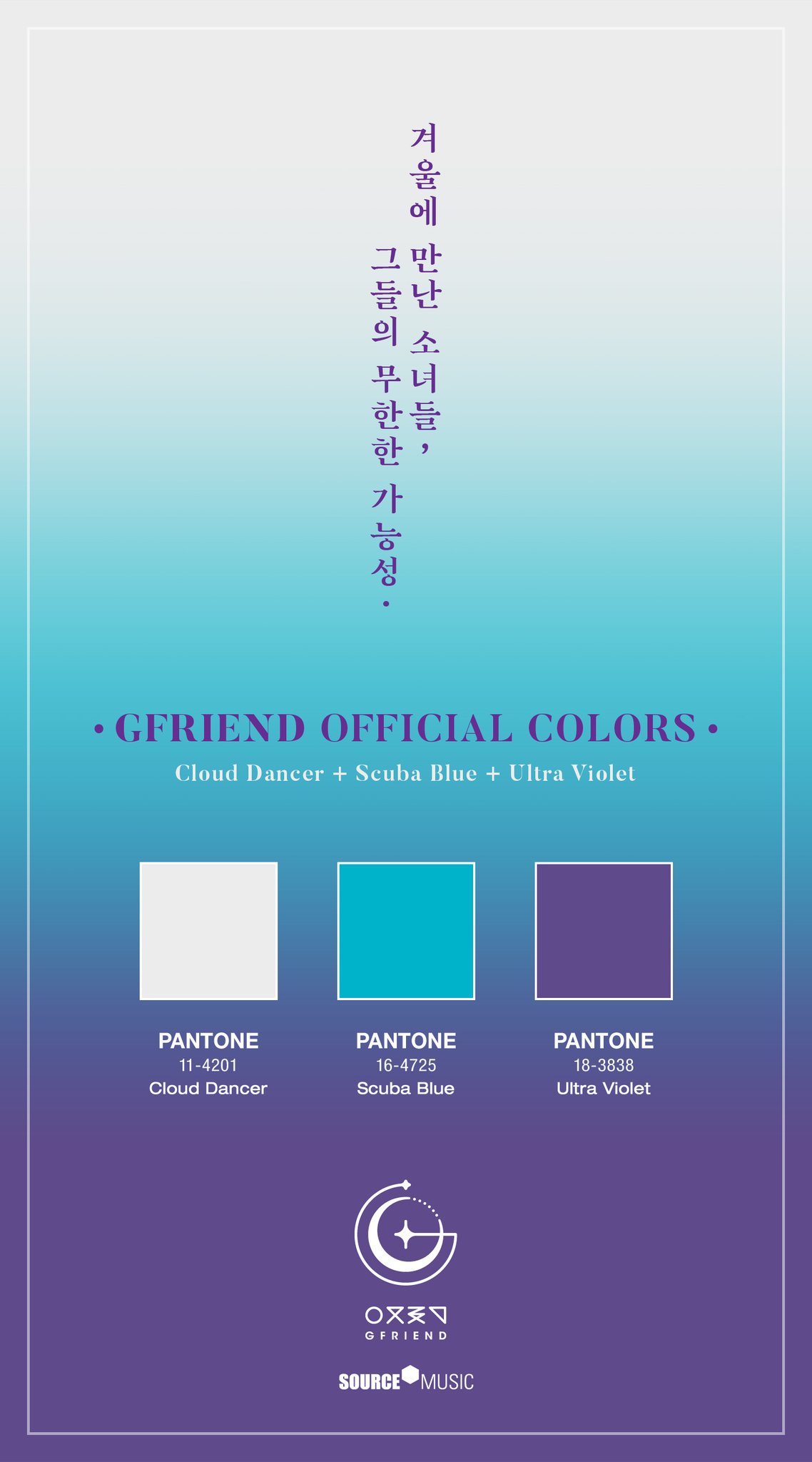 GFRIEND made their debut in January of 2015, and they announced shortly after their one-year anniversary that their fan club name would be Buddy.

The hit girl group is currently gearing up to make a comeback on April 30 with their sixth mini album “Time for the Moon Night.” Check out their teasers so far here!