On April 26, Gaon revealed chart results for the week from April 15 through April 21. 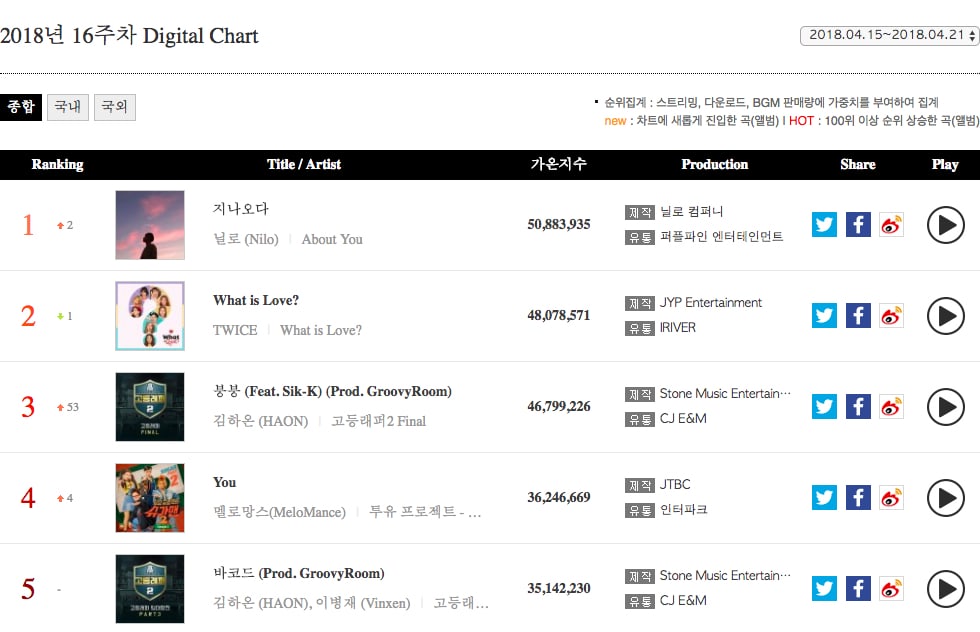 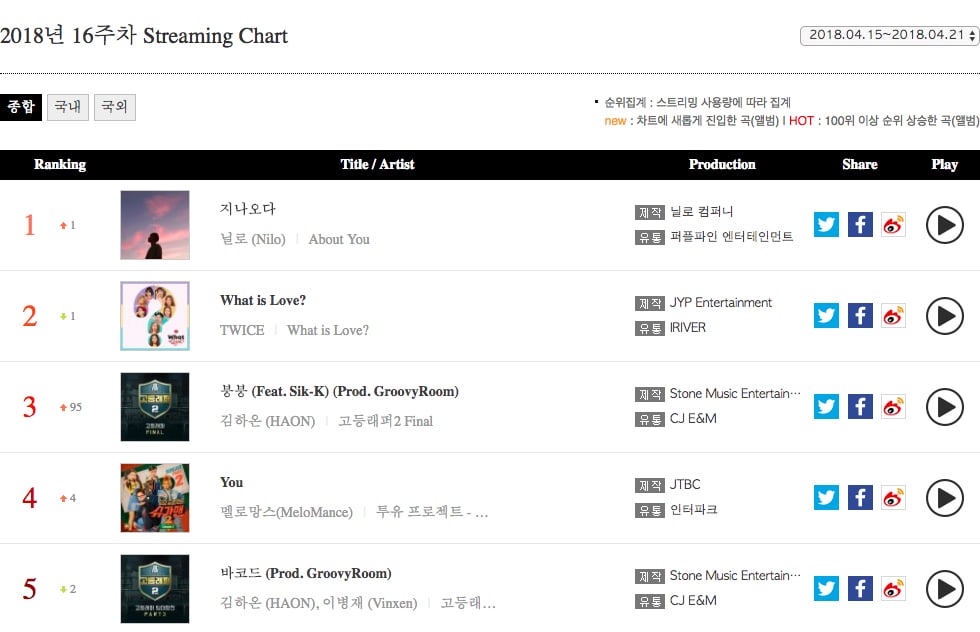 “Boong Boong” took first on the download chart, followed by “What is Love?” and “Pass.” VINXEN’s “Not at All” took fourth, and WINNER’s “Everyday” took fifth. 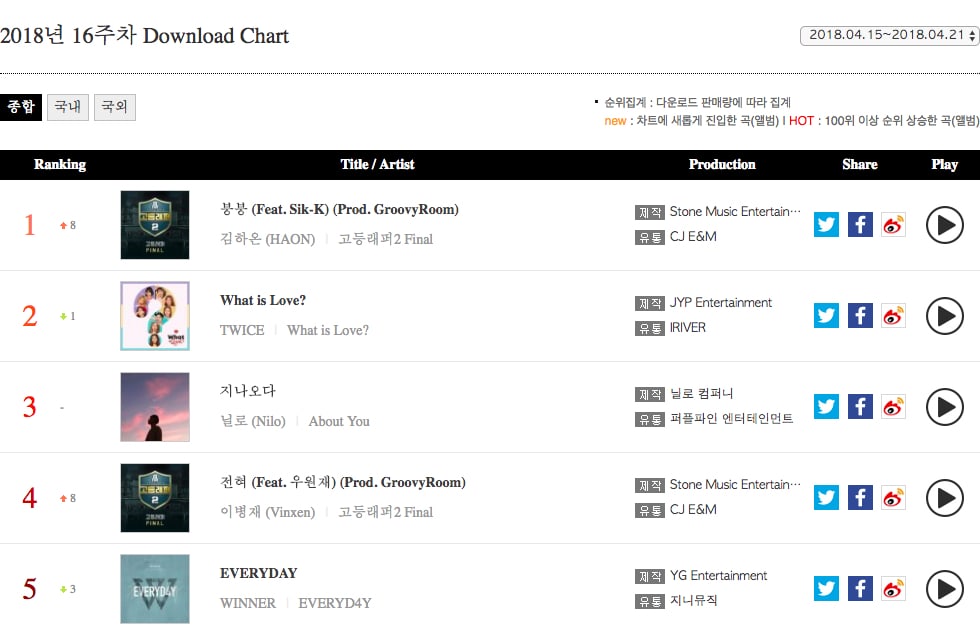 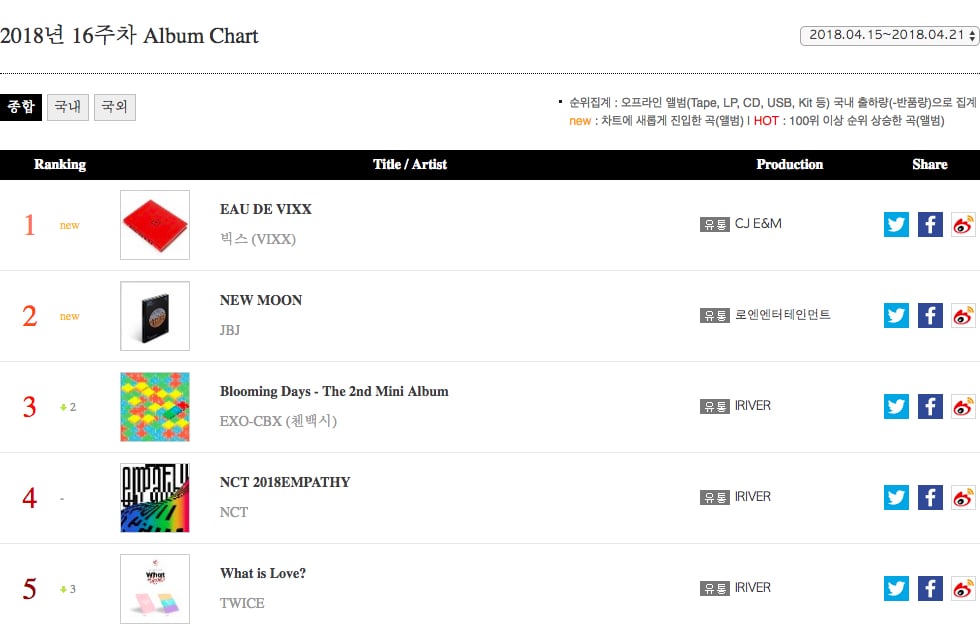 TWICE’s “What is Love?” maintained its reign on the social chart, which is a result of data from YouTube, Twitter, and YinYueTai. It is followed by Super Junior’s “Lo Siento,” MOMOLAND’s “BBoom BBoom,” EXO-CBX’s “Blooming Day,” and BTS’s “DNA.” 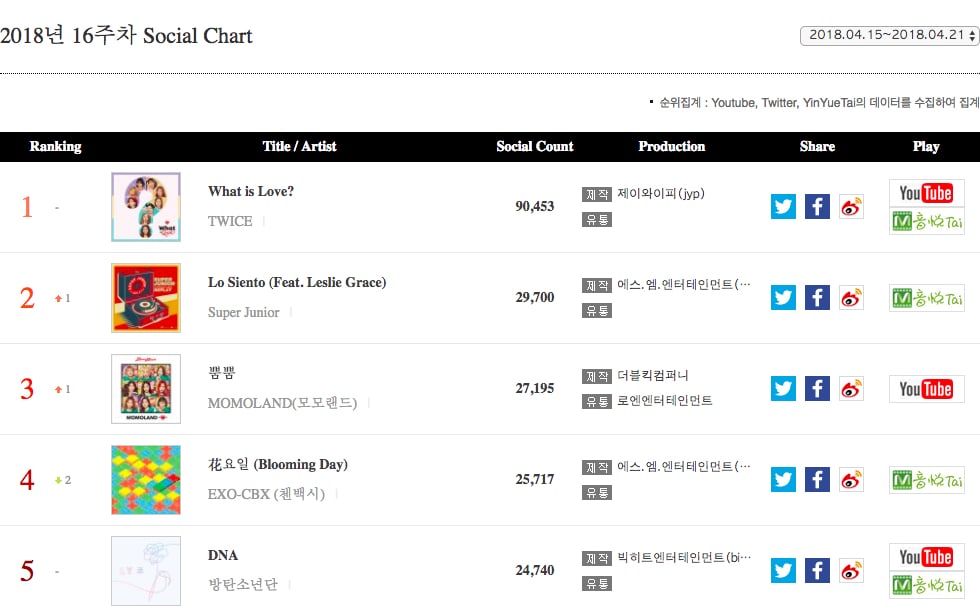