Tough But Rewarding: What It Takes To Be A K-Pop Leader

Behind every great K-pop group is a great leader! There are many positions within an idol group: the main singer, the lead dancer, the maknae, and so on; but one of the hardest positions within a K-pop group is the position of the leader. While we might not always see it on stage, leaders take on a lot of responsibility to keep the team working and thriving. When all else crumbles, a strong leader can be the glue that holds a group together.

So let’s hear it for all the leaders out there! Here’s what it takes to be the leader of a K-pop group.

They’re the spokesman/spokeswoman of their group. 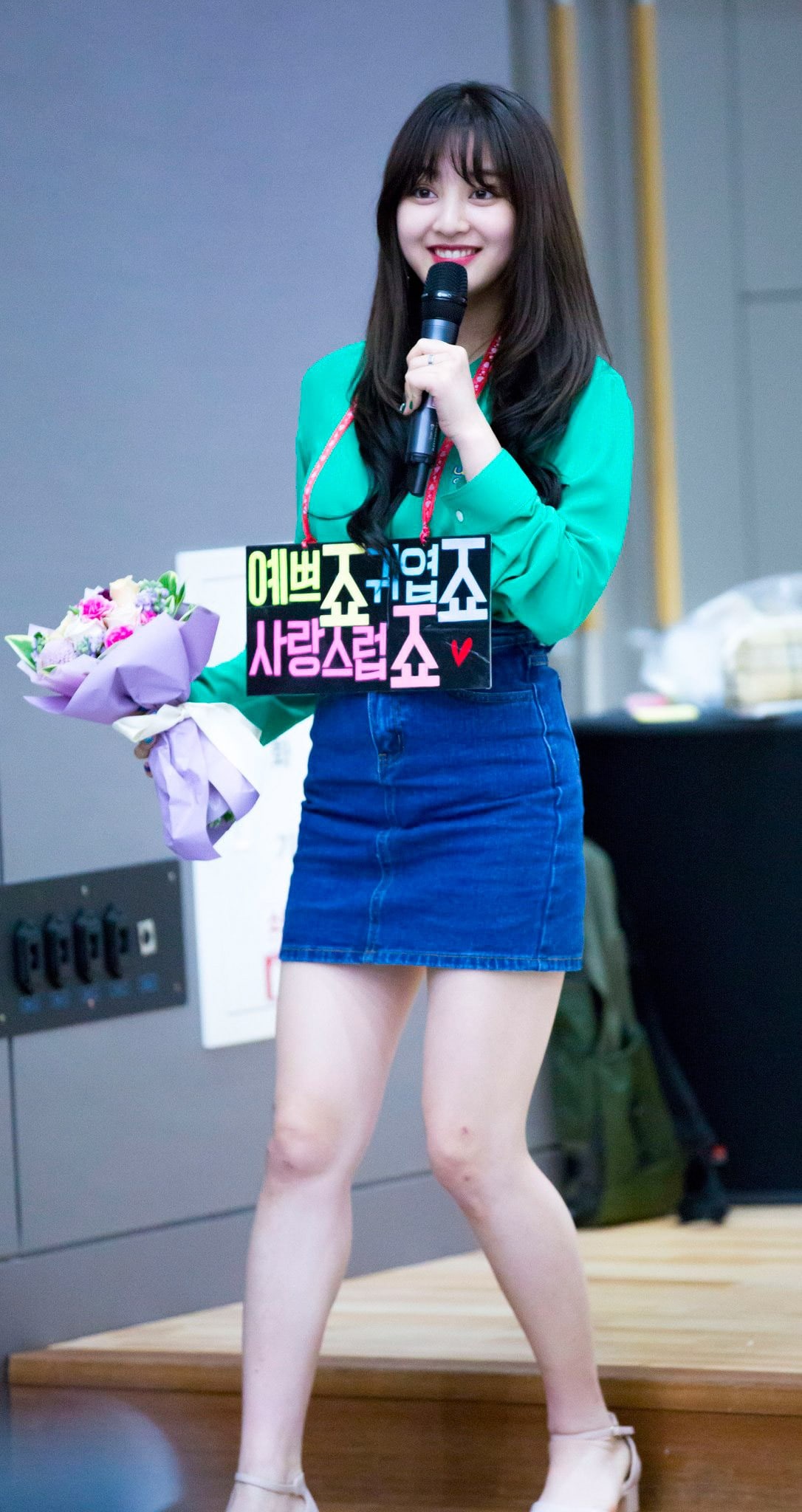 Whether it’s introducing the song, the theme, the concept, or the group itself, the leader is the one in charge. It’s not easy being well-spoken or knowing just the right thing to say when you’re on the spot, but K-pop leaders are always well prepared! And whenever anything goes wrong, it’s the leaders that step up, take responsibility, and apologize on behalf of the group.

A few years ago, EXO won first place for “Overdose” on “M!Countdown” during former member Kris’s departure. At that time, Suho came out alone on stage on behalf of EXO to thank their fans. Despite all that was going behind the scenes, because of Suho’s dependability, strength, and leadership, EXO was able to continue on.

They take on a lot of responsibility. 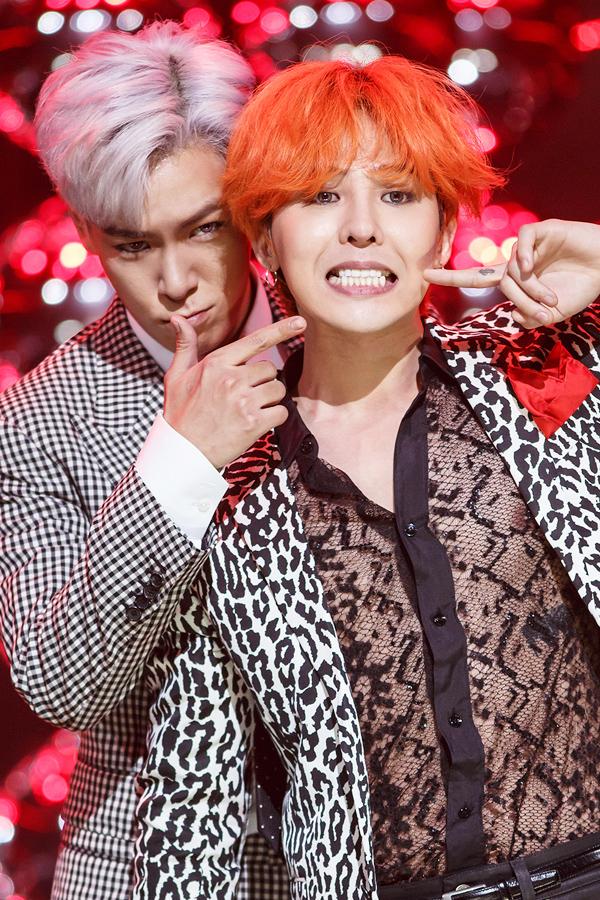 We may forget sometimes, but most idols, especially K-pop leaders, are only in their 20s. The amount of responsibility they take on, both imposed by the company and self-imposed, is a lot, and it does take a toll on them. But this also causes them to mature and grow, perhaps at a faster pace than others. RM once even said it himself: 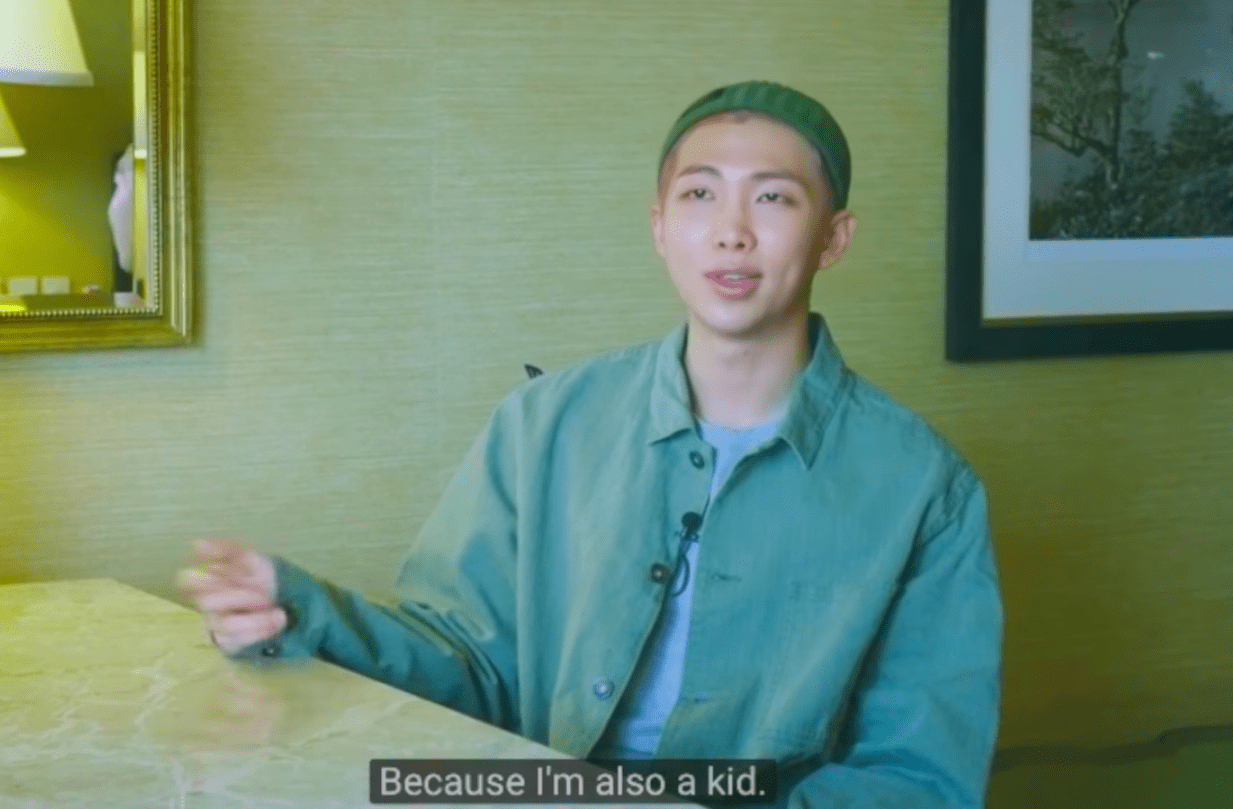 And often times, because they are the ones everyone looks to for guidance, leaders often feel isolated in certain ways from their members. Super Junior’s Leeteuk has said before, “I love being the leader. But the hardest part these days is the fact that sometimes, I want to be comforted. Because I’m the leader, I can’t easily say that things are hard. Since my manager knows me so well, whenever I’m struggling or having a hard time, he immediately asks, ‘What’s wrong? If you get tired, then the other members will get tired too.’ In the past, those words gave me determination, but these days, I just want to hear warm words like ‘It’s hard, right? Cheer up.’ Sometimes, I need that kind of comfort.”

They have to be the “serious one.” 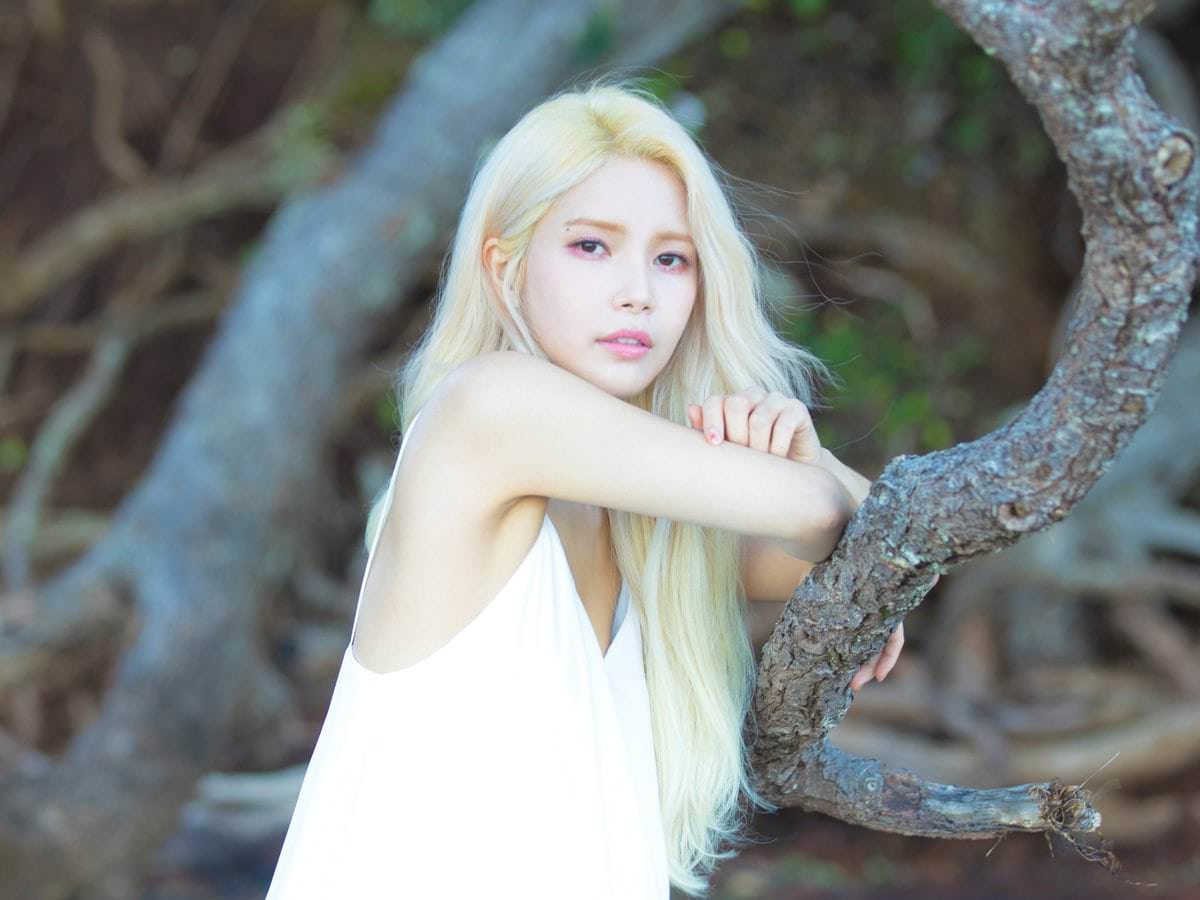 Even if they want to mess around with their members, ultimately being an idol is a job, and they have to keep their members in check sometimes, even if it means having to be a “killjoy.”

Apink’s leader Chorong had to dispense some tough love to maknae Hayoung in the early days of Apink’s debut. It’s not easy having to act as the “bad cop,” but it’s another burden leaders have to take on.

They always get teased by the other members. 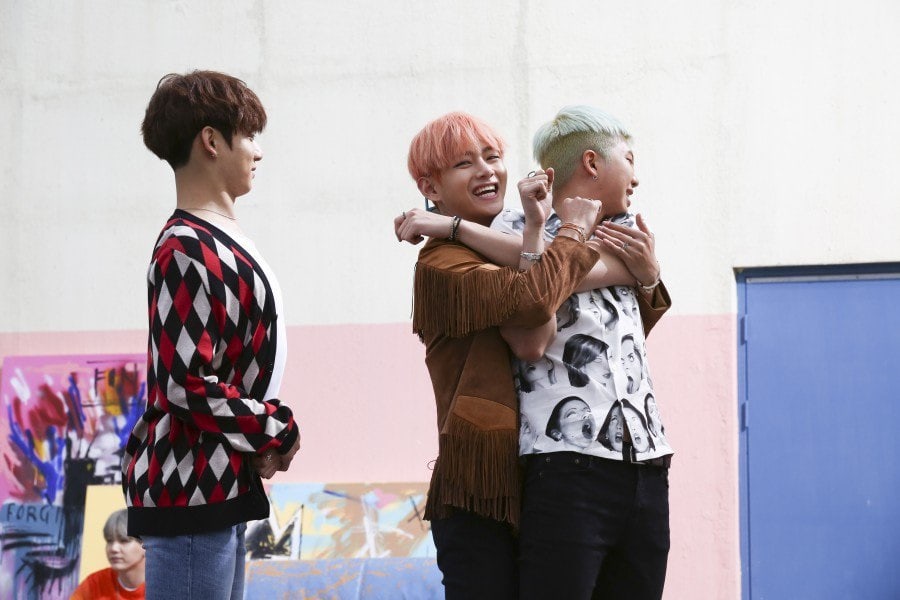 Mostly because leaders have a big heart, they’re always subjected to good natured teasing by their members.

But when things start to get serious, their word is law, and leaders are always given the respect they deserve.

In an interview, the SHINee members were asked who they talk to about their problems. All four members answered their leader, Onew. SHINee’s Taemin elaborated on the topic by giving an example of advice he received from Onew: “Instead of having Onew-hyung tell us to do such and such about our situation, he gives us options and tells us to follow what we think is right in the end. He listens very intently and will always tell us that it’s okay to be a little selfish once in while but to remember that we have other people to think about too, not just ourselves.” 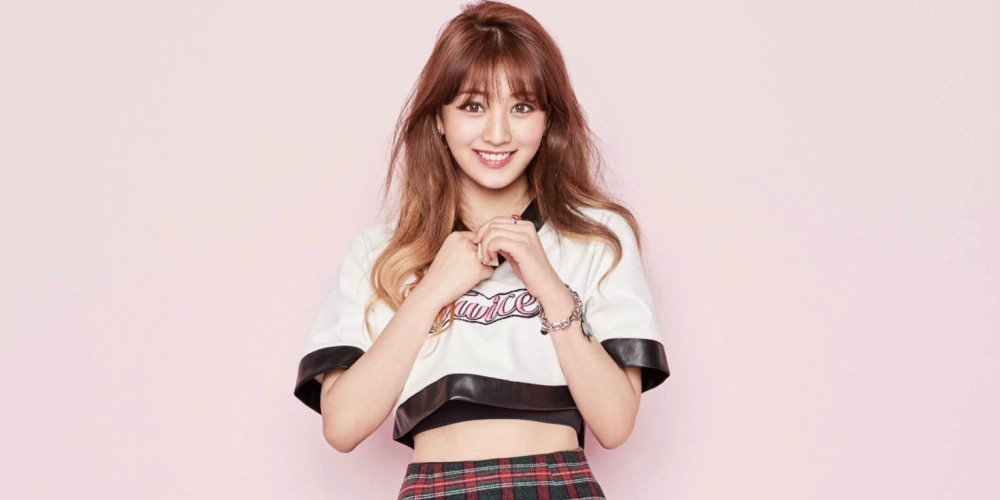 But not always! Two well-known K-pop leaders who are not the oldest are BTS’s RM and TWICE’s Jihyo. Older age doesn’t always mean more maturity, and more and more leaders these days are, in fact, not the oldest in their group.

And if they are the oldest…

They always get teased about their age.

Can’t have an idol group without someone calling the leader gramps! Many leaders have nicknames; Girls’ Day’s Sojin is called “Auntie Sojin”; and Solji of EXID is nicknamed “Heoreushin,” which is a play on the Korean word “Eoreushin,” a polite way to refer to elders.

They act as a mediator between members. 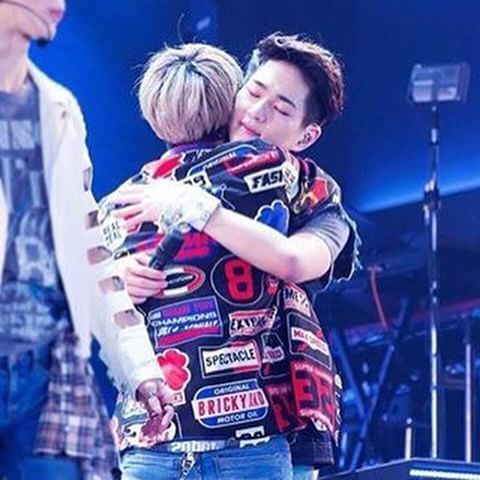 Leaders have to act not just as mediators between fans, the group, and the media, but also as mediators within their groups. That can’t always be easy, and keeping the peace can be a tough job. It requires wisdom, patience — and sometimes a few well-placed neck chops!

But maybe duking it out can create stronger bonds — Sunggyu certainly thought so! A few years ago, INFINITE opened up about a fist fight between members Sungyeol and L. When the two members came to leader Sunggyu for advice, he told them to just fight it out.

In the end, though, being a leader is ultimately rewarding. 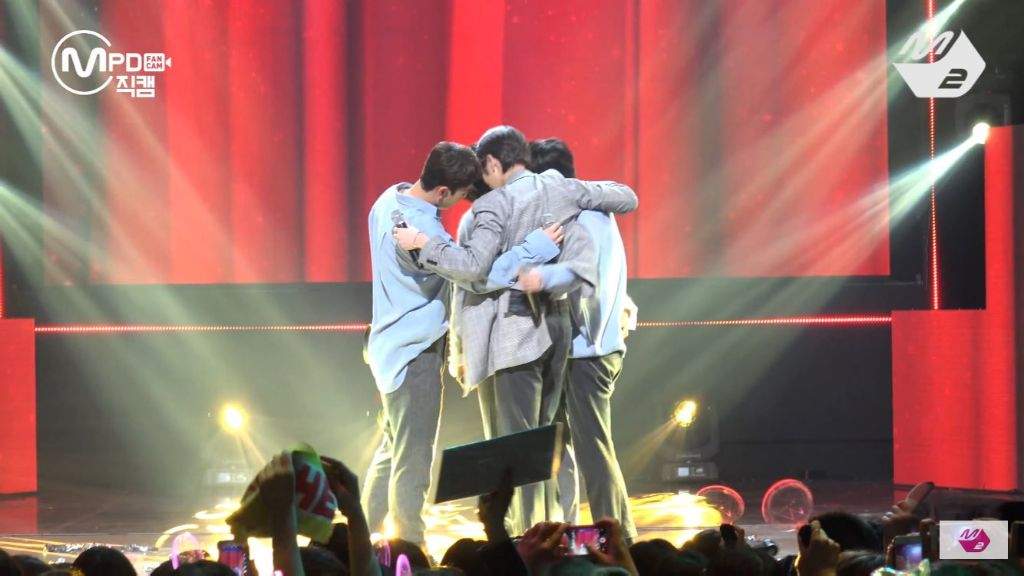 It’s moments like these that make all the blood, sweat, and tears worth it.

Hey Soompiers! Who is your favorite K-pop leader and why? Let us know in the comments below!