On April 25, SBS’s “Switch” released a new making video of the cast filming the drama.

The clip starts with a crew member handing Jang Geun Suk a bag of rice puffs as a prop for the next scene. While munching on the snack, Jang Geun Suk commented to his co-star Han Ye Ri, “It’s been a while since I ate one and it’s yummy.”

He added, “These are carbs,” and Han Ye Ri assured him that it’s only a little bit of rice. He continued to snack on the rice puffs in between takes and the actors successfully incorporated them into their scene. 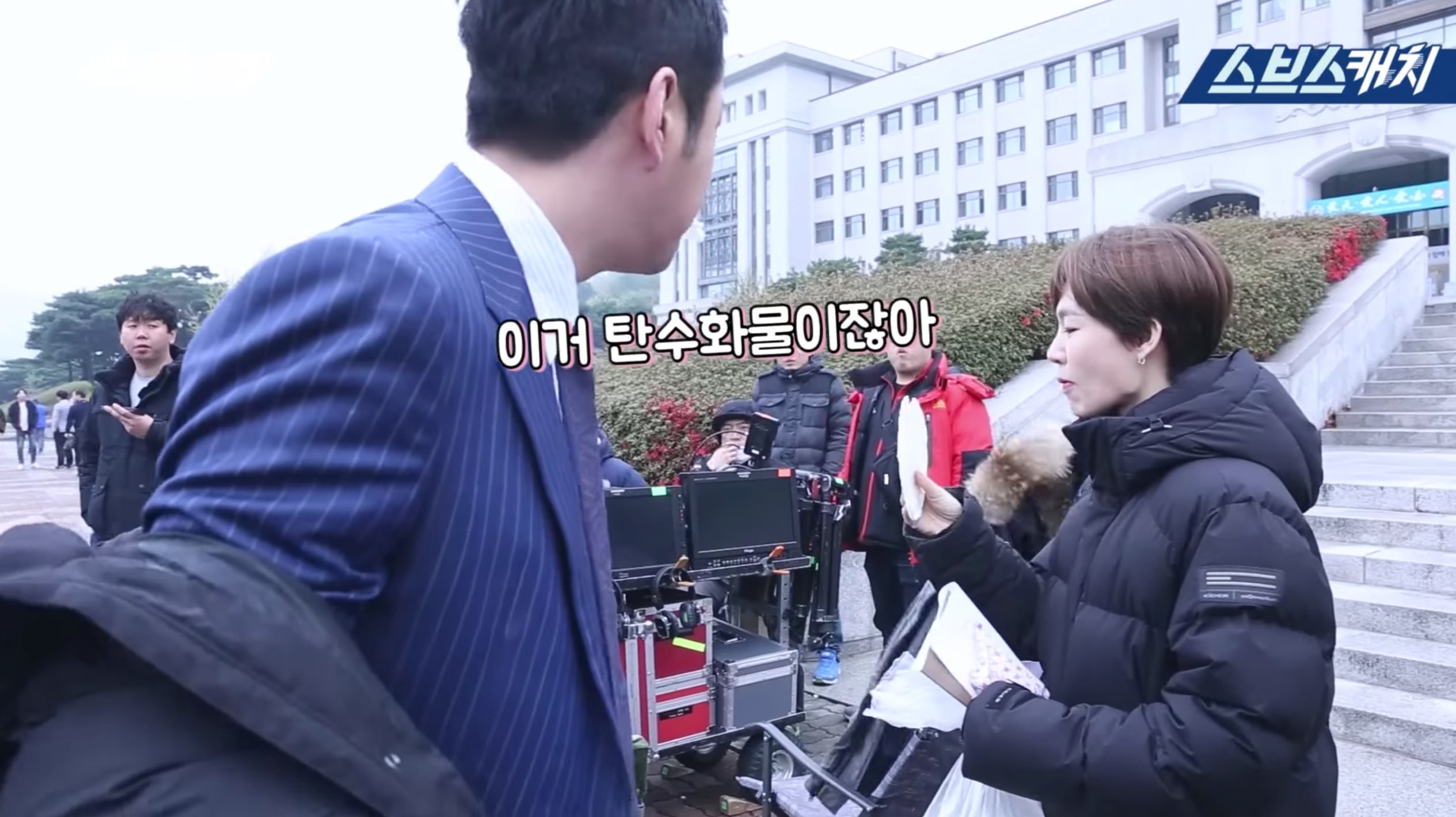 On a different set, Jo Hee Bong, Shin Do Hyun, and Ahn Seung Hwan prepared to film their scene with Jang Geun Suk. They joked about the director’s lack of reactions and burst into laughter while filming due to Jo Hee Bong’s mistake.

Before shooting the next scene, Jang Geun Suk showed them an idea of how to film the scene. Pretending to be Shin Do Hyun, he hugged Ahn Seung Hwan who was standing in as Jang Geun Suk’s character. He then turned to Jo Hee Bong and asked him to pry him off as he fought to let go of the embrace. 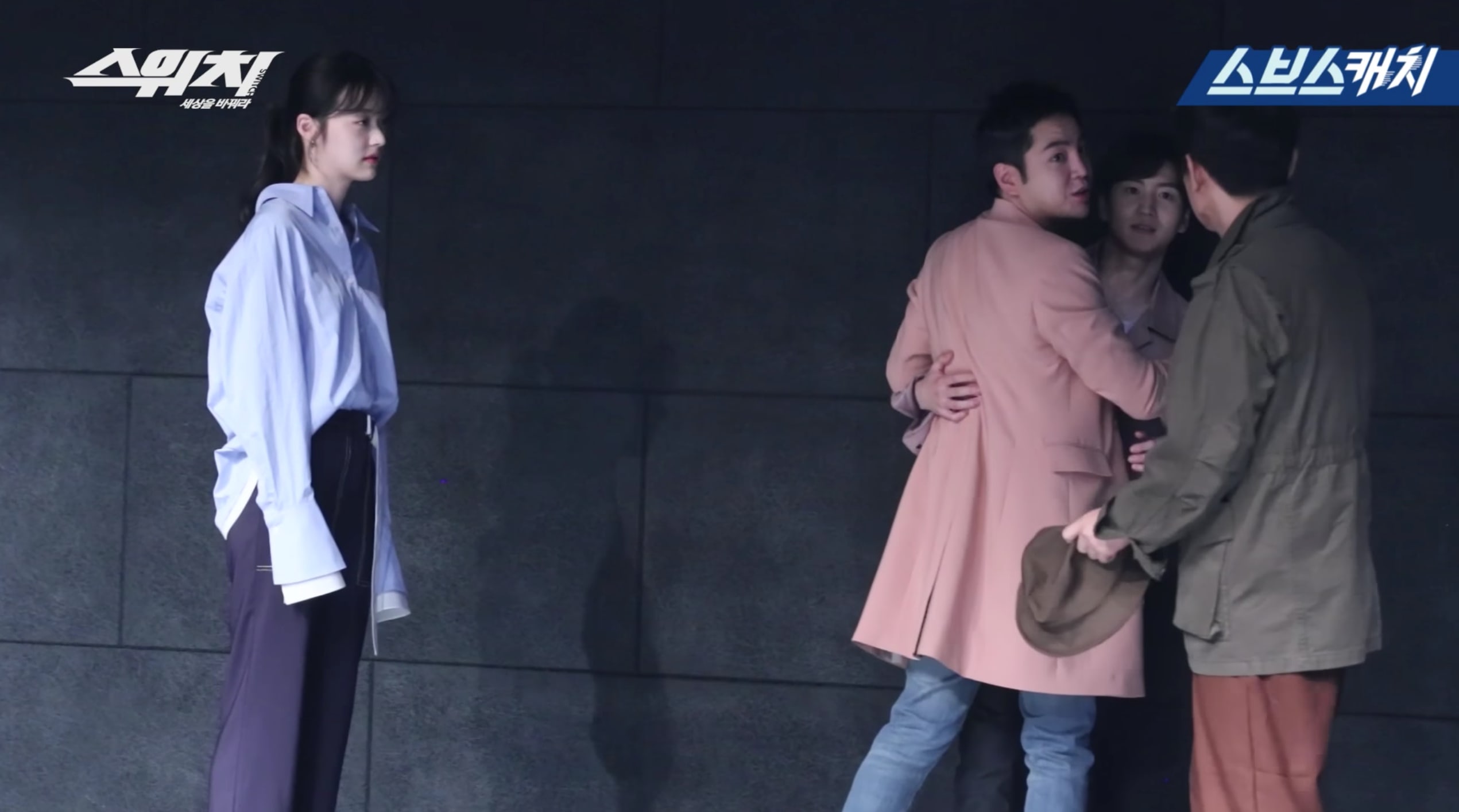 When the cameras started rolling, the four actors perfectly reenacted what they had just practiced, and Shin Do Hyun improvised more by holding onto Jang Geun Suk’s leg.

Shin Do Hyun and Ahn Seung Hwan then had fun playing an arcade game on set. As filming resumed, the trio showed off their teamwork by adding adlibs to perfect their scene. 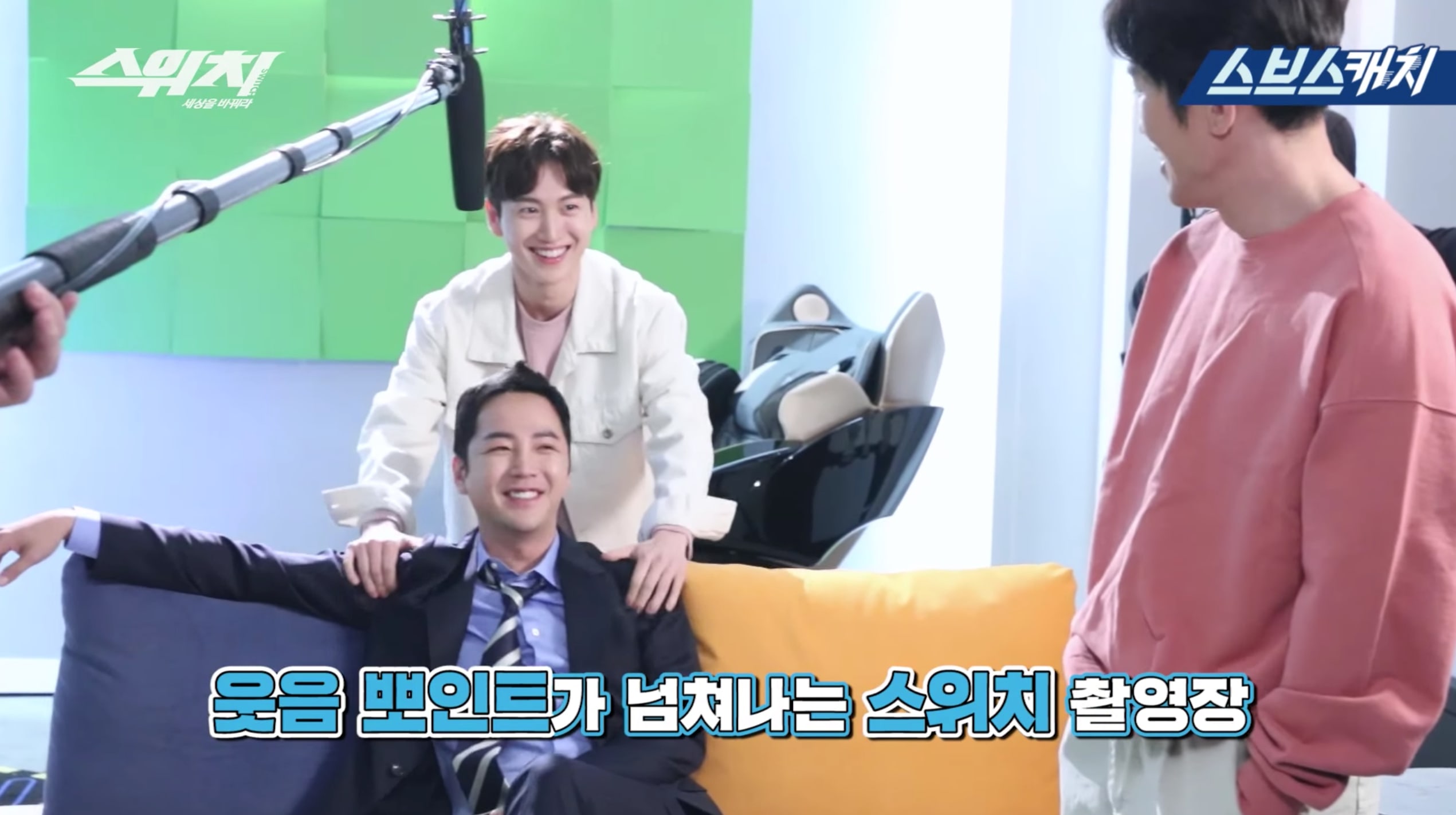 “Switch” airs on Wednesdays and Thursdays at 10 p.m. KST. Watch the clip below!

Check out the latest episode of “Switch” now: