“Goodbye to Goodbye” will tell the story of a woman in her 50s and a woman in her 20s who are completely different but connect with one another through their worries about marriage, dating, husbands, boyfriends, and pregnancy. It is based on a web novel of the same name.

Jo Bo Ah will appear as the cheerful, kindhearted college student named Jung Hyo. She’s a filial daughter to her father who raised her on his own, and a woman who decides to give birth to her baby after an unexpected pregnancy.

During her pregnancy, she crosses paths with Seo Young Hee (played by Chae Si Ra) who lives a life cut off from society, and the two women will tell a relatable story as they try to understand and get to know each other.

In the new stills, Jo Bo Ah is at a gym with her friend. She looks sweaty from her workout and then looks shocked after seeing something. Sporting a new shorter hairstyle and dressed in athletic clothes, she radiates health as she resumes her workout.

This scene was filmed on April 16 in the city of Ilsan. Jo Bo Ah reportedly entered the set with a smile and greeted all of the crew members. She has cut off her long hair in order to transform into the role of a bright, confident college student. 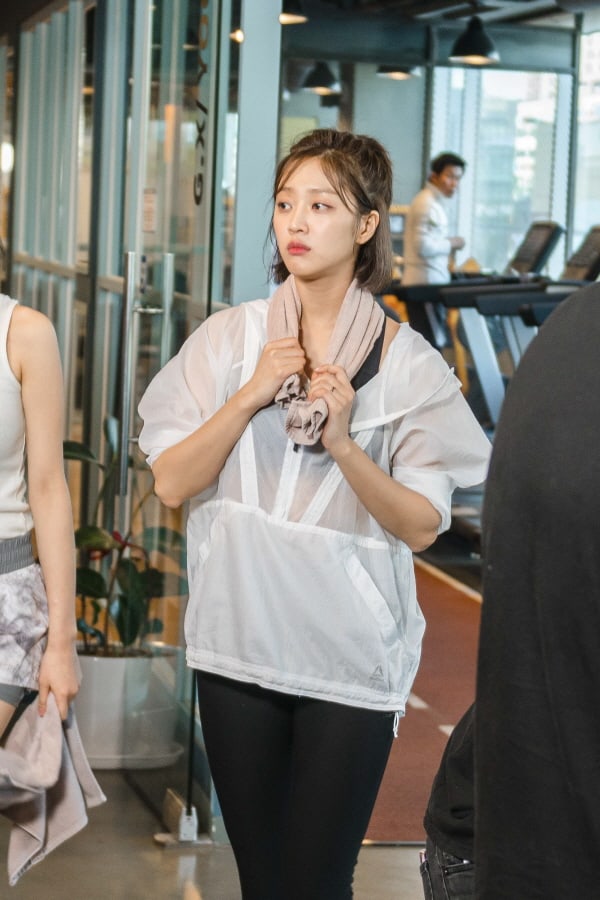 The actress, who usually enjoys exercising, completed shooting a scene on the treadmill. While standing on the machine, Jo Bo Ah read the script, rehearsed lines with another actor, and spoke with director Kim Min Sik about her character’s change of emotion.

After her first day of filming, Jo Bo Ah said, “I was really excited and nervous, but thanks to the kindness of director Kim Min Sik, staff, and other actors, I was able to start filming comfortably. I’m excited to live as Jung Hyo starting today and I look forward to the upcoming scenes. I’ll work hard to prepare so that I can show viewers a relatable, lovely Jung Hyo.”

A source from the drama said, “Even though it was the first day of filming, I could sense Jo Bo Ah’s passion and that she had researched and thought a lot about the role of Jung Hyo. She tried her best during rehearsals as if it was real and is solely focused on the script in order to become Jung Hyo. Please look forward to what Jo Bo Ah’s transformation as Jung Hyo will look like.” 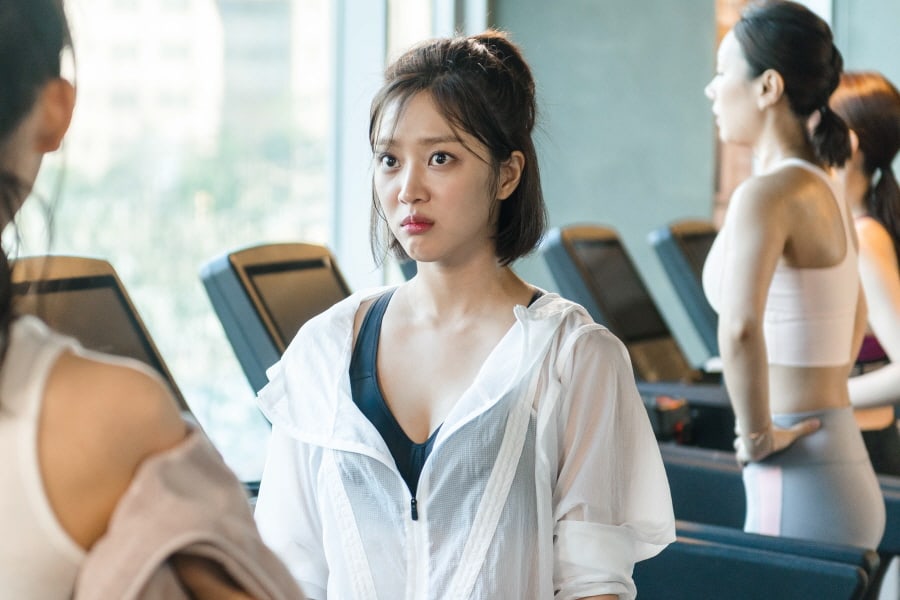 “Goodbye to Goodbye” is the first drama written by writer So Jae Won, whose previous works include films “The Tunnel,” “Hope,” and “Beastie Boys.” It’s also the first time Kim Min Sik is directing a drama in seven years after “Gloria,” “Still, Marry Me,” and “Queen of Housewives.”

“Goodbye to Goodbye” will premiere on May 26 as the follow-up to “My Husband, Mr. Oh!” and will be available on Viki!

Jo Bo Ah
Goodbye to Goodbye
How does this article make you feel?