UNI.T Shares What They Admire About Each Other And Talks About Preparing For Their Debut After “The Unit”

“The Unit” girl group UNI.T talked about getting ready for their debut and some of the things they admire about each other!

UNI.T will be making their debut on May 17 after the nine members were chosen by viewers as the female finalists of the KBS idol rebooting show “The Unit.” They recently took part in a pictorial for star1 magazine, and sat down for an interview about their preparations and more.

When asked how they feel to be making their debut, Lee Suji commented, “UNI.T is my third time debuting, after being in The Ark and Real Girls Project. I’ve honestly been tired before in the past while preparing for my debut, but UNI.T is special because I was able to gain a lot of experiences through ‘The Unit.'” She added with a laugh, “I can’t believe that I’m a member of UNI.T. I think all my experiences from up until now will be a foundation for my promotions with UNI.T.” 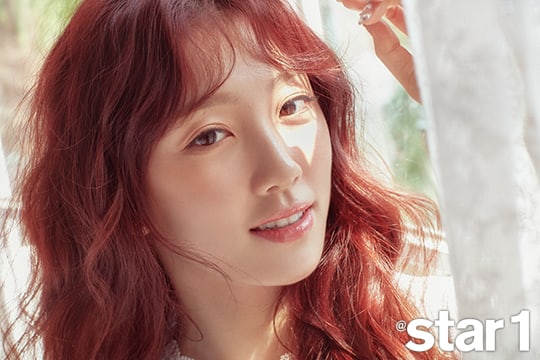 ZN said that when she’d first debuted with LABOUM, she hadn’t known anything about the industry, but things are different now. Since she knows more, she’s able to prepare for UNI.T’s debut in a bit more of a relaxed way. NC.A said, “I’m the only one of our members who began as a solo singer. I’m confident about singing but not about dancing, so at first I felt a lot of pressure because I was worried that I would negatively affect the group. Now I’m so happy that I’m a member of UNI.T. This is my first time being in a group, so it feels really new.” 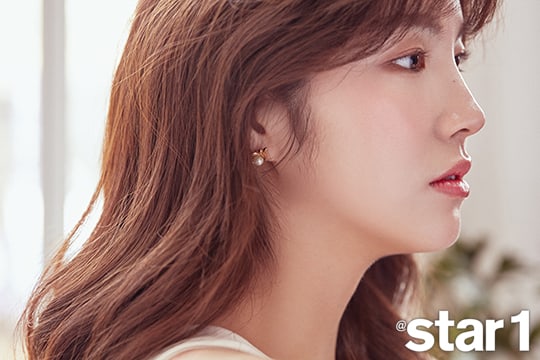 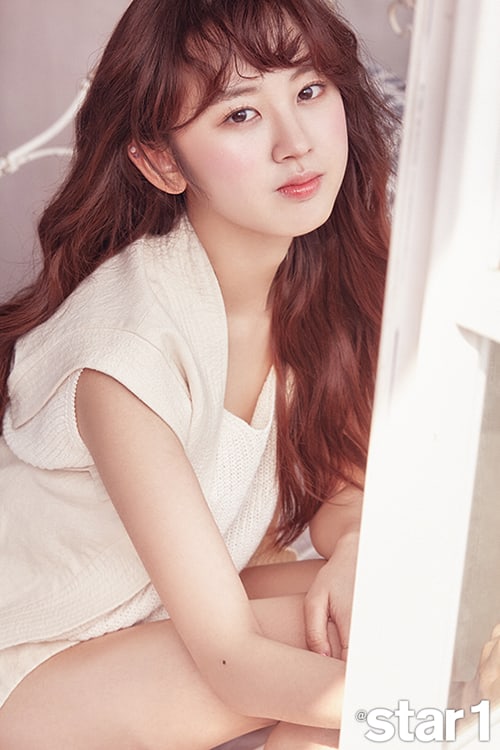 UNI.T was also asked which fellow member they’d most like to model themselves on. Lee Hyun Joo said that she’s envious of Woohee’s charisma, while Woohee said she admires how Yang Jiwon is able to stay cool about everything. Yang Jiwon said she’s envious of NC.A and Lee Hyun Joo’s energy, while ZN said she really likes NC.A’s voice and wants to learn from her. 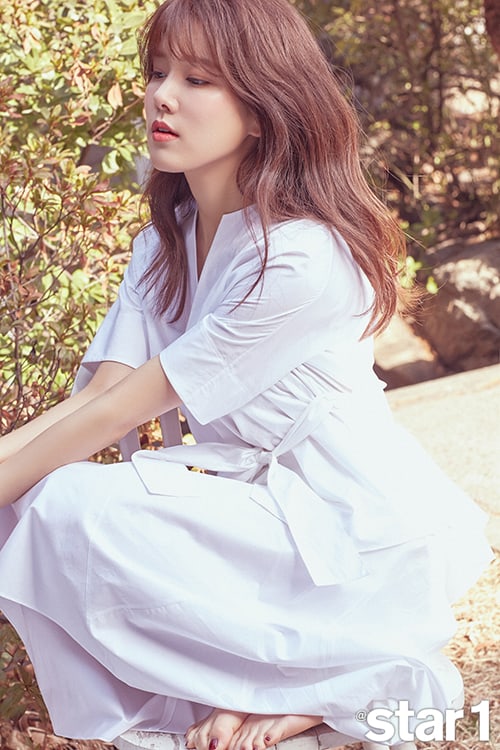 Lee Suji described Yang Jiwon as wise and commented on how she speaks to the agency on their behalf. Yebin said that ZN is good at taking care of herself, and never appears to be tired even though she must be sometimes. NC.A named Yebin’s expressions on stage as something she wants to learn. Yoonjo talked about how impressed she’s been by the look in Euijin’s eyes on stage and her talent at performing. 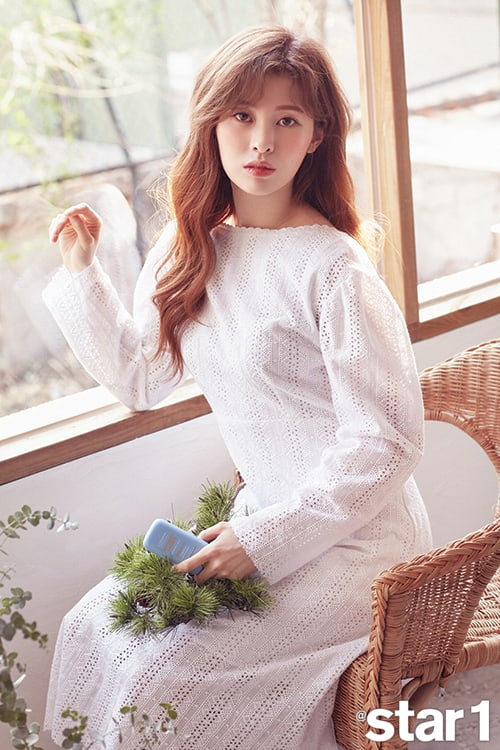 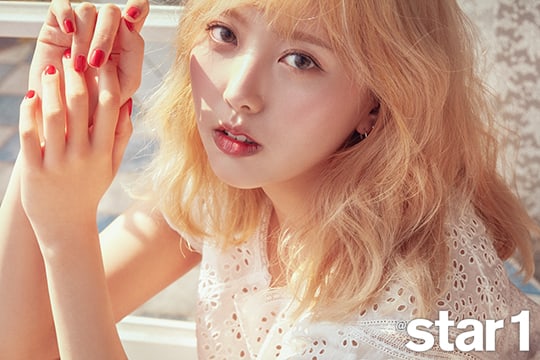 Lastly, Euijin commended Woohee on how she thinks of everything, and said she wishes she were less shy and more confident like Yoonjo.

The group also talked about their goals for their seven months together. Lee Hyun Joo said she wants the group to combine the strengths they’ve developed on their own separate paths in the past and spread awareness about UNI.T. “I hope that even after our seven months of promotions are over, we’ll remain in many peoples’ memories for a long time,” she said. 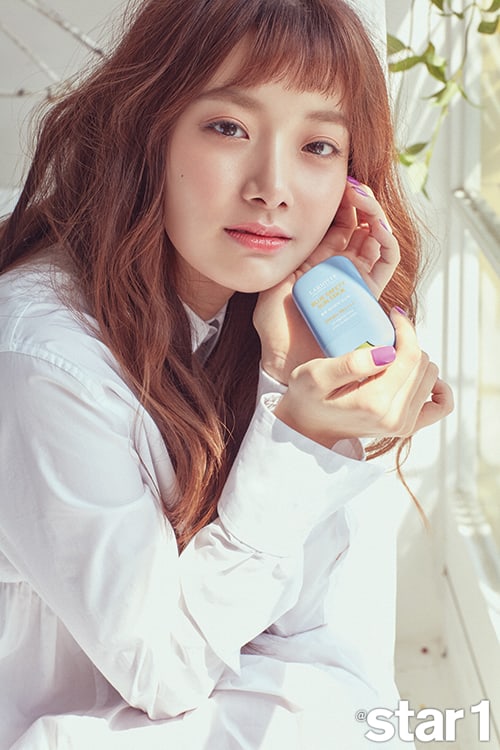 Euijin said she hopes that the group will show their individual charms during the seven months through things like revealing their daily lives on social media. Woohee said, “We’ll do our best so that even after we disband, UNI.T can be a group that will give confidence to all the members.” 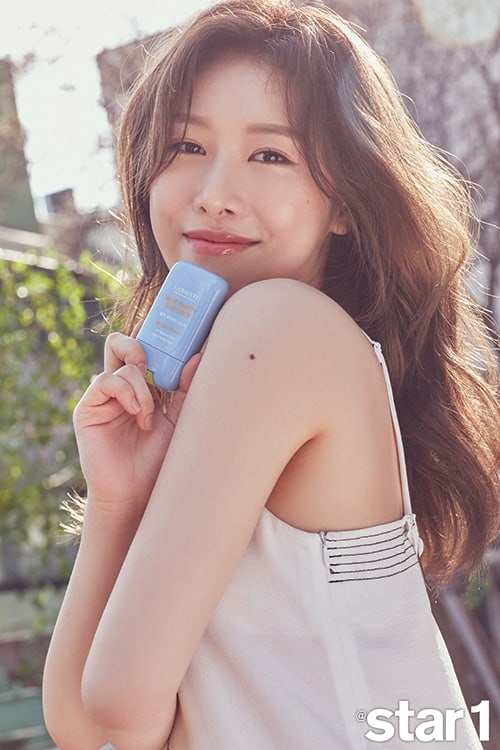 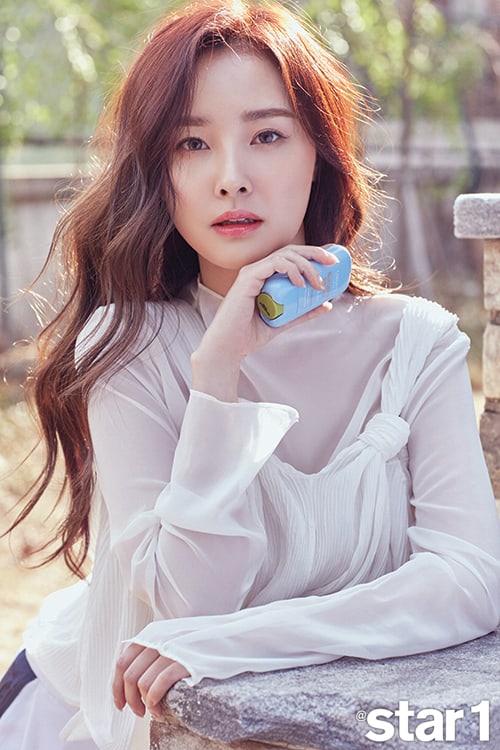 Many of the members also talked about how they see UNI.T as being an opportunity to try concepts that they haven’t taken on in their original groups. For example, Yoonjo said that she’s done a lot of cute songs with Hello Venus, but that she wants to take on a new challenge. Similarly, ZN said that LABOUM mostly does bright concepts but it’s not a style she likes. “Rather than pretty things, I actually like a hip hop style,” she said. “I want to do a ‘girl crush’ performance and then hear someone compliment me by saying, ‘She pulled off the concept well.'”

Yang Jiwon commented, “Ever since I began promoting with SPICA, I’ve wanted to do a cute and lovely-style song. I think I have the opportunity now to do that. I’ll work hard.” Euijin also said that while she didn’t have many opportunities to show her singing as a member of SONAMOO beacuse her image as the main dancer is so strong, she had more opportunities to sing on “The Unit.” She added, “This time around, I want to be recognized for my singing rather than my dancing.”

Lee Hyun Joo said, “My youthful image is strong. I’m a university student now but there are still many people who see me as a child. I want to let people know that I’m mature. I don’t want to be stuck in a youthful image. I’m also trying hard to correct my voice, which makes me sound like a child.” She said with a laugh, “Whenever I practice vocalization, I try to lower my tone, but it’s not easy.” 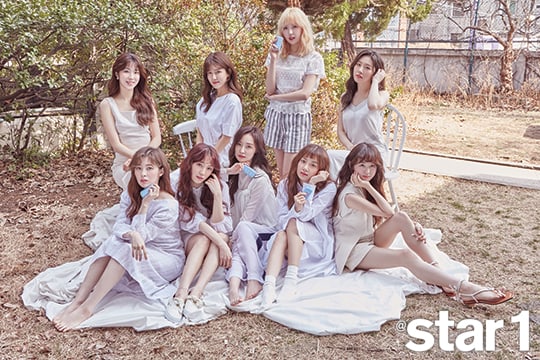 UNI.T was asked what they remember the most out of the things said to them by the mentors of “The Unit” (Rain, Jo Hyun Ah, HyunA, Taemin, Hwang Chi Yeol, and San E). Euijin answered that she almost cried with happiness when HyunA complimented her dancing when she performed to HyunA’s song “Bubble Pop.” She said, “After that, I was able to have confidence and prepare for the other performances.”

Woohee said, “Off camera, Jo Hyun Ah was really supportive. I was in a situation where between a ‘carrot’ and a ‘stick,’ I needed the carrot, and I was so grateful that she gave that to me a lot.”

Lee Hyun Joo recalled how her team for the “Always” performance had come in first place, but she had scored in the lower range among the individual members. “I was feeling unconfident because I thought I was lacking a lot, but Hwang Chi Yeol said to me, ‘Hyun Joo, you did well.’ Hearing that made me tear up.”

UNI.T’s photo shoot and interview with star1 appears in the May issue of the magazine.

The Unit
UNI.T
How does this article make you feel?