So Ji Sub and Park Shin Hye got to experience being unplugged from the world.

On the April 27 episode of tvN variety show “Little House in the Forest,” So Ji Sub and Park Shin Hye carried out various missions.

The first mission given to the two actors was to recreate and eat the most delicious dish that makes them happiest. Park Shin Hye made potato soybean paste stew and explained, “When I was young, I was sick to the point where I couldn’t swallow food. But I enjoyed my mom’s potato soybean stew.”

After trying the food she cooked herself, Park Shin Hye confessed, “The one that my mom makes tastes better. But when I get married and have kids, [the taste] will probably become similar.

So Ji Sub, on the other hand, picked ramen and commented “I don’t eat ramen often, but at the end of a diet, I make sure to eat it. The process of making ramen in a variety of ways is delicious.” 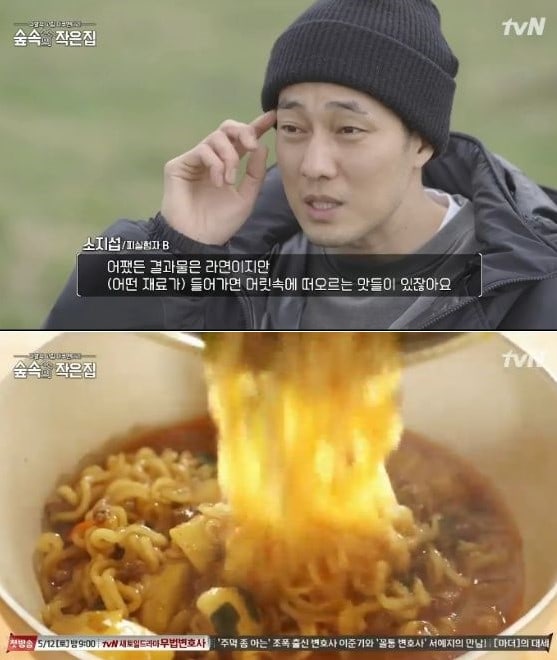 Their next mission was to dig up various in-season roots and eat them with rice. Despite the wind and snow, the actors ventured outside with their hoes, and with much difficulty, dug up the roots.

After his meal, So Ji Sub commented, “It tastes really good since it’s in-season food that I dug up myself from nature.” He laughed and added, “It probably would have been better if I had dug them up when the weather was nicer.” Park Shin Hye also shared, “I think digging up the roots in the snow was an unforgettable memory.” 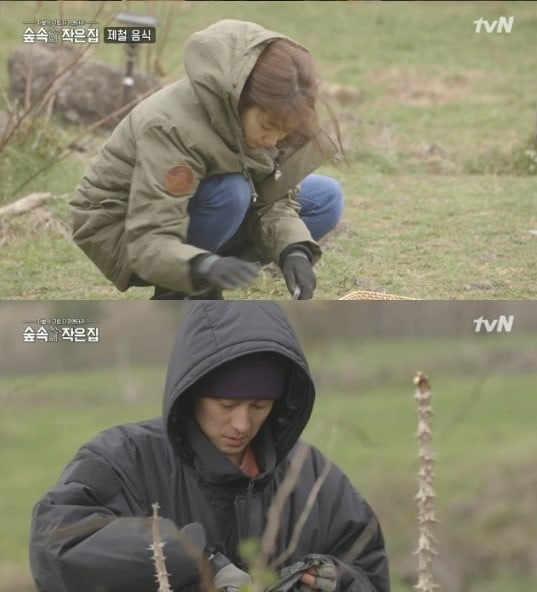 After a long day of physical work, the two were given a mission to not use their phones after 6 p.m., Park Shin Hye in particular, who almost always kept her phone by her side, was shocked by the message. After reading the message, the actress gave a dispirited smile and replied with a frustrated emoticon.

When the mission began, Park Shin Hye didn’t have a watch, so she was unable to know what time it was. She ventured outside and spent the rest of her time appreciating the scenic nature of Jeju Island as well as a spectacular sunset. She also cooked her dinner, and though she normally cooked with music playing from her phone, she cooked in silence this time.

The normally talkative actress also spoke less. “The silence is really long when I’m eating. I wish I could at least turn on some music,” she expressed. “I got to experience a lot of amazing scenery today. I spent a peaceful day without my phone today, but I think I actually enjoyed the weather more.” 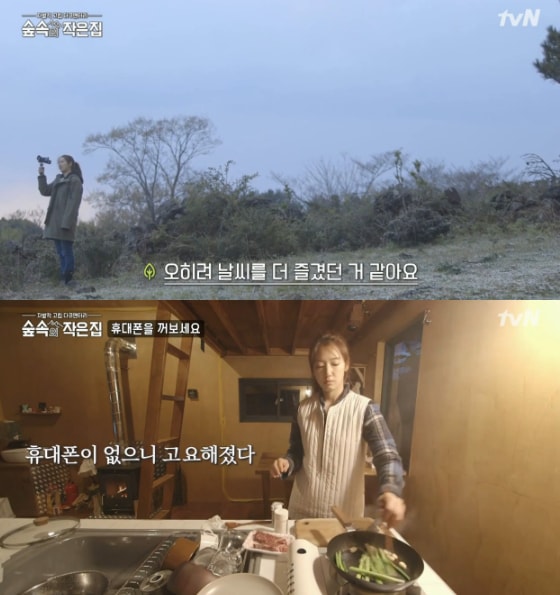 On the other hand, So Ji Sub showed that his daily routine didn’t change much without his phone. He thought out loud, “I think it’ll taste better if I fry the ham on the stove heater,” and enjoyed his dinner. He also indulged his curiosity as he went to search for the loud noise that always woke him up in the middle of the night, and thoroughly investigated the tent covering the house. 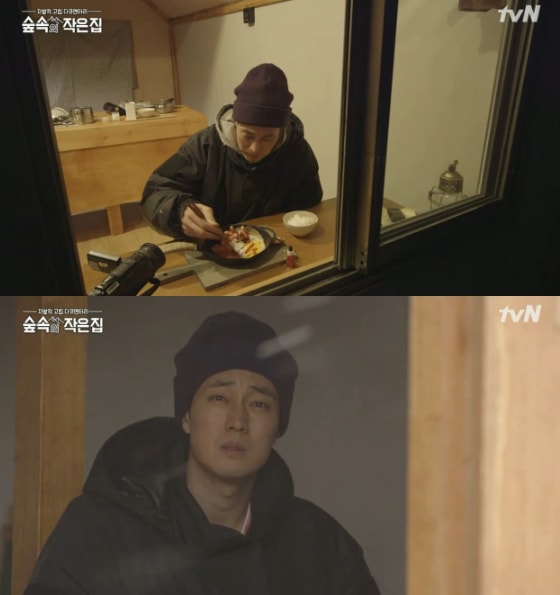