Ha Yeon Soo Talks About Why She Was Drawn To Her Character In “Rich Man, Poor Woman”

Ha Yeon Soo recently shared what she liked about her character for “Rich Man, Poor Woman.”

The upcoming drama is a remake of popular Japanese drama of the same name, and is a romance about a genius business man Lee Yoo Chan (played by EXO’s Suho) who can’t distinguish faces, and the go-getter Kim Bo Ra who has an impressive memory.

Ha Yeon Soo will be playing Kim Bo Ra, a kind and optimistic woman who has a positive approach to everything in life. With strong memorization skills, she ranked first in her class in high school and was also admitted early into a top university in Seoul. Despite her strong academic background, she struggles with the reality of finding employment after she graduates. 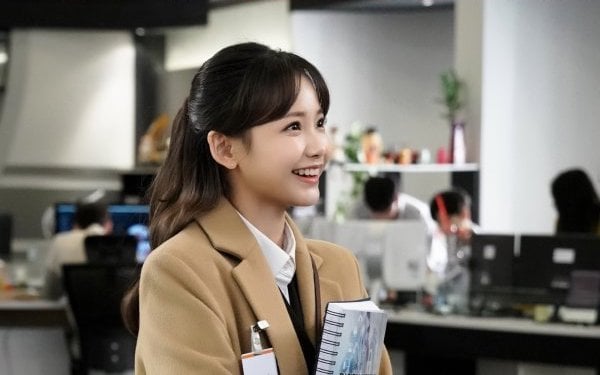 On her character, Ha Yeon Soo shared, “When I first heard about ‘Rich Man, Poor Woman,’ I was drawn to Bo Ra’s humane sincerity. When compared to the original work, there are similarities in the situation and character. However, in the Korean version, I try to portray her with a completely different nuance by utilizing my own charms.” She added that she was working hard to portray Bo Ra’s signature dialect and positive expressions. The actress also talked about how she slowly slept less to prepare herself for filming while memorizing the script.

Ha Yeon Soo then commented on her co-stars and the staff members, saying, “I decided to be courageous and take part in ‘Rich Man, Poor Woman. We all respect each other and comfort each other as we act. The director in particular says a lot of things that a reliable captain of a large ship would, so I don’t feel as worried.”

“Rich Man, Poor Woman” will air on May 9 at 11 p.m. KST, and will be exclusively available on Viki!