The four stars of OCN’s “Mistress” have revealed what they think is most exciting about the upcoming drama!

“Mistress,” a remake of the popular BBC series “Mistresses,” is a mystery thriller about the entwined fates of four women harboring dark secrets who get caught up in a murder case. Ahead of the drama’s premiere on April 28, leading ladies Han Ga In, Shin Hyun Bin, Choi Hee Seo, and Goo Jae Yee chose the aspects of the show that they thought viewers would find most intriguing.

Han Ga In, who is taking on the thriller genre for the first time since her debut, promised that viewers could look forward to “fast-paced plot development and an exciting storyline that will unfold quickly.” She added, “As soon as the first episode begins, [viewers] are likely to find themselves hooked immediately, and they’ll become immersed [in the drama] as they watch.”

Shin Hyun Bin teasingly asked, “Who killed whom, and why? After watching the first episode, I think viewers will be able to enjoy watching [the drama] until the very end.” She went on to explain, “It’s impossible to figure out who the culprit is, and the suspect who appears most likely [to have committed the crime] changes with each episode. I think [viewers] will enjoy it a lot if they focus on that aspect of the drama while watching.” 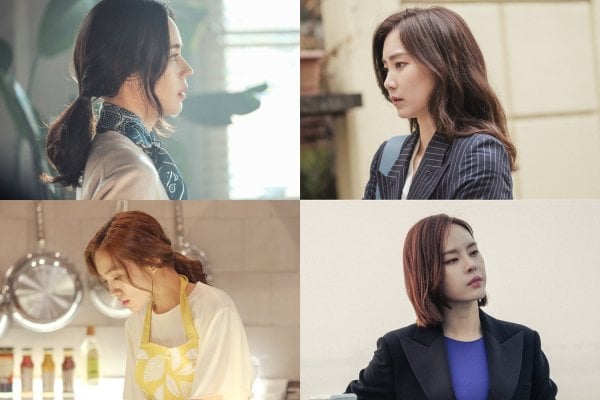 Actress Choi Hee Seo spoke proudly of the fact that “Mistress” centers on a strong cast of female leads. “The curiosity caused by the thriller-style plot is a key element of the drama,” she said, “but I also ask that you look forward to the female friendship [on the show], which female viewers will find especially relatable.”

Meanwhile, Goo Jae Yee commented that she considered the focus of the story to be “the four completely different women and their relationships with the men in their lives.” She remarked, “Please pay careful attention to the troubles and occurrences that arise within the relationships between the four women and the men with whom they are entangled.”

“Mistress” premieres on April 28 at 10:20 p.m. KST and will be available with English subtitles on Viki.

In the meantime, check out the teaser for the drama here!

Han Ga In
Shin Hyun Been
Goo Jae Yee
Choi Hee Seo
Mistress
How does this article make you feel?