For the first time ever, BTS has been nominated for the Radio Disney Music Awards!

The nominees for this year’s Radio Disney Music Awards were announced on April 27, and BTS was revealed to be nominated for four categories.

BTS is a nominee for the Best Duo/Group category, alongside Clean Bandit, Echosmith, Imagine Dragons, and Maroon 5. 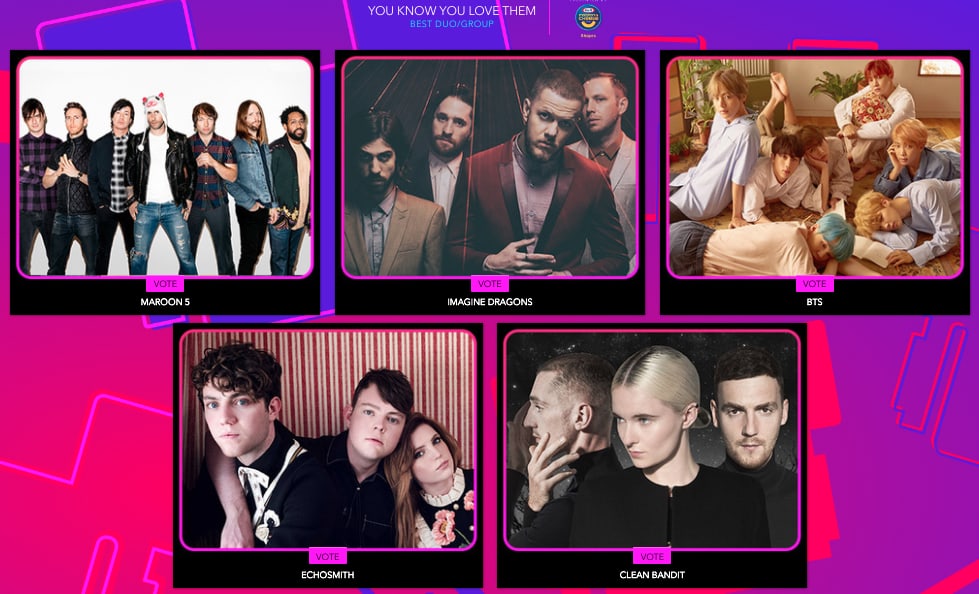 BTS’s “DNA” is nominated for Best Song That Makes You Smile. Their song is up against Bleachers’ “I Miss Those Days,” Meghan Trainor’s “No Excuses,” Walk the Moon’s “One Foot,” and Grace VanderWaal’s “So Much More Than This.” 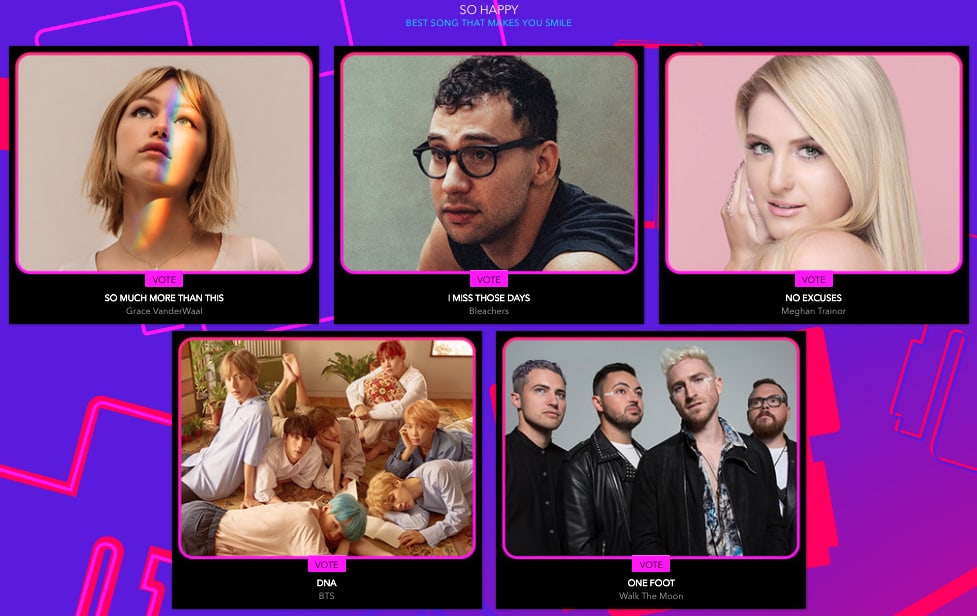 Another one of BTS’ songs is a nominee for Best Dance Track. “Mic Drop (Steve Aoki Remix)” is up against “Friends” by Justin Bieber & BloodPop, “Let Me Go” by Hailee Steinfeld & Alesso f. Florida Georgia Line & watt, “The Middle” by Zedd, Maren Morris & Grey, and “Silence” by Marshmello f. Khalid. 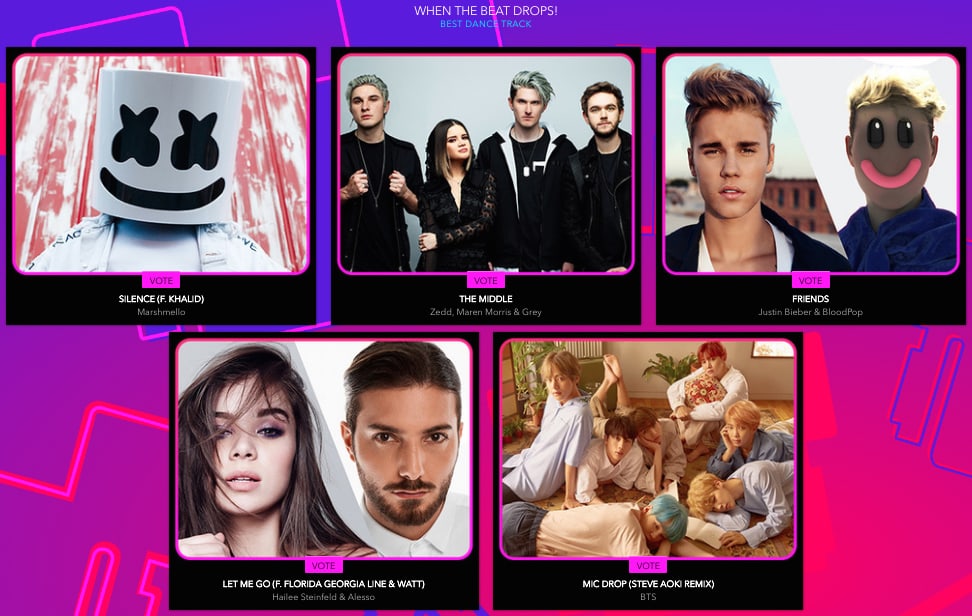 The next category is especially meaningful for both BTS and their fans, as ARMY is nominated for Fiercest Fans. Other nominated fandoms include Mellogang for Marshmello, Megatronz for Meghan Trainor, Selenators for Selena Gomez, and Mendes Army for Shawn Mendes. 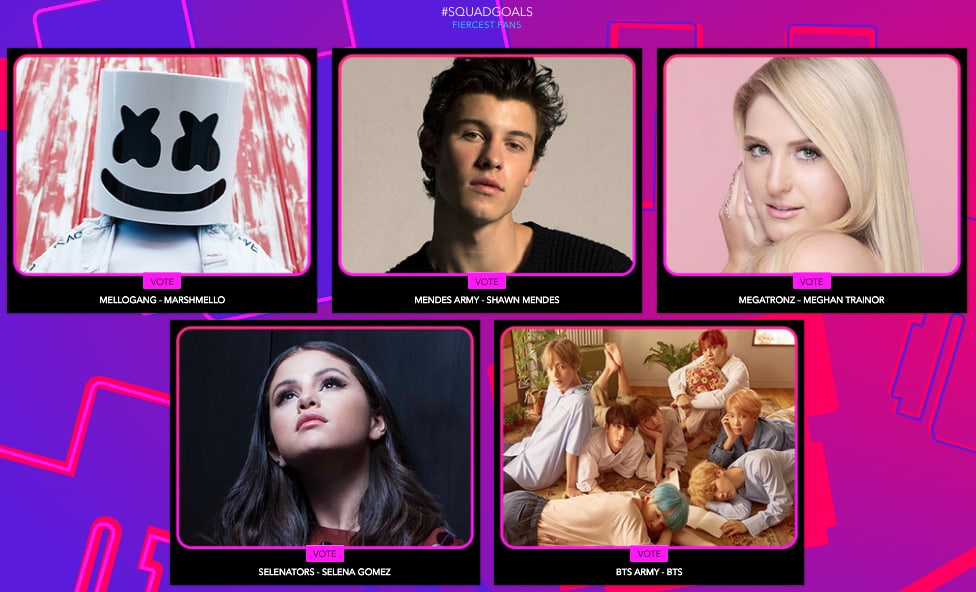 Fans can begin voting now on the official website until June 3. Winners will be honored at the 2018 Radio Disney Music Awards taking place on June 23.

Congratulations to BTS on their nominations!

Thanks to Carmen D. for the tip!

BTS
2018 Radio Disney Music Awards
How does this article make you feel?