Just a few weeks into its run, SBS’s “Switch” has already managed to toy with drama viewers’ expectations!

“Switch” tells the story of the brilliant con artist Sa Do Chan, who happens to look exactly like prosecutor Baek Joon Soo (with actor Jang Geun Suk playing both roles in the drama). After Baek Joon Soo winds up in a serious accident, his friend and fellow prosecutor Oh Ha Ra (played by Han Ye Ri) recruits Sa Do Chan to impersonate him, and the two strike up an unlikely alliance as she attempts to avenge her friend and colleague.

The drama manages to effortlessly combine the action, comedy, thriller, mystery, and legal genres, keeping its viewers on their toes with each new episode. It also slyly subverts several tropes often found in similar dramas, subtly upending viewers’ expectations as it progresses.

When a character impersonates a look-alike character in a drama, with the same actor playing both roles, one character often ends up envying the other’s life. The character pretending to be someone else also typically finds himself in a sticky situation when the real person shows up.

Unlike most crime-related dramas, in which the protagonists struggle to defeat villains honorably by fighting crime with justice, “Switch” features a main character who uses slightly less ethical means to bring down the bad guys. Instead of facing the typical hardships suffered by law-abiding protagonists, the unscrupulous Sa Do Chan uses his talents as a con artist to deliver justice in a quicker, less typical manner.

Instead of keeping its viewers guessing as to the identity of the culprit, “Switch” shakes up the narrative structure of the whodunit mystery by establishing early on that the villain Sa Do Chan is searching for is Geum Tae Woong (played by Jung Woong In). The key question in the drama is not “who,” but “how”—”how” will Sa Do Chan trick the antagonists and avenge his father?

The producers of “Switch” remarked, “Viewers who were frustrated by the reality of good characters constantly suffering misfortune and injustice at the hands of villains in dramas are enjoying vicarious satisfaction by watching Sa Do Chan outwit the viillains [of ‘Switch’] every time.”

They added, “We ask that you show a lot of interest in ‘Switch,’ which will continue to surprise viewers with refreshing and delightful plot twists.” 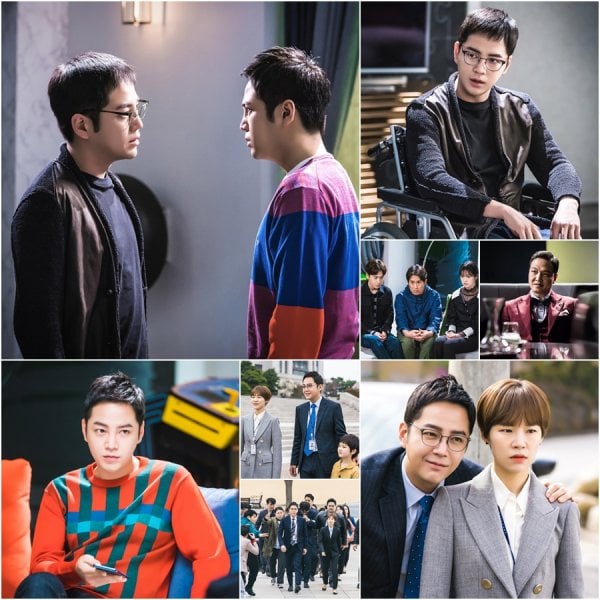 Check out the latest episode of “Switch” below!