Watch: Seungjae Transforms Into A Bodyguard For His New Animal Friend

Seungjae’s love for animals has no end!

KBS 2TV’s “The Return of Superman” has released a teaser and stills of Seungjae in the upcoming episode that will air on April 29.

When the doorbell rang, a mysterious woman appeared, followed by a pig. The pig appears in Seungjae’s favorite online videos and the father-son duo invited the pig over to their house.

The pig entered the living room and Seungjae shared strawberries with it. Go Ji Yong gave Seungjae a plate of strawberries and told him to share it with the pig. They shared the fruit together, but the pig ate them at a faster pace than Seungjae.

Seungjae yelled, “Dad! The pig is taking all of the strawberries!” While Seungjae was telling on the pig to his dad, it finished eating the plate of strawberries. In disbelief, Seungjae went up to his dad with his arms raised and said, “It took all of it!”

Seungjae and the pig continued to share a fun day together. In the stills, he lovingly looked at the pig’s face and gently pet it. They also went on a walk where Seungjae transformed into a bodyguard in order to protect it and came to the rescue when it was surrounded by people. He also made people laugh when he told the pig not to look at restaurants serving pork. 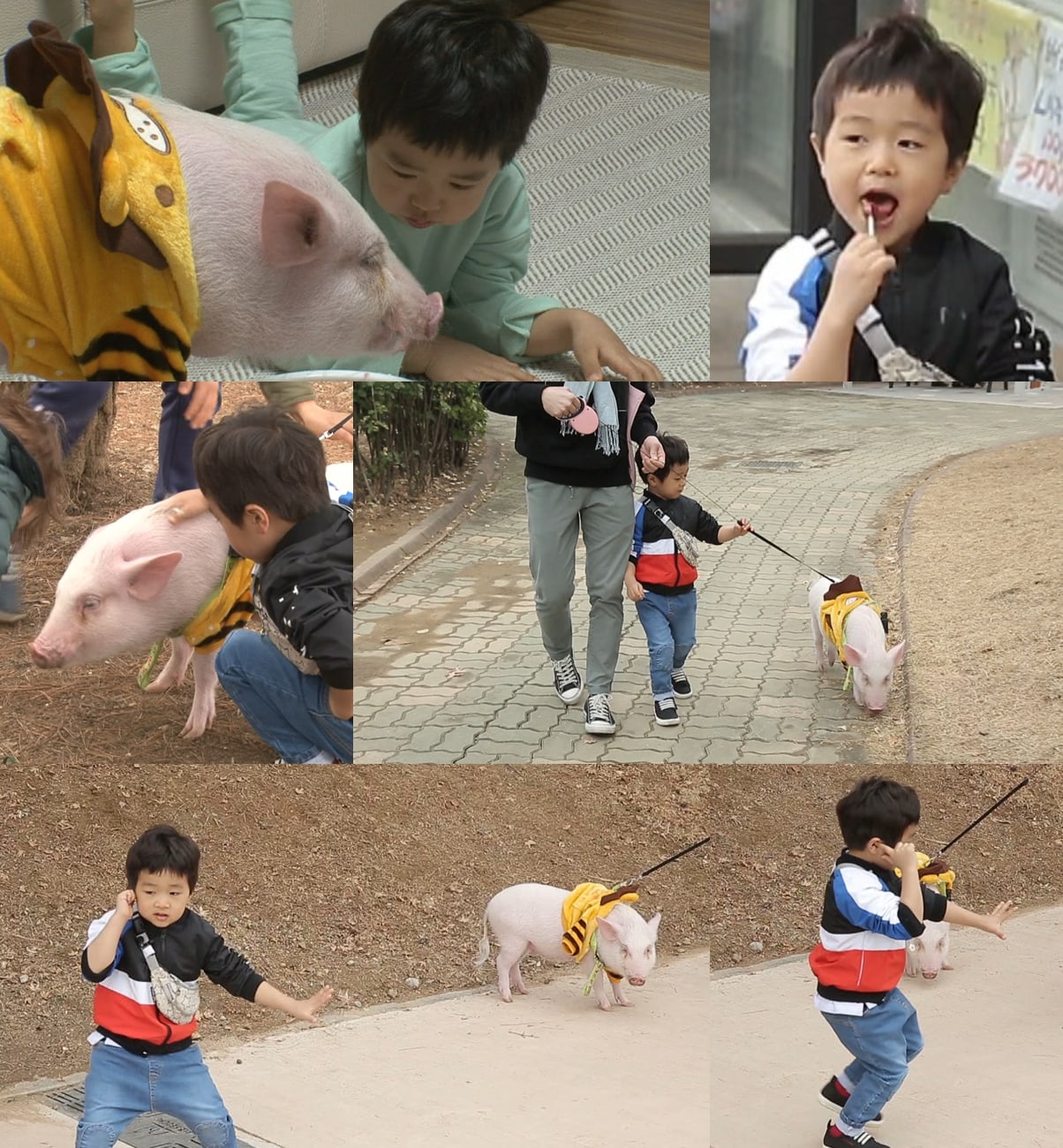