Jo Bo Ah Reveals What Drew Her To Becoming An Actress

Jo Bo Ah guested on the April 28 episode of JTBC’s “Ask Us Anything,” where she revealed the reason she became an actress.

Jo Bo Ah remarked, “When I was younger, I wanted to be a stewardess or diplomat, so I studied English really hard. Thankfully, I was able to play a stewardess role in the drama ‘The Man Living In Our House.'”

She went on to explain, “I chose to be an actress because I could experience a variety of occupations.” 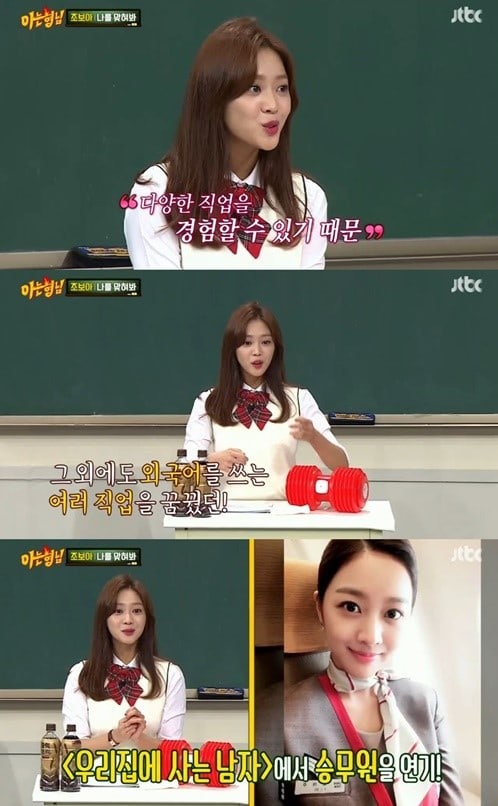 Jo Bo Ah will be starring in upcoming MBC drama “Goodbye to Goodbye,” which premieres on May 26 and will be available on Viki!

Source (1)
Ask Us Anything
Jo Bo Ah
Goodbye to Goodbye
How does this article make you feel?