On April 30, the drama unveiled the official poster featuring the main leads. 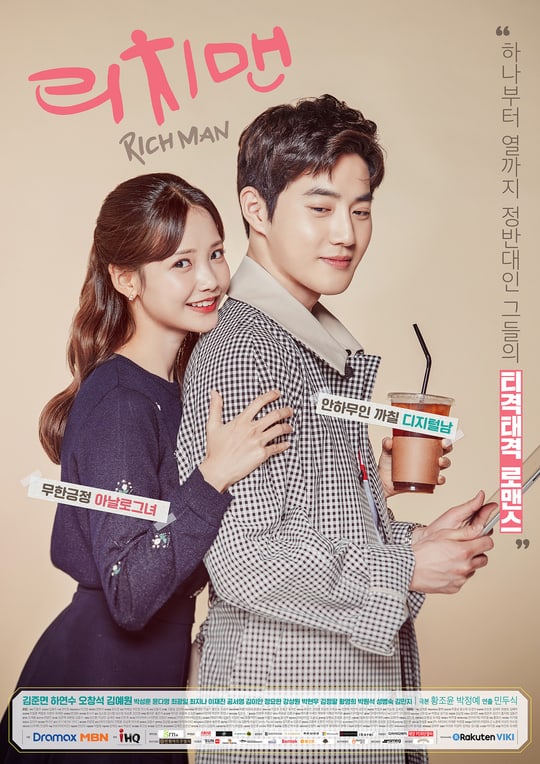 Suho’s “rich man” character holds a tablet PC and embodies his IT company CEO role. Ha Yeon Soo exudes cheerful energy as she gives Suho a sweet back hug in the poster.

“Rich Man, Poor Woman” will air its first episode on May 9 and will be exclusively available on Viki!