100% celebrated the life of their leader Minwoo, who passed away in March due to cardiac arrest, in their recent concerts in Japan.

The group held their “100% Spring Concert 2018 – Blossom” concerts in Tokyo and Osaka on April 21 and 30 respectively. During the performances, they shared fond memories of Minwoo with their fans. 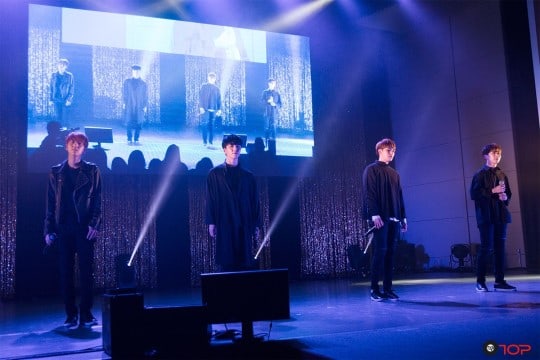 The concerts included meaningful moments to remember Minwoo. Ahead of the memorial stage, Hyukjin said, “Though we are four now, we hope everyone believes, as we do, that Minwoo is with us right now. That’s why we have five microphones on stage.” Chanyong added, “We want to watch the video with you as we sing,” and Rokhyun said, “These are the memories that belong to you, us, and Minwoo.”

A VCR began playing that included a message and clips of Minwoo, and the four other members began singing “Monochrome” from their second Japanese single album. They expressed their grief and longing for their leader through the song, and after they were done, they comforted fans as they said, “Minwoo will always be with us.” They also performed “Cherry” together, a song that Minwoo had been planning to showcase as a solo stage. Rokhyun explained, “‘Cherry’ was supposed to be Minwoo’s song, but we decided to sing it together and share it with you.” 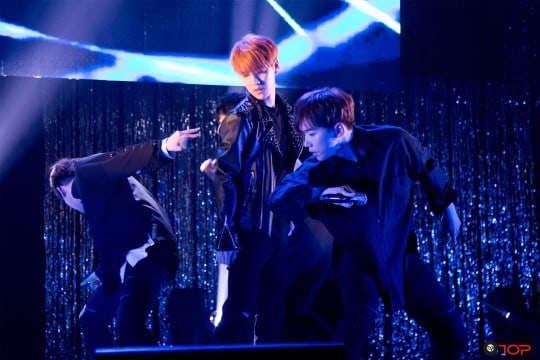 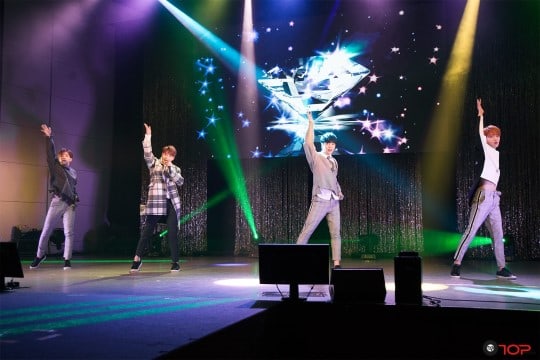 For their last song, 100% performing “Shooting Star” from their third Japanese single album. The song was an upbeat number, and the members got as close to their fans as they could, smiling and interacting with fans on a deeper level. They ended the concerts on a happy note, comforting fans who were grieving over the loss of their leader.