In newly released photos from the filming of the drama, Jang Geun Suk and Han Ye Ri prepare to shoot a scene together outdoors. Even when the cameras aren’t rolling, the two actors are immersed in conversation, with the production staff reporting that they spent their free time chatting happily between takes. Meanwhile, other photos show the actors carefully studying their scripts in the beautiful spring weather.

The scene, in which Sa Do Chan (played by Jang Geun Suk) surprises Oh Ha Ra (played by Han Ye Ri) outside, was filmed in a park in the city of Ilsan on April 20. According to the production crew, both Jang Geun Suk and Han Ye Ri remained bright and cheerful throughout filming, with the two co-stars smiling and playfully joking around with one another. 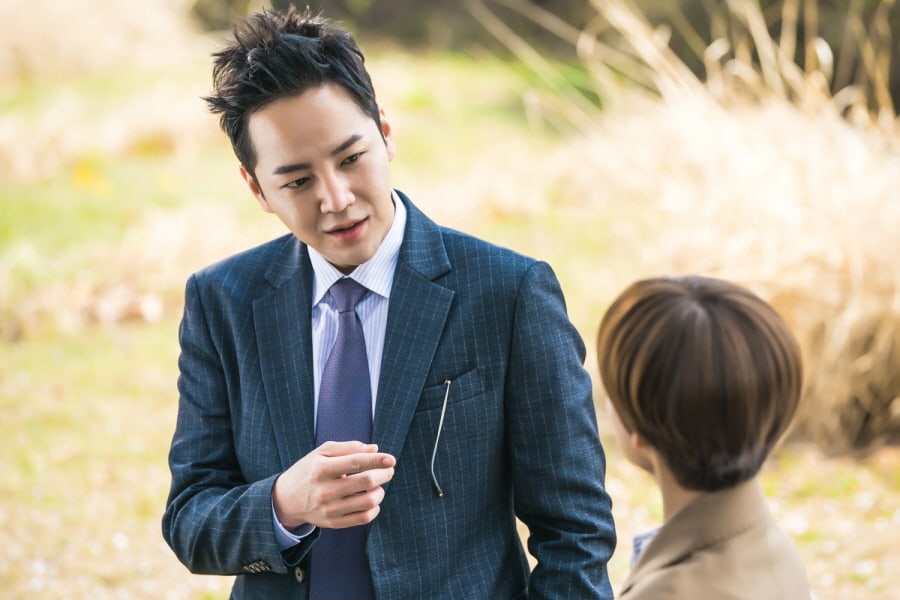 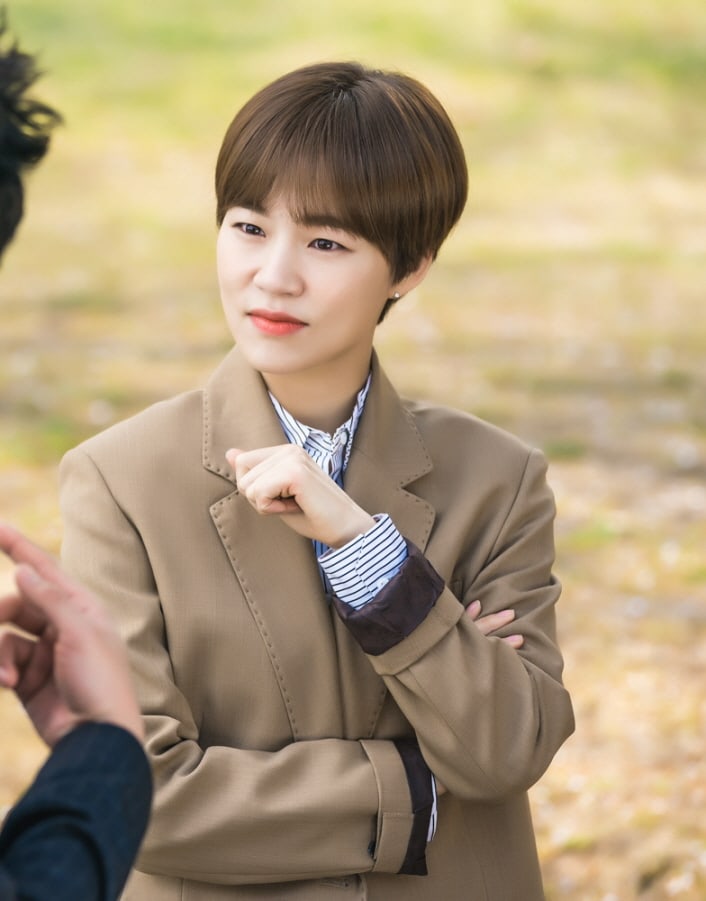 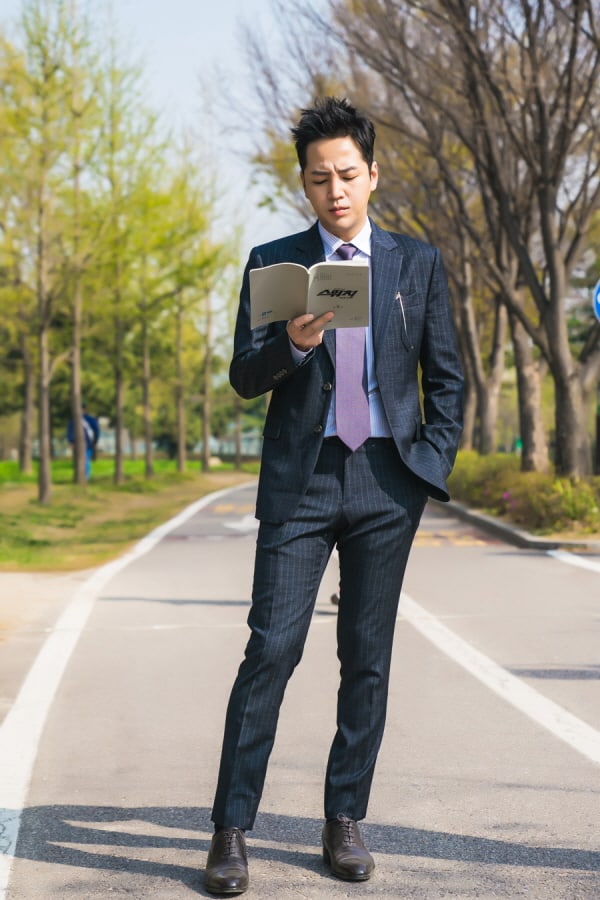 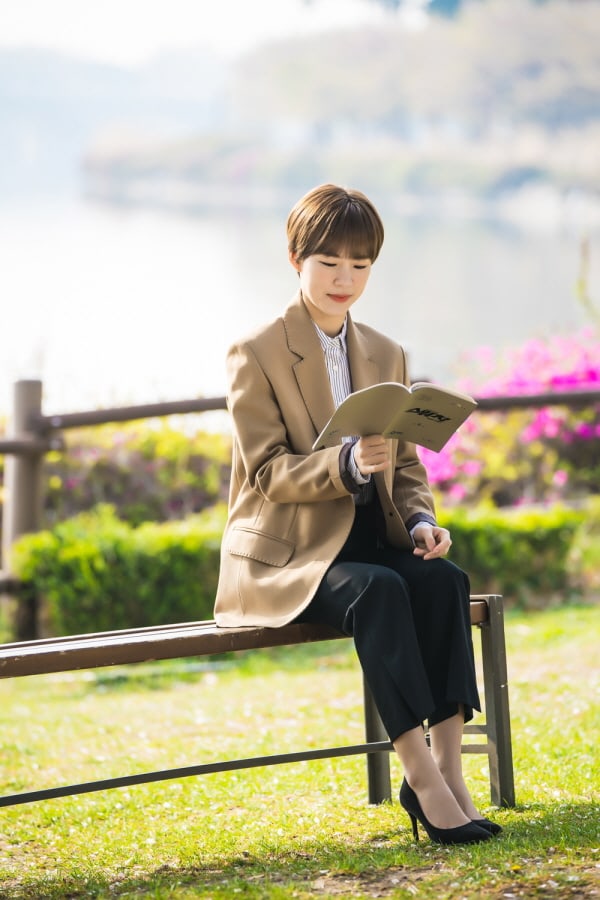 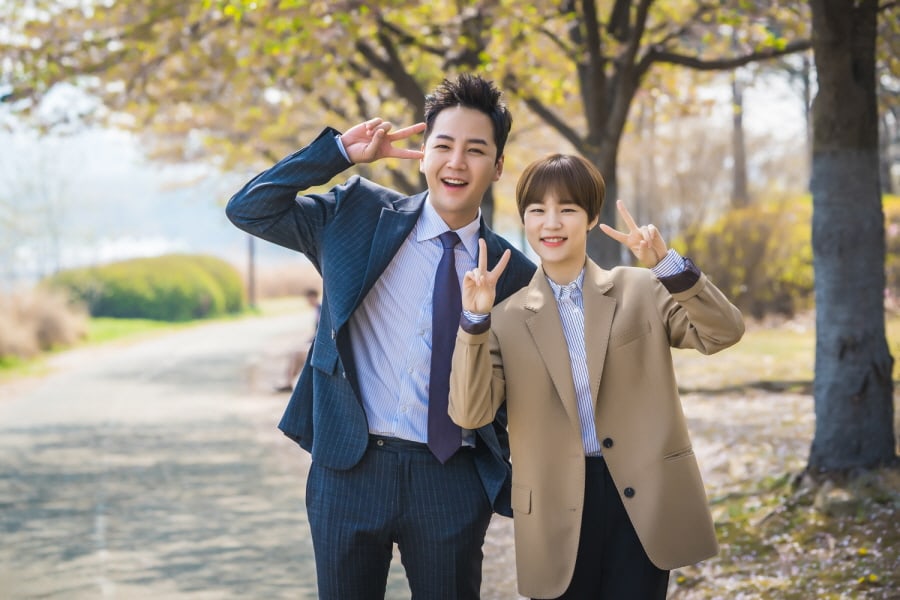 The producers of “Switch” commented, “Jang Geun Suk and Han Ye Ri have been masterfully portraying the chemistry between Sa Do Chan and Oh Ha Ra, who are partners first and foremost. Even without any melodramatic emotion, they have also managed to convey the indefinable heart-fluttering tension of small-screen [romance].”

They continued, “Thanks to the two actors, who are both fully immersed in their respective characters, we have been able to create scenes of an even higher quality. We ask that you continue to show a lot of interest in what kind of ‘switch’ Sa Do Chan and Oh Ha Ra will use next in their schemes.”