GFRIEND talked about some artists that they’d like to work with in the future!

On May 1, GFRIEND appeared as guests on the SBS PowerFM radio show “Park So Hyun’s Love Game.” During the show, host Park So Hyun asked the members if there are any artists they’d like to duet with or composers they’d want to work with.

Sowon replied, “I want to work with the foreign composer who wrote our b-side track ‘Rainbow’ again.” Their song “Rainbow” was included on their 2017 fifth mini album of the same name.

Yuju said, “Lately ‘High School Rapper 2’ is really popular, the contestants on that were really cool and do a good job.” She continued, “If there’s the chance, it would be a really great honor to work together with them.” 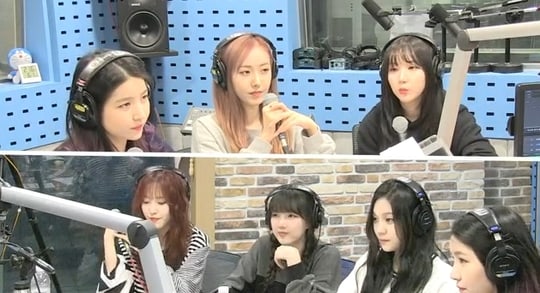 GFRIEND made a comeback on April 30 with their new mini album “Time for the Moon Night.”