The show first catches up with Lizzy, who shares some thoughts on Jung Ah getting married. Lizzy comments, “It might be because I’ve spent nearly the past decade with Jung Ah, but [watching her get married] feels like taking off a piece of my body and sending it somewhere.” 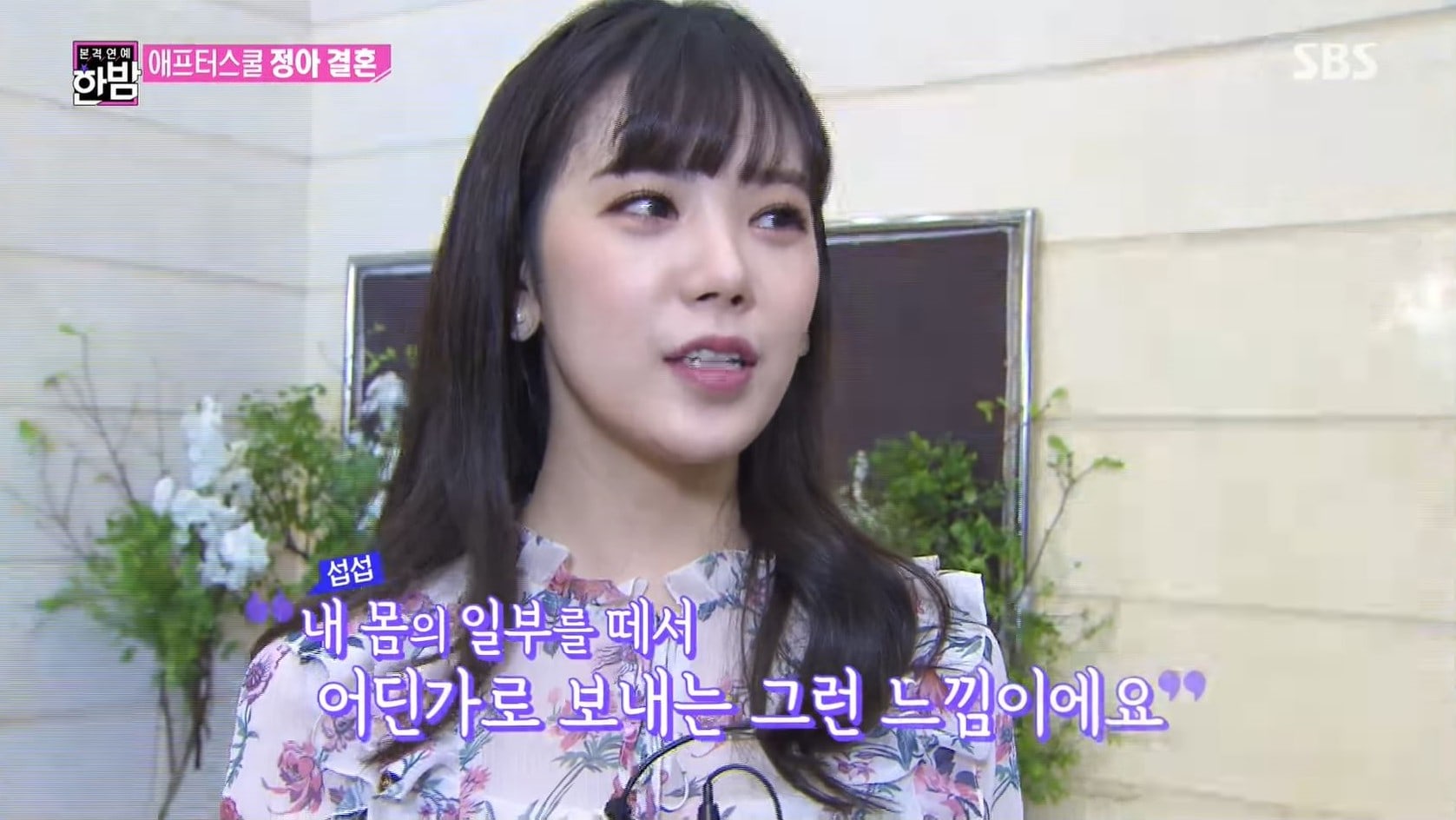 Lee Joo Yeon then joins Lizzy in the interview and remarks, “Rather than feeling sad, I’m very happy about Jung Ah getting married.” The reporter playfully asks Joo Yeon if she’s jealous, to which she replies, “I’m so jealous.” The members made sure to share lots of photos and videos from the wedding as well. 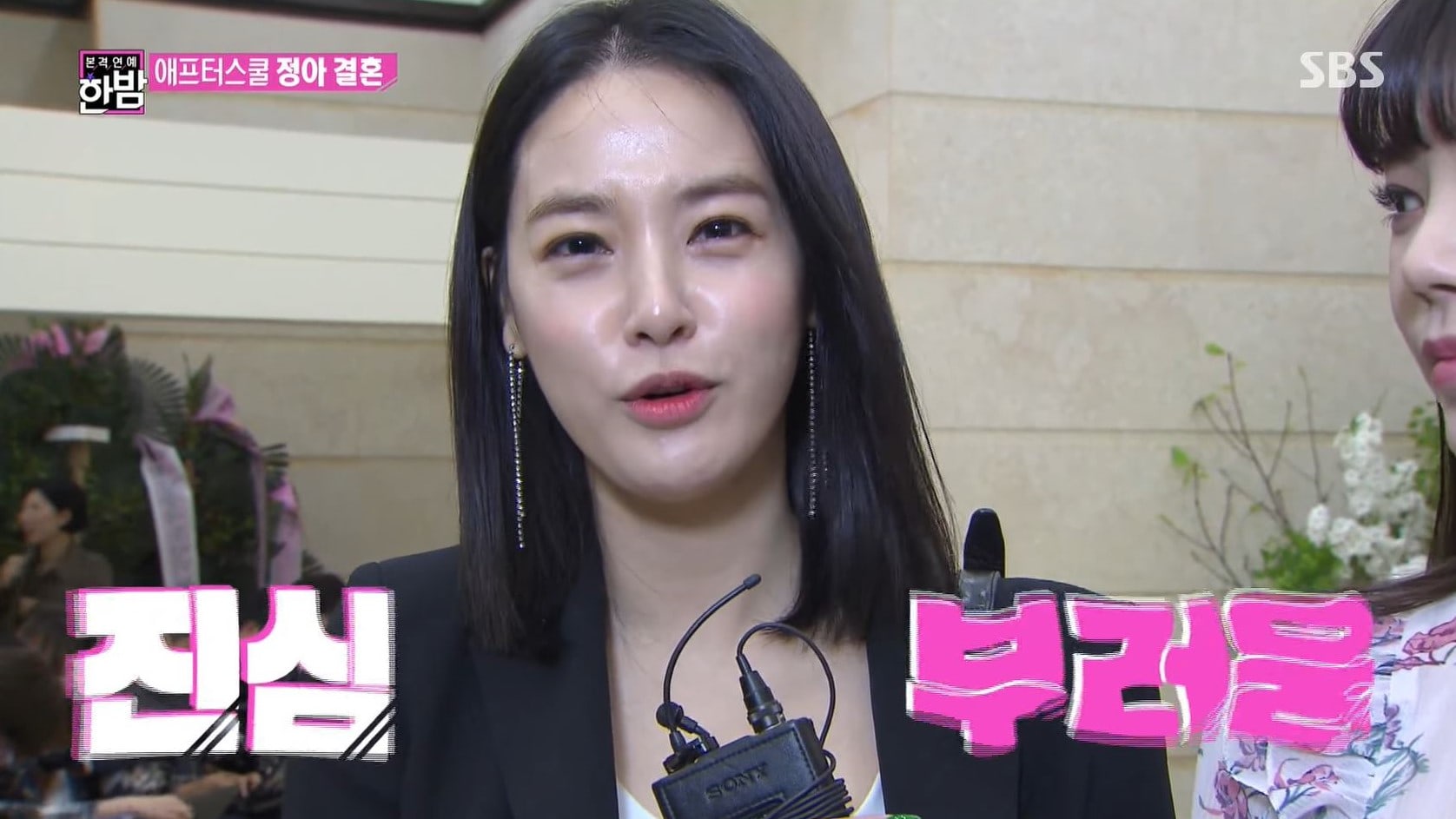 The segment also includes special footage from Jung Ah’s wedding, where Raina comes out with a large box. Jung Ah is visibly surprised, but she laughs after opening the gift. The box contains a drum, which is a nod to one of After School’s hits “Bang!” Jung Ah puts on a small performance with the drum, impressing everyone with how well she remembers the choreography. 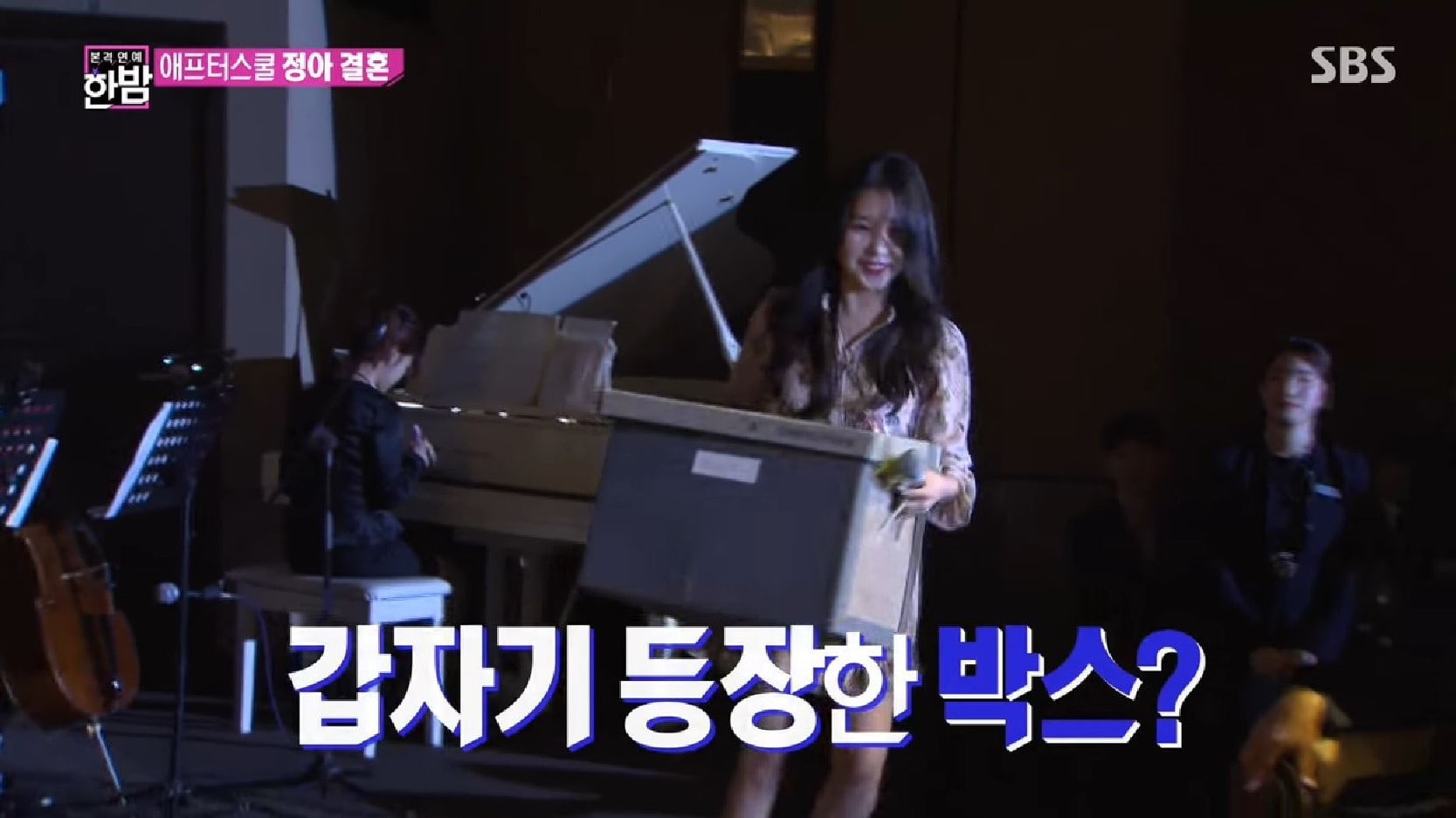 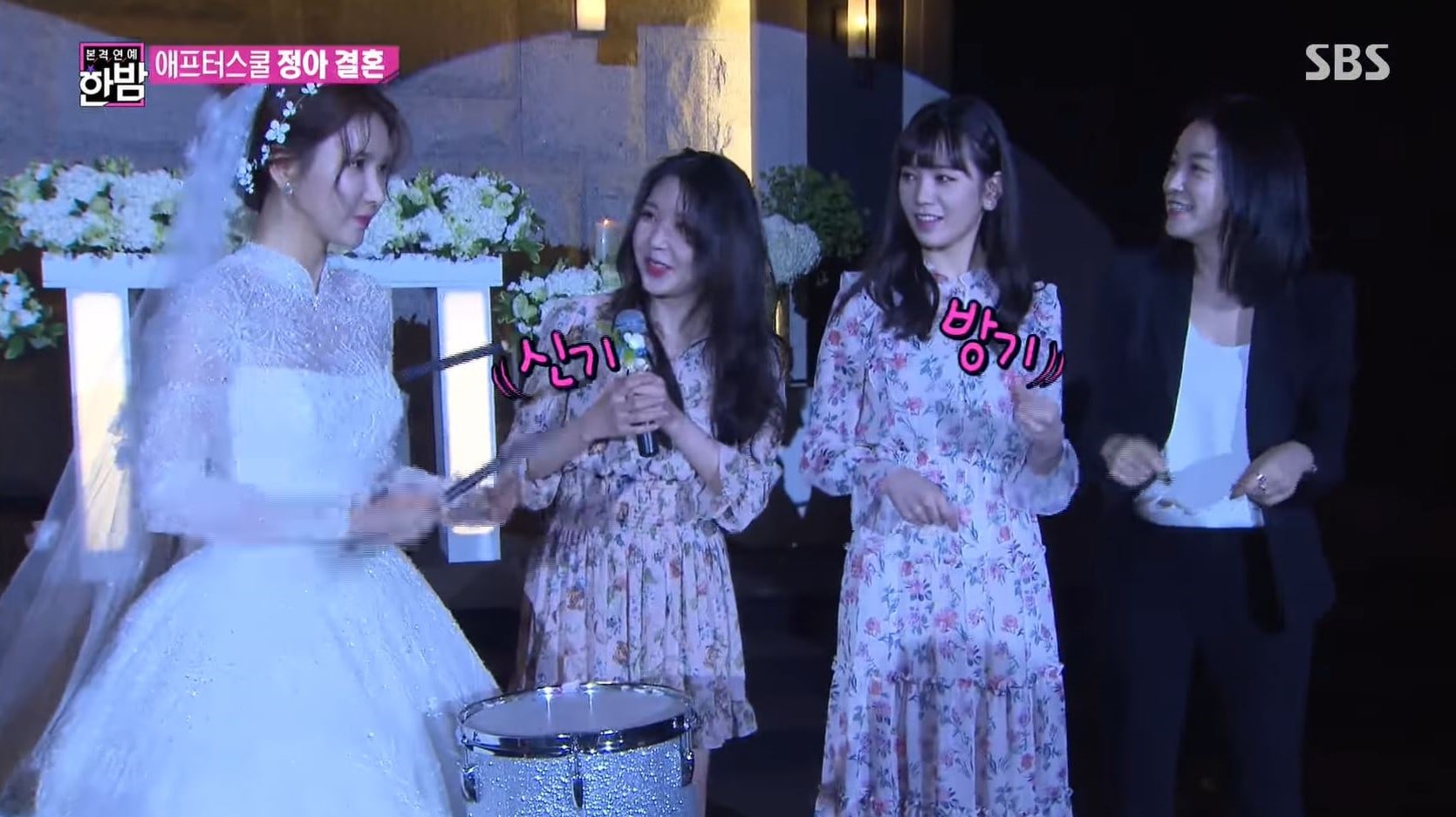 Jung Ah and her newlywed husband then greet the viewers and relay their gratitude. Jung Ah states, “Viewers of ‘Hanbam TV,’ thank you so much for your many congratulations. We will live happily.”

Check out the video below to see some moments from Jung Ah’s wedding!