While many are already looking forward to the trio’s chemistry, “Wok of Love” promises to add even more fun with its additional characters. Jo Jae Yoon, Kim Hyun Joon, Choi Ki Seop, Cha In Ha, and Choi Won Myeong will star as former gang members under Jang Hyuk who follow his path and become sous chefs.

Pictured left-to-right in the image below, Choi Ki Seop will be taking on the role of Jun Lee Man, who finds fighting easier than cooking, while Cha In Ha will be playing Bong Chi Soo, who is fast at memorizing and calculating things.

Kim Hyun Joon will be playing the handsomely tall Kwang Dong Sik, who’s in charge of the dough in the restaurant. Finally, Choi Won Myeong will act as the youngest, but strongest Yang Kang Ho. The five actors will be elevating the drama even further with their solid acting and camaraderie. 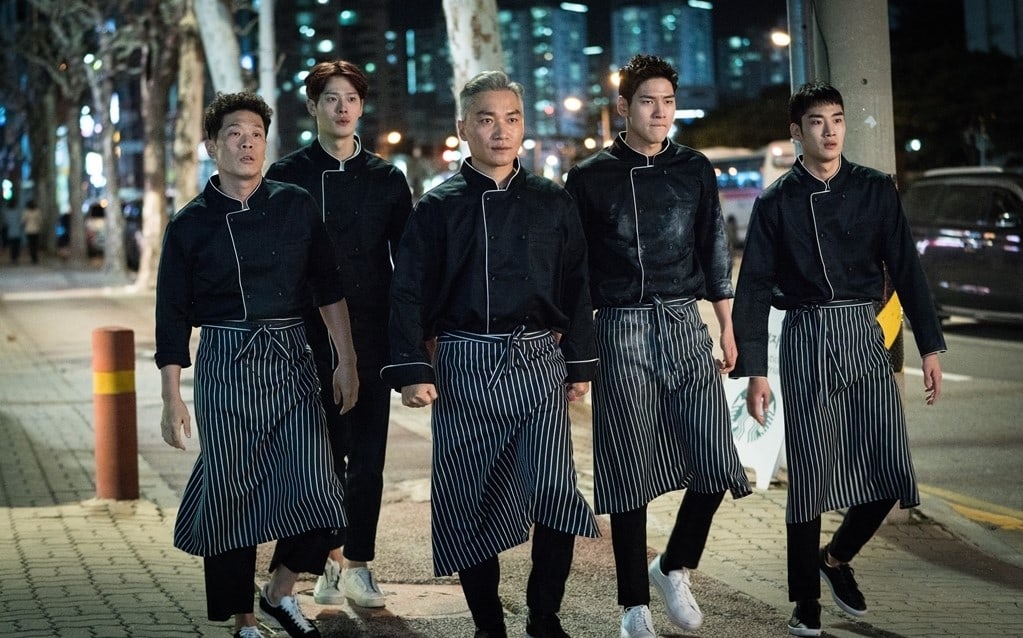 The revealed images capture the two completely different sides of these characters. In one photo, they are dressed in suit jackets, with brightly-patterned shirts underneath. However, the same five people are shown walking intently in matching chef uniforms and aprons in another image.

“Wok of Love” will premiere on Monday, May 7 at 10 p.m. KST, and will be available on Viki. In the meantime, check out a teaser for the drama here!